by Camille Walrath 2 months ago in love 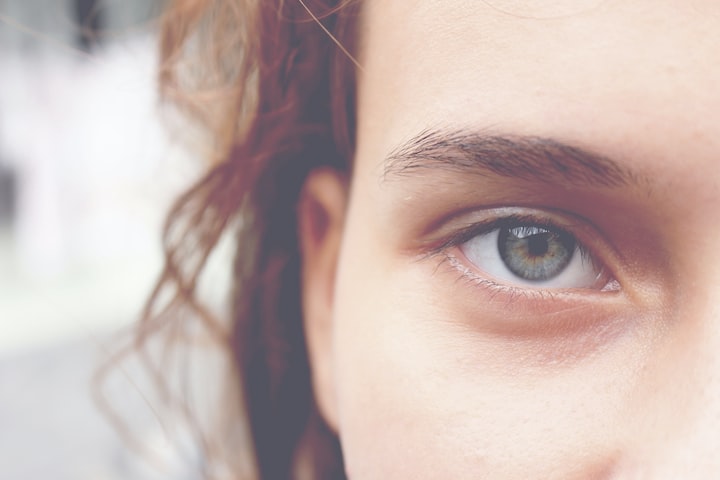 Photo by Geon Tavares on Unsplash

Our bodies are a representation of our personality, our lineage, and what has happened to us during our lives. They tell the story of our triumphs, our strengths, and our struggles.

We all carry an innate ability to read bodies and its language - this is how we can tell if we’re going to like someone before they even speak.

Unfortunately though, societal conditioning leads to this ability becoming tainted or biased, so people can often make unfair judgements of others based on their appearance. We’ve forgotten how to see the true essence of the person in front of us, and instead see what we’ve been told to see and perceive it as the truth.

During my years of working in Physiotherapy clinics, I began to notice patterns between people’s personalities and their body types. Posture assessments seemed to correlate strongly with certain character traits and outlooks on life.

I discovered the world of psychosomatics (the mind-body connection) and completely immersed myself in books and courses describing which body parts are linked to which issues in our lives, and how physical diseases can be a manifestation of imbalances in our psyche.

My motivation to learn it all was driven by my mission to help anyone in pain who was unknowingly keeping themselves in suffering. This could be due to stopping the natural flow of their healing emotions, or maybe from holding onto outdated beliefs.

I learned how people with different body types, hair colours and postural patterns could change their energy to transform the parts of their bodies which were misbehaving.

I thought I had all the answers.

My extensive training had taught me to see what was ‘wrong’ with human bodies. My eye was drawn to parts that were out of balance and needed to be corrected. I had begun to apply this attitude to my assessment of a subject’s emotional anatomy too: “Oh, this person needs to work on their self esteem - I know some great exercises for that”.

I’d see people in the street who I knew needed to get better at trusting others, or some who should show more assertiveness, and then some who needed to stop being so set in their ways. I read their bodies, and made prescriptions accordingly.

Whenever I was observing people it felt like I was surrounded by broadcasts of suffering and shortcomings, and I wanted to tell everyone what I saw. I longed to show them how they could be free of their problems. My concern was rising because I was seeing so many correctable issues, but there was nothing I could do about it without going on an unsolicited advice rampage.

Can’t these people see that they’re messed up, and that they don’t have to live this way?

Aside from all of this, I continued my self awareness practices and began to notice more and more subtle sensations in my own body. Eventually it got to the point that I had to change the types of movies I was watching, because I could feel the detrimental effect that some of them were having on my body and my thoughts.

I’d become more aware of my physiological responses to different environments and emotions, so films that were previously entertaining became impossible to sit through.

I also began to notice something interesting happening when I was out in the community. When I saw somebody with a hunchback, rather than obsessing over what they should be doing to correct it like I had before, I’d notice that I was actually slouching too. I realised that the person had given me a timely reminder to notice how I was conducting myself.

My observations of others were becoming opportunities for me to be more mindful of myself.

In other words, the judgements I’d felt previously had now transformed into introspection and improved self awareness. I’d finally realised that the wrongness I was seeing ‘out there’ was more accurately a sign post to my own mindless habits, and this new awareness presented me with an opportunity to make more conscious choices.

I found it quite freeing that I no longer had to worry about fixing everyone else… But there’s no way I could have predicted what would happen next.

Now, when I was observing strangers going about their lives, instead of seeing broken, sad, imbalanced bodies all around me, I saw beauty in every human I came across.

Rather than a mountain of grief that needed to be processed, I saw a strong woman who loves her family and always does her best to look nice. I saw a brave young businessman who was looking the part and giving it their best.

By letting go of the judgements I’d learned through my education, it made way for something much more powerful to move in: LOVE. My assessments were replaced by a silent reverence for every being who I see cutting through traffic, or looking at themselves constantly in the mirror at the gym.

I’d had my eyes opened to the perfection in every human being, and it now seemed that any time we see something different, it’s an indicator that we need to look within. Are we playing out a mindless habit? Are we disconnected from or rejecting a part of ourselves?

I dream of living in a world where rather than judging and telling others how to live, we grow through introspection and learn that we’re all just humans, living our lives in the best way we know how.

There is much talk about how separation tears families, communities and even countries apart. My belief is that we can’t truly reunite until we heal the original disconnection - the one within ourselves.

Camille Walrath helps people with mystery symptoms and recurring pain heal themselves with her Body Communication method. Camille has a background as a Self Awareness Coach and Holistic Physiotherapist.