by Sara Balliett about a year ago in humanity
Report Story 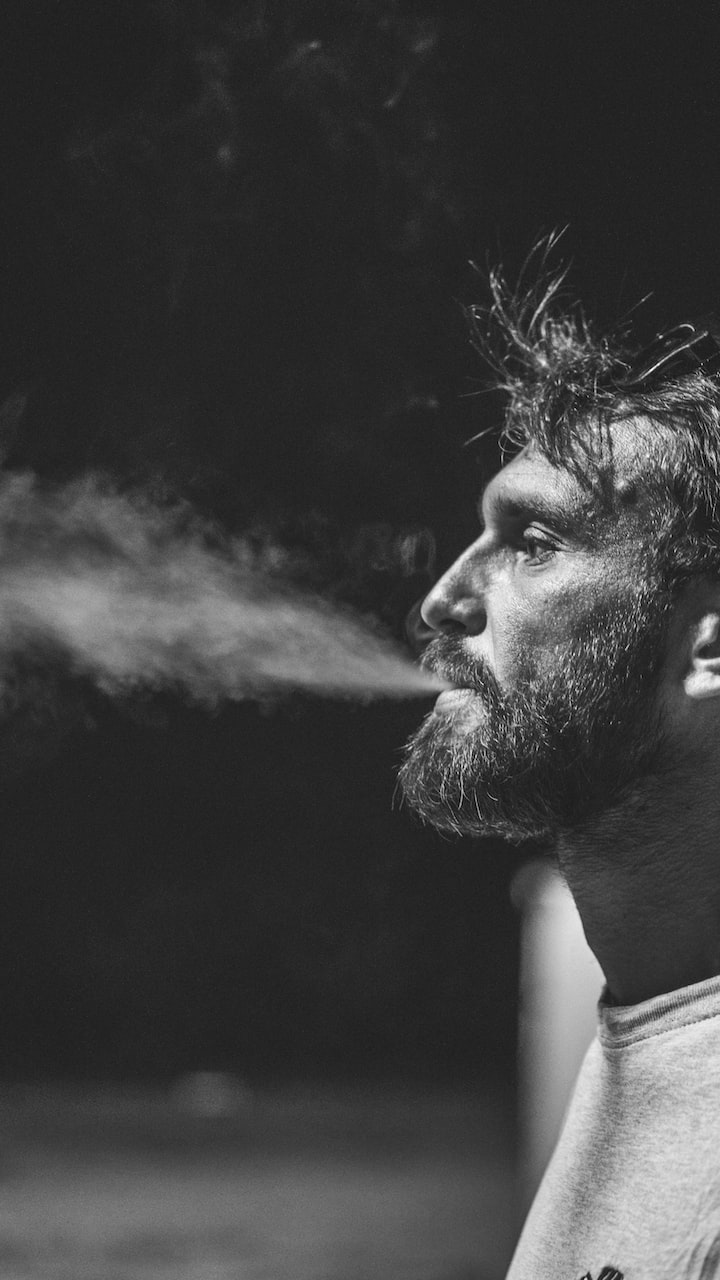 Photo by Amr Elmasry on Unsplash

We both pegged him from the parking lot. I let out a low groan as my coworker and I looked at each other with flat, annoyed faces. "I'll do it", I say with a sigh. "I'll stay close by, just in case.", she says. Once in a great while people simply have terrible hygiene for no particular reason and we're not exactly thrilled about it. But it's the jo

We create. That's what we do. We give new beginnings. We give hope. We listen. They talk to us sometimes. About their lives and joys and heartaches. Today it was heart ache.

His hair was much worse than what I could see of him from him being in the parking lot, looking through the glass. It was long and shaggy. It was dirty and matted. His eyes cast downward as he walked through the door. He was soft worded and nearly whispered to me, "I need a haircut."

Odd. He was odd. And we get a few of those a year. The kind of person you just can't fully read. And because we serve, we have to read a person, and quickly. Do they need a basic trim? Is there a wedding? Funeral? Court? What is happening in their lives? We need to guess wisely to give them the experience they need. And with this fella, I just did not know.

What we do is part art and part psychology. For me, my creations are fueled by emotion. Their stories push me to the next level of service. My co-worker lingers nearby with a broom, waiting for some kind of explanation to his condition. Yes, we were curious. We always are. We had to know how he came to this matted dirty mess.

I tread lightly. I adjusted my tone to match his. He sat down in my chair, shoulders curled forward. He was an empty lump of heaviness sitting there. And I asked. "So, what brings you in today?" "What would you like to do?". He brought his chin up just enough to make eye contact with me in the mirror as I stood behind him. My palms rested on either side of his shoulders and he apoligizes to me. "I'm sorry about this mess. I have court." He pauses, "Do what you can with it".

In his eyes I saw it. The weight. The wariness and warning of his story made my neck hair rise. I reassure him that his "mess" is no big deal and that I could do whatever he asks of me. "Make it respectable if you can." At this point I could have easily just shaved the matted hair off in 10 minutes or less and sent him on his way, but I needed to know, and knowing takes time. I reach into my drawer for a comb. Turning to my co-worker I asked her to pass me the detangler on her station and we begin. My co-worker, now invested, sits in her own chair and pivots slightly in my direction, her head cocked, waiting.

He begins his story as I pick through the wads with my comb. I nod reassuringly as an unspoken communication that he has the floor and we are his audience. " A few months ago, my wife was killed in that accident up the street." He says, as his finger points from his hand, still laying in his lap."The one with the ambulance." He says. I side eye my co-worker and she's already looking at me. We knew exactly which accident he meant. That winter was particularly icy. Cars were off in the ditch every half mile. As a neighboring town's ambulance was returning to its station, it collided with this poor man's wife and two children.

He continues. " I have to fight for my children." " I raised them since they were babies, in diapers, but they're not biologically mine." I feel my jaw tighten up. I steady my breathing and stature. REMAIN PROFESSIONAL was looping on repeat in my brain. At this point 30 minutes had gone by and I slowly reached for my cutting shears. I place the cold backside of metal onto his nape and I ask "here?" He nods in agreement. And I made my first cut, lopping off nearly 4 inches.

"They're my kids." His voice quivering. "They don't even know him, he left them."

My eyes fill. The liquid suspeneded, a blink away from rolling. My hands defy me with a slight tremor, as I outline around his ear. I struggle to watch him struggle. My coworker sniffling, cannot contain herself, and openly cries with him. The salon remains intimately lone, without any other client but him and us.

He continues. "The ambulance that came for my family, also went into the ditch." My coworker nods. " I remember reading that." She says.

I work slowly and deliberately, but nearly done with his hair. I had scissor cut his entire head into a "respectable haircut for court." I can see a small weight had lifted as his story came to a close, after an hour or so. I think he felt lighter. Maybe a little stronger or braver. " I never got to adopt them. We didn't think we had to hurry it. He never seen them since they was born." He says. "Im afraid they could win. Take my kids. And the kids will be scared."

I'm done. I dust him off. And remove his cape. He looks at himself in the mirror. "Thank you so much." He says as he stands. He gives us a strained smile. I tilt my head as I always do when I feel deep empathy. He has his chin pulled up and lips rolled inward as a reflection of his reality and what lies ahead. We hug him in an awkward group hug. " You can do this man." And we tell him encouraging words as he walks out the door.

We create. But sometimes WHAT we create is something different. It's more than hair. Sometimes they come to talk. And we listen. We carve out what we feel. Their vibes bring our art to life. And they leave changed. His devastation was the explanation. And we judged him before he came inside. This was a learning experience for me. It changed my art and what I see in others. I wonder if he remembers me and his court appropriate haircut. Whatever I do now, I dig for passion. And I believe my craft reflects that.

More stories from Sara Balliett and writers in Humans and other communities.