All In Favor of a Heliocentric Solar System Say "Aye!"

It always puzzles me when someone talks about the conflict between science and religion. I’m a religious person and I also believe in the value of science, yet I’ve never experienced any conflict. I feel like I must be doing one of them wrong. 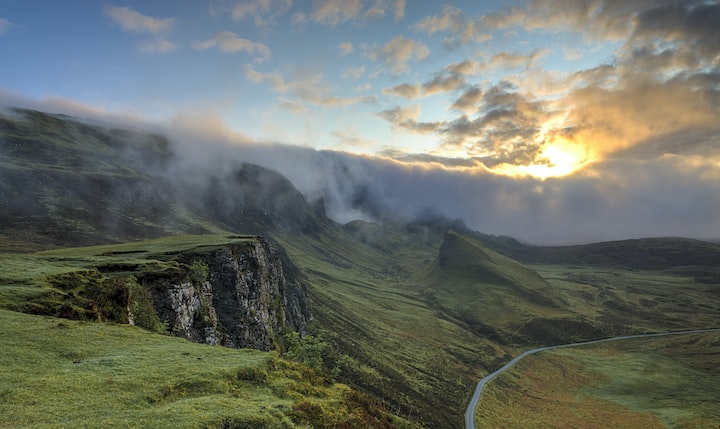 As I see it, there are five main systems that shape the Western world. These are: Science, democracy, capitalism, religion, and American Idol. Everybody seems to think that the world is headed toward more of all of these things – all of them, that is, except for religion. Religion, for some reason, is always seen as the runt of the litter, doomed to lose out to its more robust siblings. And yet, if I were to pick the two systems that are most likely to come into conflict (putting aside American Idol), it wouldn’t be science and religion. It would be science and democracy.

Think about it: Science is all about facts. Facts are brutal and unyielding. They are what they are, regardless of how anyone feels about it.

Democracy, on the other hand, is all about opinions. You don’t have to have a shred of evidence to support your choice at the ballot box. And once you vote somebody in, they are in no way bound to act according to reason, facts or logic. They just do whatever feels right to them, based on any number of possibly completely irrelevant factors. It seems inevitable that these two systems will butt heads. The EPA is a case in point.

Where it gets really weird is when people start combining the two systems. For example, when you ask somebody how they know that global warming is a serious problem, they will most likely rattle off some statistic about how many scientists agree that it’s a serious problem. Huh? I thought science was about presenting facts and testing hypotheses. Now we’re favoring scientific theories based on sheer numbers?

It reminds me of the old joke about the kindergartener who brought a puppy to school for show and tell. The class couldn’t decide whether the puppy was a boy or a girl, so they voted on it.

The problem, of course, is that voting doesn’t do a damn thing to change the facts of the situation. If the people voting don’t have any basis for voting one way or another, all you’re getting is a collective guess. Well, hell, I can do that. Who needs scientists?

Remember those Trident commercials about how “four out of five dentists we surveyed recommended Trident for their patients who chew gum”? What a ringing endorsement that was, huh? They preselected a bunch of dentists and basically said to them, “Well, yes, we know gum is bad for you, but if one of your patients insisted on chewing gum, would you recommend chewing sugarless gum, such as, say, Trident?” And they still couldn’t get the fifth guy to buckle! That dentist had some balls, I tell you. In the seventeenth century, four out of five dentists thought the sun revolved around the earth. Too bad the fifth one was a guy by the name of Galileo, bitches.

If we’re really serious about the science-democracy mashup, we should make it into a reality show like, well, American Idol. You start out with ten thousand scientists from across the country, each with competing views on global warming, and gradually eliminate them by, um, denying them tenure or something. We can work out the details later. But the important thing is that the winner will get to determine our policy on global warming. Hopefully it will be someone with a good head on his or her shoulders, who is also cute as a button, much like Kelly Clarkson. But if the winner is the scientific equivalent of William Hung, then we’ll just have to deal with it, even if it means living in aluminum huts and driving coal powered submarines for a year.

Which brings me to my point: These so-called “scientists” have far too much power in our society. We need to level the playing field a bit. To that end, I’m starting a scientific institute called, um, the Mattress Police Institute for the Advancement of Scientific Missions of Awesomeness, also known as MIASMA (the ‘P’ is silent). To work at MIASMA, you must:

1) Own a white lab coat, or intend to buy one when you have the money.

2) Believe in the advancement of Science through Scientific Missions of Awesomeness.

3) Believe that no list is complete without at least three items.

To apply to MIASMA, simply leave a comment below. Once you are accepted into MIASMA, you are considered an official Scientist, and may weigh in on important matters such as global warming, global cooling, and global staying-about-the-same-ing. Together, we can ensure that science gets the injection of pure democracy that it needs in order to keep our interest. I look forward to working with you to make/keep our planet a comfortable temperature.