by Dan Pittman 11 days ago in humanity

A little-known story about Dr. Seuss 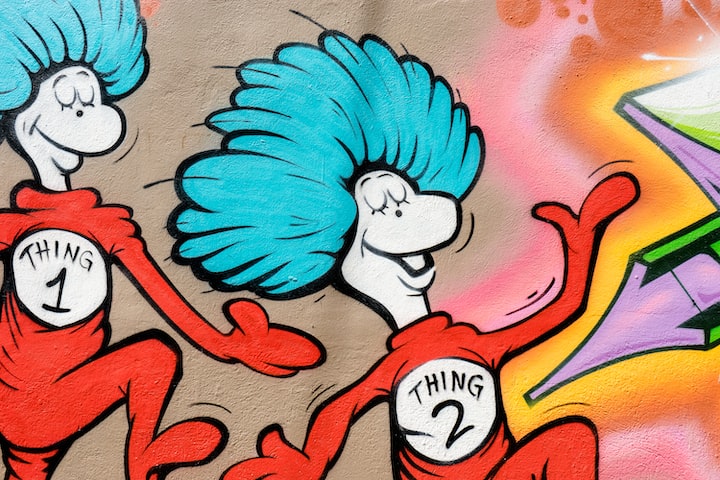 I’m sure most of you have heard about the cancellation of a few Dr. Seuss books recently. I’m also sure you have been informed that he was someone who harbored racial biases, and it likely altered your perspective of him as a person.

Allow me the opportunity to alter your perspective once more.

While listening to the DarkHorse podcast with Bret Weinstein and Heather Heying, they brought an interesting and little-known story to light. This podcast was a couple days after the cancellation of six Dr. Seuss books, based on claims of racist imagery and terms. Three of these books are:

To be clear, it’s important to note that there was certainly some racist imagery and messaging in Dr. Seuss’s early work that I will not argue against. It is quite clear that during the pre-war years, he held racial biases against the Japanese people, as depicted in his political cartoons.

Now, let’s pause and place ourselves in his shoes. It’s the late 1930’s, tensions are high between Japan and the United States. The US government showed many signs of support for Hitler’s Germany in the years leading up to war; support which obviously changed course soon after. The government quite literally built camps for Japanese Americans to be placed in, and the American people had a genuine fear of spies existing among them.

As we look back on this time period, it’s easy for us to scoff and say it was abhorrent behavior, (which it was) but at the time it had support across the country. Animosity, fear, hatred, and contempt were felt toward the Japanese by millions of American people. Dr. Seuss was one of millions.

Here’s where the little known fact about Dr. Seuss comes in. He decided to visit Japan in 1953 to challenge his own perceptions and biases. He visited Hiroshima, where the U.S. military dropped an atomic bomb killing about 70,000 human beings in August of 1945.

His experience in Japan caused him to turn inward and challenge his own way of thinking. So much so, he published Horton Hears a Who one year later. Do you remember the famous quote from that book?

A person’s a person, no matter how small.

History: A slate to be studied, not wiped clean

It’s quite interesting and remarkably perplexing to see a movement to wipe his work from history, as he embodied what it means to be wise. He sought out perspectives that challenged his worldview. He admitted his wrongdoings when new perspectives changed his outlook. He then took it a step further and not only lived it, but translated that lesson into a story that captured the attention of millions around the world in hopes they wouldn’t make the same mistake.

Instead of acknowledging the past as what it was, this is an attempt to change it, which defeats the core principle of studying history - to observe what has occurred in the past and acknowledge that it brought us to where we are now. What can we do to make the present better in order to create a more positive history for the next generation to look back on?

Who are we to judge?

Shouldn't we all strive to challenge our perspectives and be allowed to make mistakes in order to grow? How could you formulate an argument that says this is bad? Are we all to be scorned for every mistake we make in our lives without any hope for redemption?

Do you think your name is safe from being sullied if it’s now deemed appropriate to wipe away and cancel the likes of Dr. Seuss?

I don’t know what kind of delusion one must slide into to believe that we, tiny specks of dust, can pass judgment upon other specks of dust that meandered through the universe decades or centuries before us and decide our current emotional state is more important than their entire existence.

Attempting to alter the past because it does not suit your current way of seeing the world ensures that you will never grow.

If you find yourself saying “I want to rewrite history” instead of “I want to make history”, you’re on the wrong side of history.