A New Friend and a New Beginning for a Desperate Introvert

by Sean Patrick 2 months ago in friendship

You never know who is going to change your life. 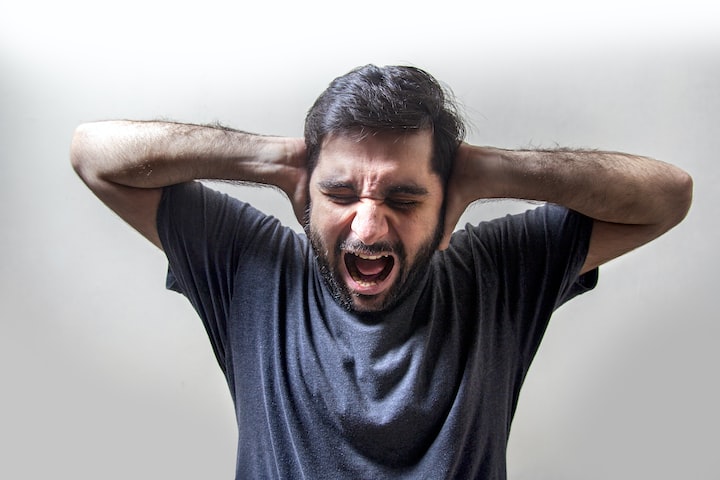 Photo by Usman Yousaf on Unsplash

My friend Manisha is incredible. She was, when I knew her, a dynamic social butterfly. She interacted with people with the ease and grace of a genuine friend, even when speaking to strangers. She and I met when she tried her hand at radio broadcasting. It was my job to train Manisha to operate the board, the place where all of the volume control sliders are located. I taught her where each one was, what they controlled and when to deploy the correct one at the proper time and volume.

She, in turn, made me her friend immediately. Despite my being desperately shy outside of a radio booth, she never thought for a moment about bringing me into her friend group, I was simply embraced by her immediately. It was clear that she didn’t see me as a romantic option, and that was okay with me. I was far too shy to flirt with any intention, all of my flirting tended to be accidental or, perhaps, instinctual.

It wasn’t long after we became co-workers that she invited me to a party and I witnessed how remarkable she was. This observation came easily to me as I didn’t have anything else to do but observe. I am the classic wallflower at parties, I don’t know what to say and, at the time, I was relatively paralyzed by the notion of speaking to strangers. Most people judge that to be strange and creepy and will abide the quiet people by judging them silently and moving on.

Manisha however, was undaunted. She had determined that I was a good person and was in turn determined to help me get out of my shell. She introduced me to people, prompted me with topics to discuss and then left to let me sink or swim in any situation, with her confidence placed in me that I could in fact handle the situation. Through Manisha, I made many long time acquaintances whom I occasionally still have kind words with.

It was New Years Eve of 2004 when Manisha made me attend a party at a location that was completely foreign to me. It was at the home of someone I was slowly becoming friends with though they seemed to only tolerate my existence when Manisha shoehorned me into her circle. This party was one of the hardest nights of my life. While friends bounced around and had conversations, I was trapped inside my own mind.

I barely spoke to anyone the whole night. Food and drinks were being offered but I was so frightened of spilling something or dropping something that I refused to take anything offered, which then compounded my fear as I thought I was being a bad guest. I found a spot on a couch and on the television was a U2 concert. The host was very proud of his sound system and appreciated that I sat and listened to him talk about it for several minutes, not saying a word but smiling and nodding.

Eventually, the host moved on to telling other people about the sound system and I sank into that couch and felt this intense feeling of invisibility. I sat quietly and I watched the party happen all around me. Internally, I was screaming, I was reaching out trying to communicate with people but not finding the words. If someone noticed me, my eyes darted back to U2 and I would listen to Bono and analyze his words for meaning. Mostly, people did not take notice of me and part of me was happy for that.

But, this other, buried, part of myself was crying out. The part of me that wanted people, relationships, conversations, was being choked to death by my anxiety and depression. This part of my inner self was screaming for attention to the point that I felt insane, like I had a second personality that was fighting to be released. Eventually, that part of myself did pop out but not because I allowed it to.

The party was ending, I was going home and Manisha grabbed me. In her typically Manisha manner, she had someone she wanted me to meet. She’d been busy most of the night but had managed to find time to be disappointed in me for staying on the couch all night. She was not going to allow me to leave without having had some sort of interaction. That night, she wasn’t aware of it, I wasn’t aware of it, but she changed my life forever.

That night, Manisha introduced me to a lifelong friend. This person would be the catalyst for saving myself from depression and anxiety. Meeting Faith lit a fire in my soul that led me to going to therapy, to taking seriously the anxiety and depression medications that helped to sustain my life. Because I wanted to know Faith and be where she was, I went on this incredible emotional journey.

That friendship with Faith will last a lifetime and changed me in the most profound and positive ways. When I don't feel like I fit in, I know that I fit with her. When I struggle for words she fills in the blanks. My anxiety and depression still come and I can still struggle in social situations but now have an life preserver. I have built the tools within myself to survive and occasionally even thrive in social situations and all thanks to this friendship.

Manisha and I have fallen out of touch for the most part but she will always be the one who lit the spark for me. Her generous spirit, her love of people and her care for her friends helped me take the steps that I needed to stop the internal screaming and to open up, little by little. She loaned me confidence and cultivated the best of me. It may have been her nature to make everyone her friend but I nevertheless felt special because she seemed to choose me as her friend, a project that she could cultivate and help to grow. If you lucky enough to have a friend like that be grateful.