by Alexandra Hontalas-Adams about a year ago in halloween

Halloween is almost here! Once again, it's time to gape at the offensive and cringe-worthy costumes that some clueless executive signed off on.

There was a lot of stiff competition this year. I’ll be listing the offenders in descending order, so make sure to read all the way to the bottom to read about the worst of the worst. 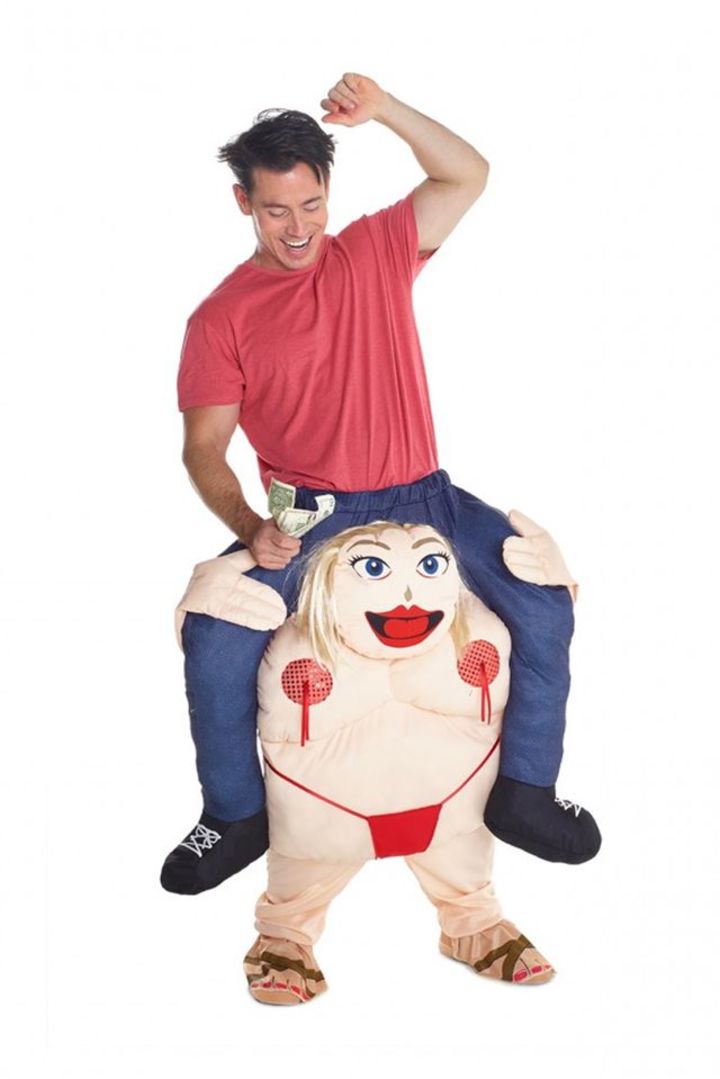 This is a classic example of a shock value Halloween costume. It’s a simple formula: visual gag + controversial and/or sensitive subject matter = a long night of complaining that uptight snowflakes don’t get your sense of humor.

When you break it down, what does this costume say to the world? On a day when you could present yourself as countless fantastical and/or cool things/people, you chose to dress as someone riding on the back of a stripper. Do you want us to be impressed that a woman who is paid to flirt/seduce people would willingly indulge you? Wearing this costume advertises you're incel status to the world.

In this tasteless costume choice, there is so much misogyny that I don’t know where to begin. Let’s start with the fact that the woman is literally an accessory for the man. Then move on to the body shaming, before capping it off with some classic slut shaming.

Dehumanizing a maligned and extremely vulnerable demographic doesn’t make you look like a rebel who doesn’t play by society’s rules. It makes you look like an ignorant shmuck. 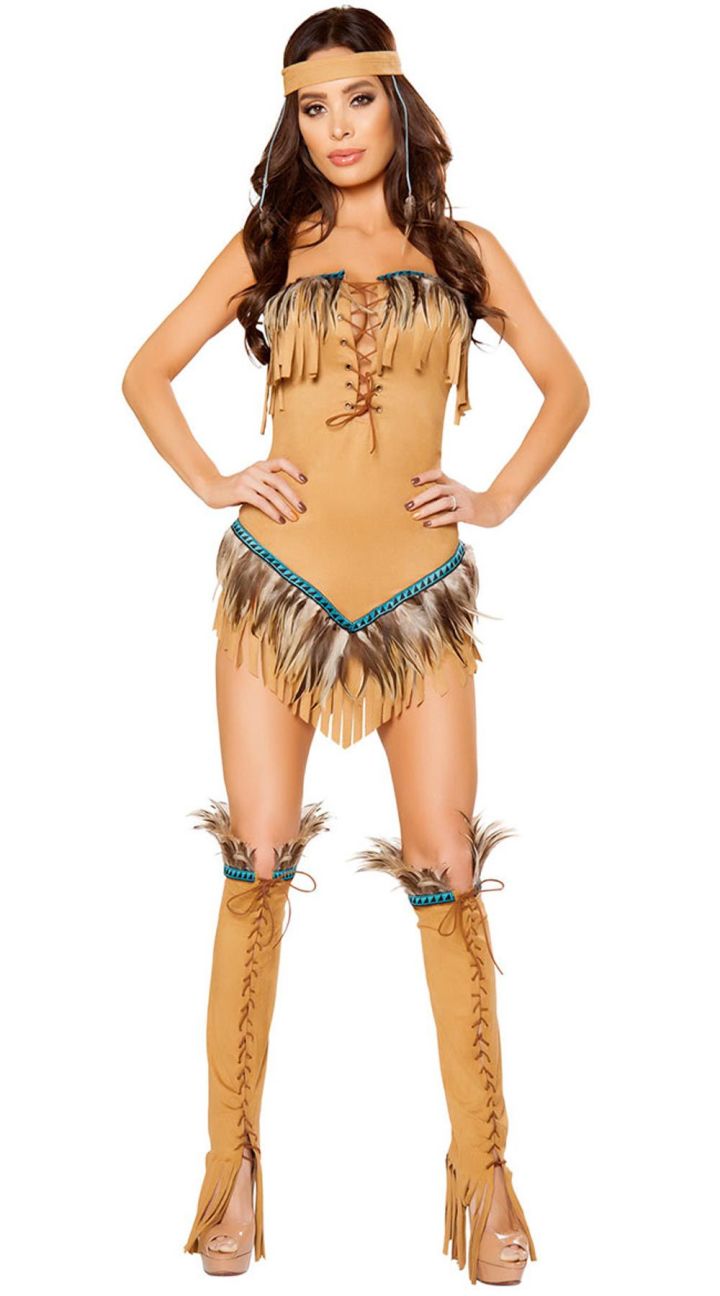 Every year there are plenty of “sexy *insert ethnic group here* costumes.” Not only are they examples of cultural appropriation, but they also play into offensive and damaging stereotypes about the group in question. Out of all of the costumes in this subgenre, I’ve chosen to single out Yandy’s “Native Seductress.”

America has a long and shameful history of white men committing sexual violence against Native American women. This costume fetishizes the historic abuse of an entire race of people. What about that is sexy to you?

Current events make this costume even more tone-deaf than usual. Native Americans are still being disenfranchised and having their votes suppressed. 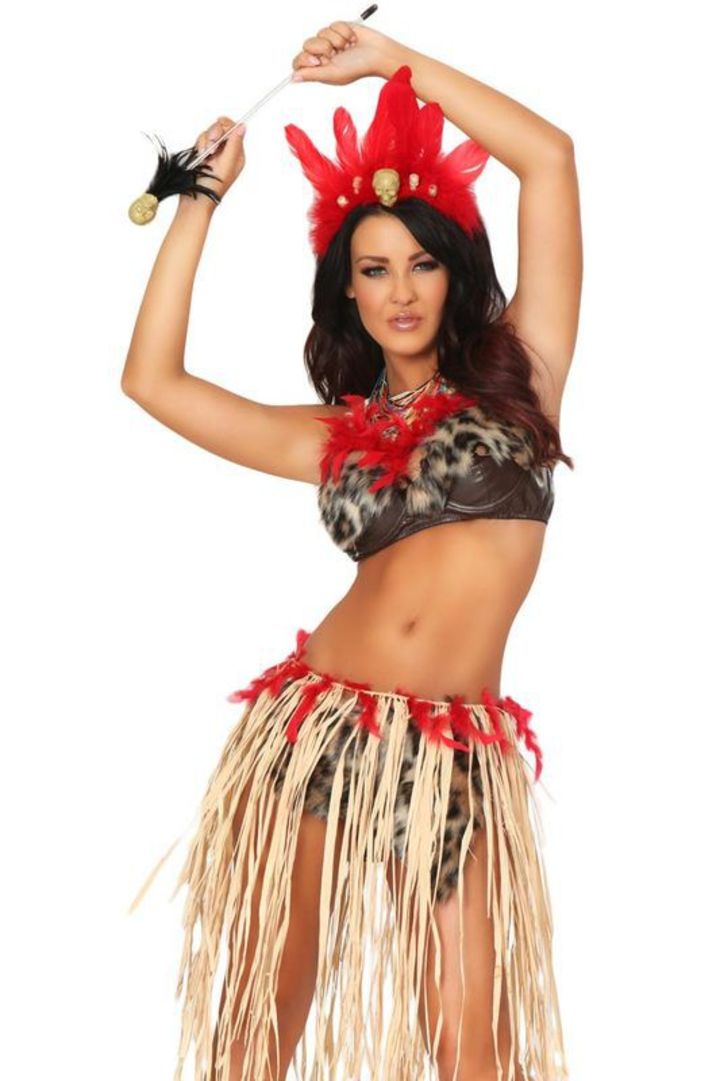 Voodooism is a religion that originated in west and central Africa. For centuries Europeans have misrepresented it, claiming that it’s a form of witchcraft and connected to Satanism. In the U.S., Voodoo is associated with the African diaspora.

So, to recap, this costume makes a mockery of the ancestral religion of a group of people that the American government systematically oppressed and exploited for centuries. Why would anyone think that’s a good idea? 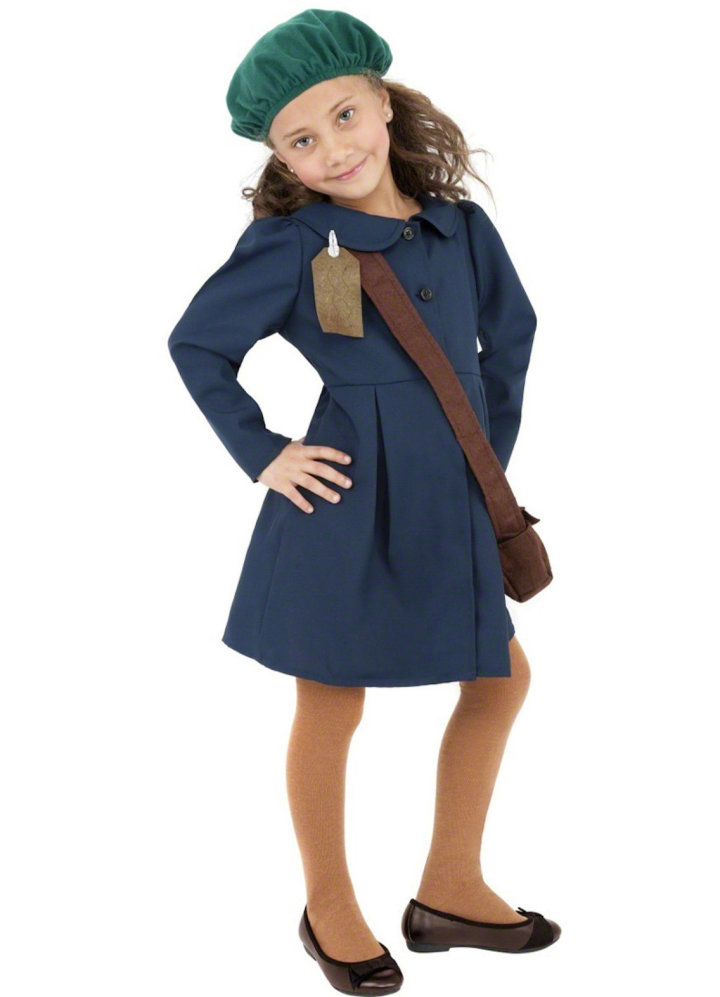 The only reason this isn’t my number one pick is that the offensiveness comes from the context, not the inherent nature of the costume. Unlike all the other costumes on this list, the creator did not use the design elements to mock or trivialize the subject matter. For this look, there are no double entendres or “wacky” props.

If you saw the image above out of context you might think it was a theatrical costume for a play set during World War II. In that specific instance, the costume would fly under the radar as inoffensive. However, if you used the “Native Seductress” in a play honoring Sacagawea it would still be offensive and inappropriate.

BUT none of that stops this from being a shockingly disrespectful Halloween costume. The fact that it’s a child’s costume only heightens its repulsiveness. I find adults dressed as children disturbing, but at least they’re adults making their own mistakes. Anyone wearing this costume had it bought for them. This brings up some alarming questions about what they’re being taught at home.

Current events make this costume choice truly horrendous. This Halloween will happen only four days after the Squirrel Hill Synagogue attack. If anyone thinks that this costume is appropriate in the wake of a national tragedy and anti-Semitic hate crime, they’re a real monster. 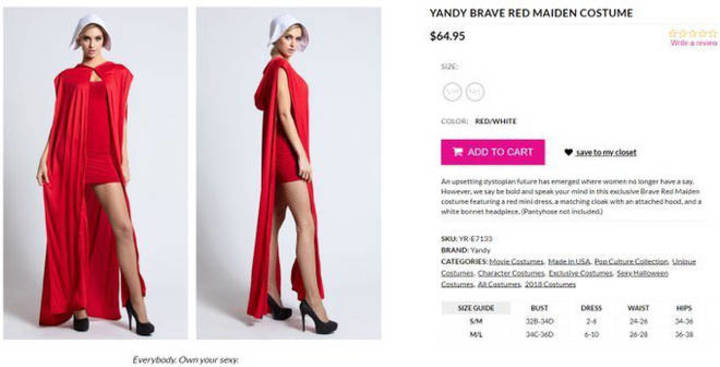 I could easily write a whole dissertation unpacking everything wrong with this costume. But I’d end up with a burst blood vessel, so I’ll keep it short and sweet.

In case you aren't familiar with The Handmaid's Tale, it's a TV show set in a dystopian society where women have been stripped of their right and forced into sexual slavery. The handmaids are raped and forced bear children for the elite. It’s based on a novel written in 1985, yet its subject matter is frighteningly relevant and hits too close to home. This costume is a “sexy” version of the uniforms that the captive handmaids are forced to wear.

After receiving backlash on social media, Yandy issued a statement saying that they’re trying to empower women by encouraging them to “own their sexuality.”

Thankfully this costume has been pulled and is no longer available. The designers of this costume and the people who bought it really need to read some Roxanne Gay. Stat.

Hello, I'm a freelance writer living in Los Angeles. I cover a wide range of subjects so there's something for everyone.

Feel free to check out my Youtube channel: https://www.youtube.com/channel/UCKLdHUHOBo4kMRkB8bcW-jw?view_as=subscriber

See all posts by Alexandra Hontalas-Adams →