by Alexis Bellaw about a year ago in movie review

Alright, before you start reading I want to warn you this has spoilers in it. Please refrain from reading if you have not watched any of the following and plan to watch them: House of 1000 Corpses, The Devil's Rejects, or 31.

I'm sure some of you are probably like, Rob Zombie? Who's that? He makes movies? Rob Zombie is a director, a song writer/heavy metal singer. He's married to Sheri Moon Zombie who is usually a main character in his movies. He's currently in production of his latest movie, Three From Hell, which is the third movie to House of 1000 Corpses, and The Devil's Rejects.

House of 1000 Corpses is probably his most well-known movie. I first watched it when I was about eight years old. I thought it was kinda scary honestly. As I got older I became obsessed with all of Rob's movies, not to mention I'm obsessed with Sheri. 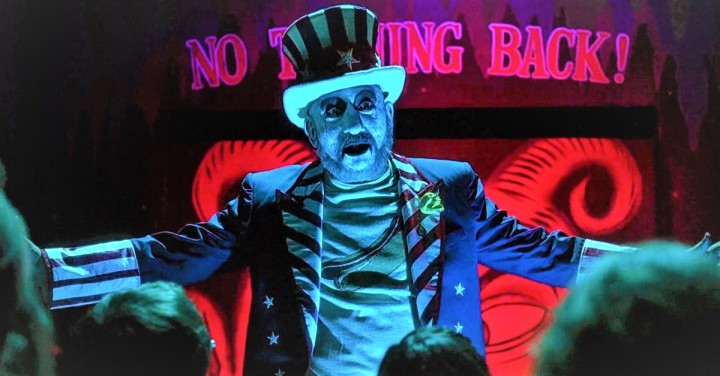 Captain Spaulding on the Murder Ride

This movie was released in 2003. As mentioned above, this is Rob's most well-known movie. It's made like an older movie than it is and I don't like movies like that normally, but for some reason I can't get enough of this movie.

The movie starts out in a little gas station that includes a horror museum. One of my favorite characters, Captain Spaulding, owns the joint. I tend to quote him and the other characters from this movie a lot. My favorite thing about this movie though is how it's realistic horror along with tons of gory details.

Two couples end up running low on gas and stopping at Captain Spaulding which leads them to a wild experience. They take a murder ride and the girls don't want to, but the boys convince them.

Everything that happens here lead the four to looking for a tree that Dr. Satan was supposedly hung. However, they get a flat tire that was intentional. They just didn't know that. They had picked up Baby along the way because she was stranded in the rain. She tells them her brother has a tow truck, so Bill and Baby walk to her house in the rain.

They shouldn't have picked Baby up, but I'm glad they did. My favorite character of all time is Baby Firefly. That's not just because she's Sheri either. I just love the character; her psychotic personality draws me to her, I guess. I also really liked Grandpa and his vulgar humor.

The four end up all dying in the end, some before the others, but I cheered the Firefly family on. Sounds kind of horrible doesn't it? 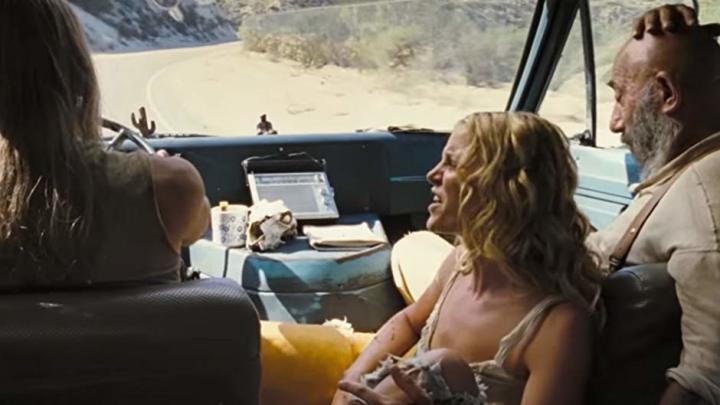 The three on the run argue about getting some ice cream. Tutti fuckin' fruity!

The movie starts out with Tiny dragging a lifeless body through the woods. He noticed the police piling in on the property. They couldn't see him, but they surrounded the farm house the Fireflys lived in.

It all began with a shootout. RJ was lost in battle and Mama Firefly ran to her son only to get a gun pointed to her face. She attempted to shoot herself, but the gun was out of bullets and was taken into custody.

The brother and sister, Otis and Baby, run off escaping the cops and staying on the run where they contacted Captain Spaulding so they could meet like they had always planned.

So much goes on throughout the entire movie. The main focus on Baby, Otis, and Spaulding. The sheriff eventually goes bad cop and just wants them dead.

Sadly, the very end is another shootout. It's not so kind to the Fireflys this time, though. They died in the car going full speed towards the cops. I honestly cried watching them die. I grew so attached to them. They were horrible people, yet I loved them.

For a long time I figured that was it. They're dead. No more stories about the Firefly's, their life is over. However, Rob Zombie recently came out about a new movie, Three From Hell.

Not much is known about Three From Hell. We understand that Baby, Otis, and Captain Spaulding are going to be in it, but they're dead. Does this mean Rob brings them back to life? I can't wait to watch it. 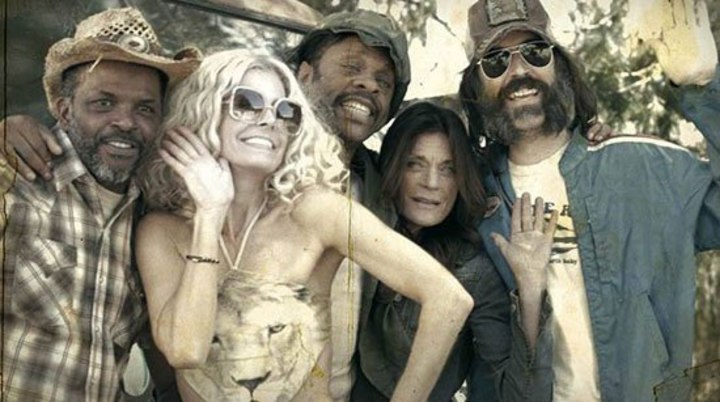 The characters in 31 before the horror.

This movie was released in 2016, but it was made like an older movie. Everything seems normal in the beginning aside from the creepy dude, Doom-Head. The five carnival workers are travelling and having a good time. They stop to pump gas and Roscoe is approached by a woman who is later revealed to be Sex-Head.

I'm assuming Sex-Head is the reason they get kidnapped. I think the character development is pretty interesting in this movie as well. Once kidnapped they're scared and afraid. They're expected to lose the game, 31.

As the story progresses they get stronger and more brave. I assumed Sheri would live because she's Rob's wife. I thought I was right. The game ended and she managed to survive just as she was about to get murdered by Doom-Head.

She leaves completely worn out and weak. She looked horrible. Then all a sudden a vehicle pulls up with Doom-Head climbing out of the driver seat. She won, but Doom-Head wasn't going to let her live even though it was against the rules to kill her now. It ended with Doom-Head holding the dagger up and then it cut to a black screen. I was furious with this ending. I liked the movie, but the ending was too much for it to just stop in the middle there. I get why Rob did that, though. That way we can make the conclusions. Maybe some think Charley still won, maybe some think Doom-Head killed her. We might never know. 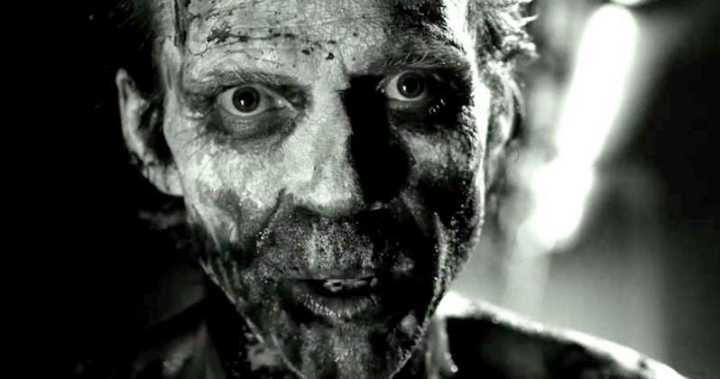 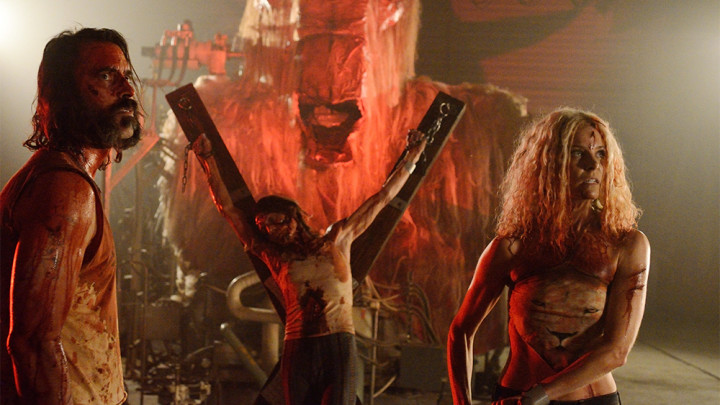 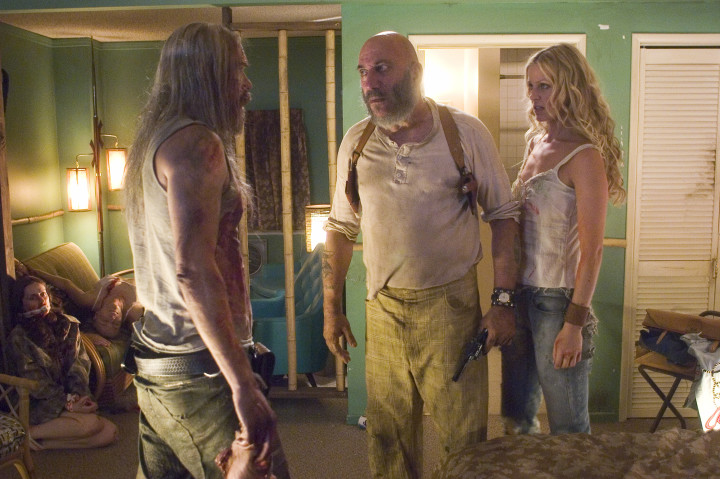 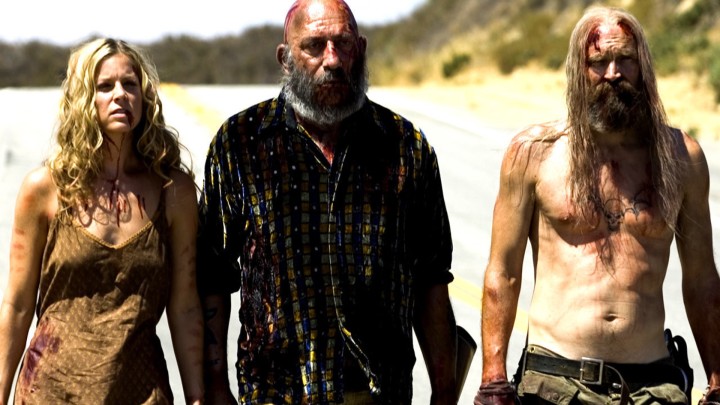 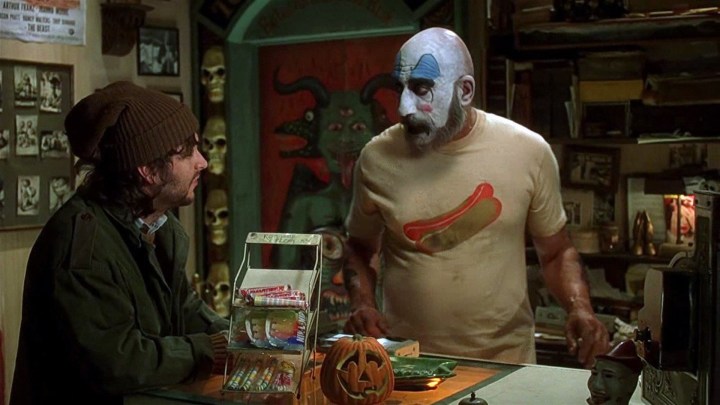 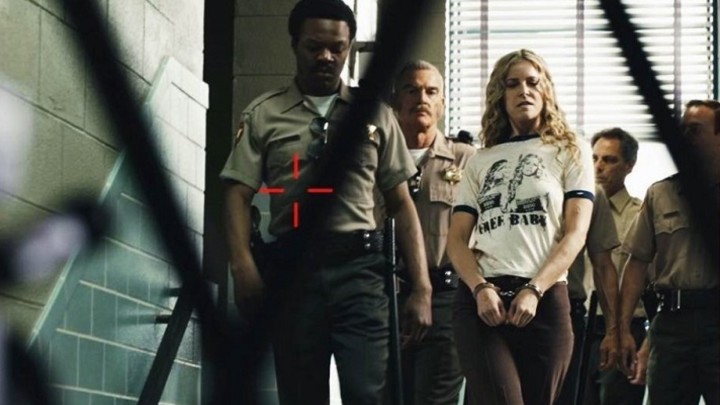 I'm just an emotional writer trying my best in the world.

See all posts by Alexis Bellaw →