Without Remorse: A Review

by Farah Thompson 2 months ago in movie 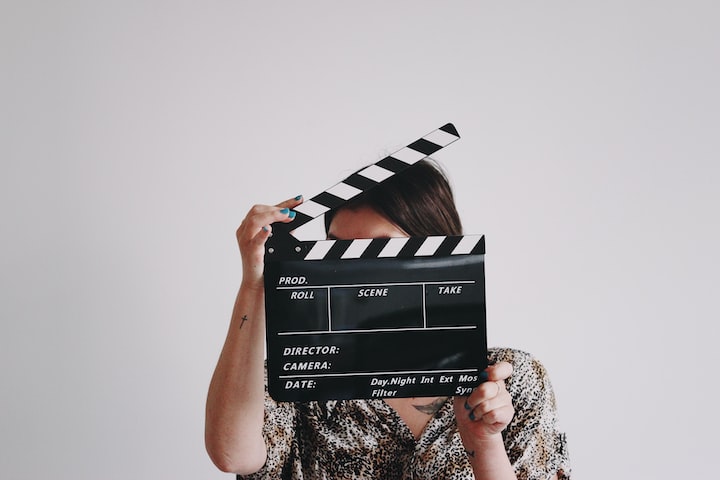 It is easy to sit on the sidelines and criticize those who are out there hustling, creating, or playing. We all know that un-athletic fan who swears they could throw a better pass than Tom Brady or keep their cool better than Lebron James. Screenwriting and producing TV shows and movies may not be the same, but it’s still horribly easy to criticize without offering anything of value. So, in this decidedly negative review of Without Remorse, I will try to add value.

To be clear, the main issue with the movie is a common one in entertainment media today. Marvel assembled a host of great movies based on content that already existed in comic books. DC tried to do the same thing and fell flat on their face. Disney bought Star Wars and made several movies that managed to lessen enthusiasm for the property with every title. Thank goodness the Mandalorian and Rogue One exist to redeem the franchise. Now, Amazon is trying to capitalize on the success of Tom Clancy’s works: the Ryanverse.

I think both Disney and Amazon suffer from the same issue. They see a successful formula and try to use it without understanding the key variables that made the formula work in the first place. Fans are powerful. They will either be your biggest supporters and advertisers or the biggest detractors from your work. Did Star Wars fans expect to see their heroes become cynical, with the victories they won having become worthless? I know I didn’t. So, what do Tom Clancy fans expect from portrayals of his work?

The first thing I think Clancy fans expect is believability; that’s my biggest issue with both the Jack Ryan series and Without Remorse. Tom Clancy’s books might seem impossible as a whole, but when you break down the components, they are very believable. A plane killing most of the United States Government? It might’ve happened if not for some brave passengers on September 11th, 2001. A weaponized pandemic that severely restricted travel between states? We are still living in that reality. Today’s virus may not have been weaponized, but there are some evil people in this world. I imagine that somewhere in the Pakistani Tribal Areas an Al-Qaeda operative is wishing they were responsible for the toll COVID-19 has taken on the ‘Great Satan.’ Unfortunately, at times Clancy almost seems a prophet. Considering that I am from Colorado, I really hope we have seen the last of his novels coming true.

Contrast that with Without Remorse. Basically, every single interaction that supposedly happens between the US and Russia is stupid. Perhaps the screenwriters forget that both nations have enough nuclear weapons to end all life on earth. To run ops on the other’s soil would require approval from the very top. Also, even during the Cold War, there was a sort of understanding about what one nation could do in the other, as opposed to in the proxy wars in Africa or Asia.

Also, why would the assassins kill one of their own after he killed John Kelly’s wife? Something about dead Russian soldiers on American soil as cause for starting a war… not buying it. That’s just evidence that they would have to either destroy or haul away. Are there people who will kill themselves for a cause? Obviously—suicide bombers and Japanese Kamikaze pilots are examples of such. However, an ugly truth is that the suicide bombers aren’t well trained individuals. They are expendable, and often mentally handicapped or extorted by threats to their families.

To put it in perspective, John Kelly is a US Navy Seal. That means the government has spent at least a million dollars training him. The assassins had enough training to use a silenced pistol and Night Vision Devices in a covert op on foreign soil, which means they’re worth a lot of money. Plus, they’re smart and not likely to be on board with being murdered to tie up loose ends. Hell, there are plenty of movies about what happens when tying up loose ends goes wrong.

Generally, Without Remorse lacks believability. Along with the Jack Ryan series, it implies active, malicious conspiracy at the highest levels of government. The idea that the Secretary of Defense wants to start a war with Russia is ludicrous. War with a near peer power such as Russia or China is what gives SecDefs nightmares. Also, did they just completely forget about enough nuclear weapons to end all life on earth?

Sadly, Secretary Clay’s speech about war stimulating the economy and Americans needing a common enemy to unify our country is one of the good parts of the movie. It’s a real question, because right now most Americans hate their neighbor more than they hate any foreign power. This is one of two key areas where Amazon misunderstands Clancy’s fans. Most Clancy fans are patriots on some level. Incompetence is expected from the US government. But both Without Remorse and the Jack Ryan TV series portray high-level US government officials and elected representatives committing treason.

The second key shortfall is that Clancy fans do know a bit about the world. Instead of a tactical level of action (John Wick) they expect strategic suspense and action. It’s not just about John Kelly being a badass and killing people. It’s about the intriguing geopolitical story surrounding John Kelly being a badass. Clancy’s novels are known for their brilliantly woven, multi-faceted narratives. Dumbed-down versions of the stories is not what true Clancy fans want to see on screen.

Amazon did do two things right. Michael B. Jordan makes a great John Kelly, and his acting is the most redeeming part of the movie. The same is true of John Krasinski as Jack Ryan.

Before I conclude, let me hit upon the critic’s consensus from Rotten Tomatoes: “Without Remorse fails to escape its outdated patriotic tropes and forced franchise place settings.” https://www.rottentomatoes.com/m/tom_clancys_without_remorse

I have absolutely no idea what outdated patriotic tropes they are referring to. That Navy Seals are good at killing people? Seriously though, if the movie had included more patriotic tropes, it would be doing better among Clancy fans. As for “forced franchise place settings,” I am also confused. Russia is hardly a franchise place setting for a massive firefight. Aleppo, Syria is perhaps a little too on the nose considering recent history. Makes me wonder if any of the critics have ever read Clancy’s books.

Overall, the TL:DR version is that the acting is great, the story sucks, and if you’re a Clancy fan you will be horribly disappointed. At the beginning, I said I would add value, so here’s my solution to the issue. Slow down and ask the fans what they really enjoy about a franchise. Producing something that dedicated fans can get behind will be more profitable and preserve the franchise for future films and shows.