by Matthew Bailey 2 years ago in movie

Psylocke has appeared over 3,000 times in various Marvel comics, so her popularity is slowly growing.

#Psylocke is one of those characters that you've either heard of or you haven't, so to have her included in X-Men: Apocalypse is a pretty momentous occasion. She is a mutant with an incredible set of powers and was portrayed wonderfully by Olivia Munn, whose hard training and relentless determination certainly paid off when the film's release came around.

During her time, Psylocke has appeared over 3,000 times in various Marvel comics, so her popularity is slowly growing. Ultimately, as she's been a part of and/or worked with nearly every mutant team that has ever been established, it's understandable why there's a lot to love about her. Here are eight facts about Psylocke that it's essential you know:

1. She has an actual birthdate. 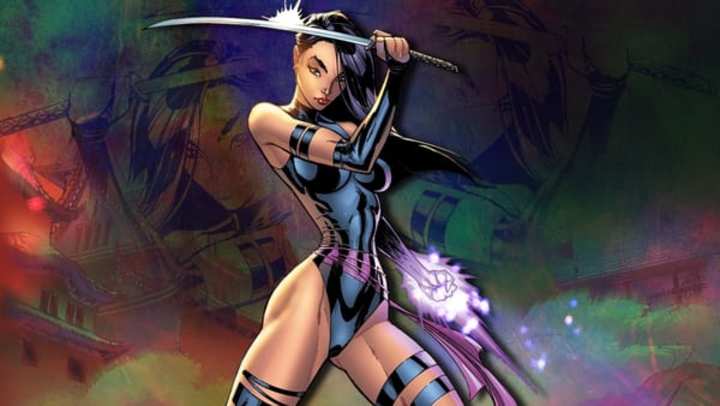 In all of Marvel comics, there are very few characters who are actually given a birthdate. Considering that the comic characters never seem to age, it makes sense to not reveal these detail as it adds to their timelessness.

Yet, we do know that Psylocke's birthdate is a little after midnight on April 23. Although the year varies slightly depending on the story being told, the date always remains the same.

2. She once swapped bodies with a Japanese assassin.

In a sort of convoluted origin story of where she gained her fighting ability, Psylocke was abducted by Japanese crime lord Matsu'o Tsurayaba. She was discovered on an island near China, after escaping through the Siege Perilous.

Psylocke was then found by The Hand, a ninja clan, and Matsu'o believed that she held the key to save her brain-dead lover, Kwannon. An extra-dimensional villain named Spiral then merged the genetic structure of the woman with the mental and physical traits of the other.

Spiral also swapped the woman's mind into the other's body, and because they shared similar physical traits and memories, neither knew truly who was who. This process and the following mental/physical conditioning allowed Psylocke to form her telepathic powers into a psychic knife.

3. She has A non-mutant brother with superpowers. 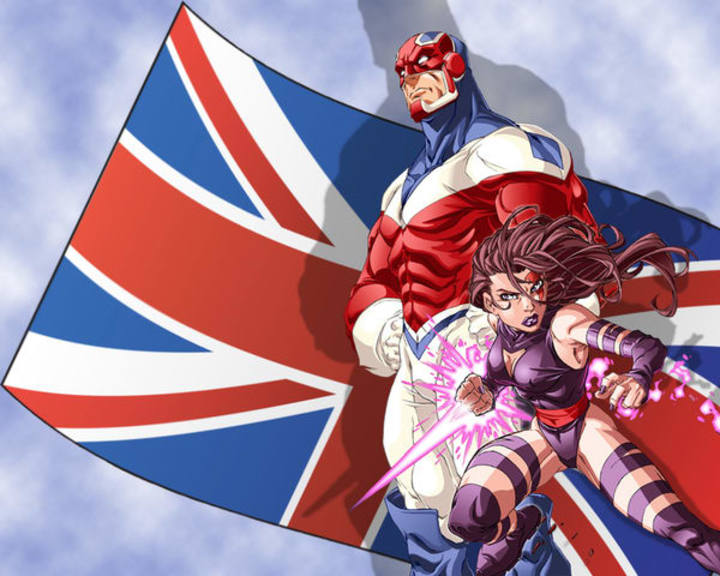 Psylocke's alter ego, Elizabeth "Betsy" Braddock, first appeared in the comics as a supporting character to the hero of UK in Captain Britain #8.

Captain Britain is not a mutant though. He is given his power after being in an accident and crosses paths with Merlyn and his daughter, Roma. The two give Brian a choice of either the Amulet of Right or the Sword of Might.

Ultimately, Brian chooses the Amulet and becomes the hero Captain Britain, meaning that the two share a strong psychic bond and are immune to each other's powers because of their genetic connection (they're fraternal twins).

4. Her powers were swapped with another powerful psychic. 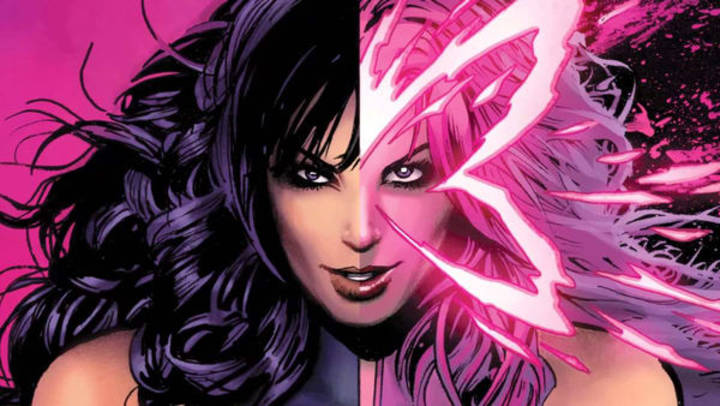 Psylocke has swapped bodies and powers more times than most characters, which is interesting considering that's how she builds on her fighting ability.

She has also swapped powers with another powerful telepath, Jean Grey. This occurred after a drawn out battle with Shadow King (one of the oldest and most powerful mutants).

During the fight with Storm against the Shadow King, Psylocke was tricked into releasing a psychic shockwave that disabled all telepaths on the astral plane. Defeating him and trapping him required her to constantly focus her telepathy on him, rendering her basically powerless. To free a brainwashed Wolverine, Jean Grey then attempted to help Psylocke deal with Shadow King, leaving her telekinetic. 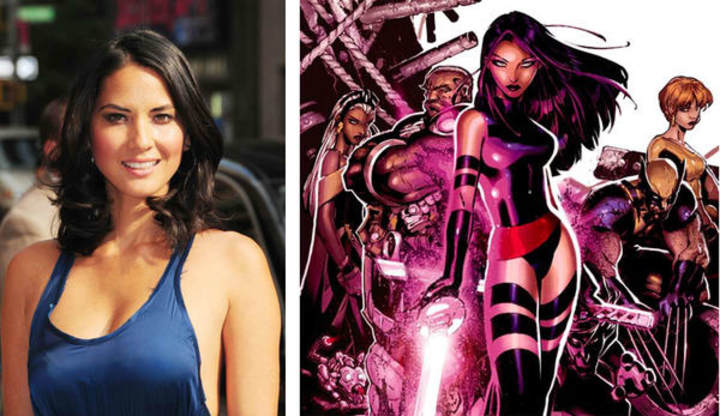 When Olivia first auditioned for a role in the X-Men movie, it wasn't for this character. In fact, she originally went for a role in #Deadpool, but during the process the director knew that she would be perfect for the role of Psylocke.

As a result, the actress accepted the role and during the design process, she was shown several photoshop ideas of what her character would look like. After mulling them over, she petitioned to have the team change the mutant's look from a black costume to the classic purple outfit that she wears throughout so much of her comic career.

And, I don't know about you, but I'm glad she did.

6. Psylocke has had several jobs in the comics. 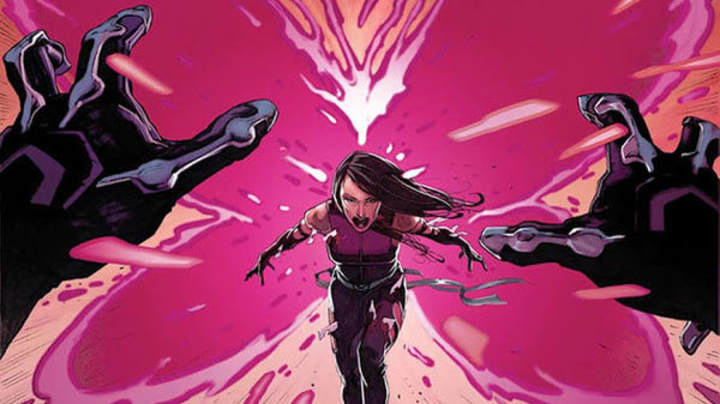 Another fact that you might like to know about Psylocke is that when Betsy Braddock was first introduced into the comics, she was initially a supporting character.

Before she learned that her brother was Captain Britain, she was also a charter pilot. However, her precognitive abilities began to develop shortly after and she chose to dye her hair purple, becoming a model by the age of 16. After her powers fully manifested, she was recruited into S.T.R.I.K.E.'s Psi Division and she was sent to infiltrate the Hellfire Club as a spy.

After the Psi Division was defeated by Slaymaster, Betsy went through a couple traumatic situations and after some time, she gradually took the place of her brother and became the new Captain Britain (while her brother was overseas).

7. She died and was resurrected. 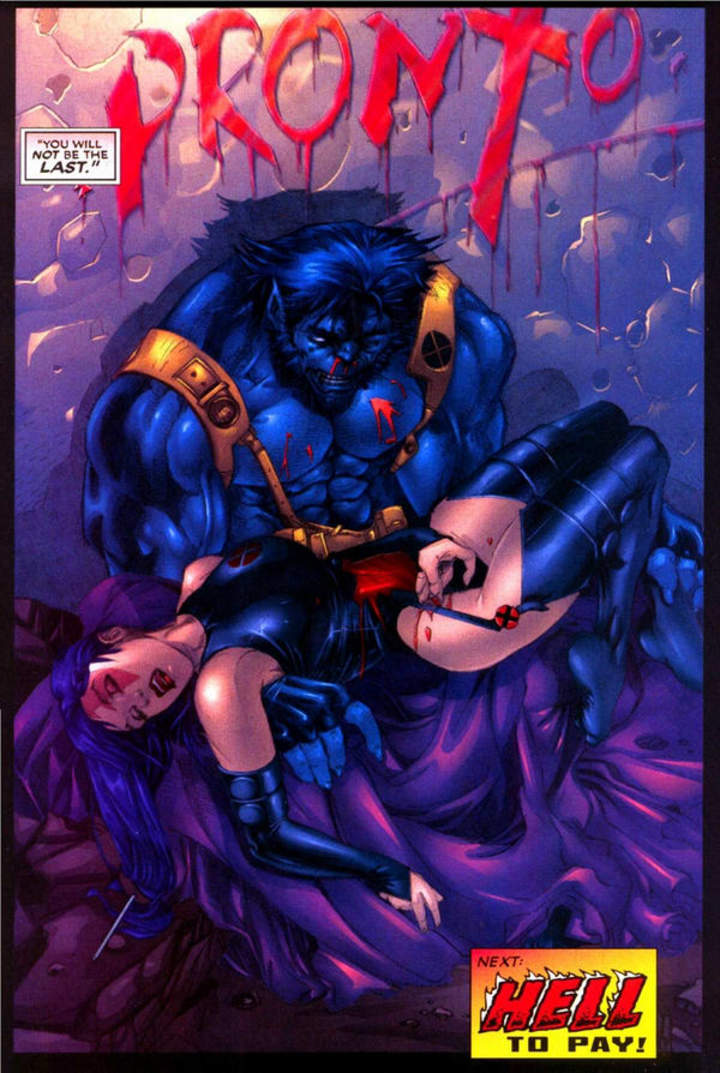 Considering that nearly every popular character in comics has gone through a death and resurrection story, it's not surprising that Psylocke also once died and was brought back to life. Yet, her story is a little unique.

While on a search for Destiny's diaries with Storm's X-treme X-Men, the team comes into conflict with a man named Vargas, who believed that he was the next step in human evolution. Vargas kills Psylocke and wounds Rogue and Beast before escaping with one of the diaries. While in the afterlife, Betsy mets Bishop in one of Gateway's Aborigine dream sequences. Shortly after, her spirit is sucked away by a skulled figure (later to be revealed as Betsy's insane older brother, Jaime).

All of this had to happen for the events of the House of M to occur.

8. She is one of the strongest psychic mutants ever.

I know this is open to debate but hear me out on why I believe Psylocke is an incredibly powerful mutant with telepathic/telekinetic powers.

Her powers rival, if not even surpass, some of the most well known telepaths like Professor X and Jean Grey. Proof of this tremendous power was shown during a fight between Psylocke and Juggernaut (Professor X's stepbrother), during which she was able to shoot off a Psycho-Blast which attacks at a physical and mental level. Psylocke's blast was so powerful that it was enough to pierce Juggernaut's psi-proof helmet – this is something that even Professor X couldn't accomplish when the two first came head-to-head.

In May 2016, X-Men: Apocalypse finally hit cinema screens and undeniably, Psylocke stole the show. And while we wait to learn whether she will wind up getting a solo movie of her own in Fox's X-Men universe, re-watch her in action in the epic final trailer below: