Phandom - and why Leroux’s Erik is my perfect monster.

by Germaine Mooney 5 months ago in movie

Can beauty love the beast? 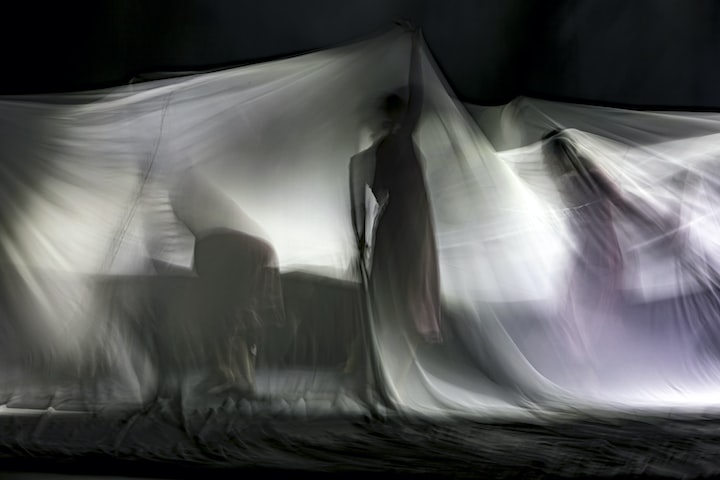 This is a mood piece about one of the most controversial characters in literature and musical theatre.

Love him or hate him, Erik - The phantom of the opera, never fails to inspire. Some see him as a stalker, a rapist, a madman. The toxic masculinity we woman must all escape from. Some see him as a hero, a handsome yet broken man.

I see him as neither, for he is far far more complex. Here’s my thoughts.

I’ll start with his Origins. For me Erik is born with some kind of a birth defect, possibly some disability. This means he is the ugliest creature the world would ever face- monstrous to behold. Now given the time this is all set in he’s ugly so he is automatically evil. So his Mother (this is from a lot of assumptions) hates him, hides him, reviled from a baby. He doesn’t learn of love. He doesn’t learn social norms as he is kept out of society. However he is a highly intelligent, musically a genius and he is gifted with a voice worthy of an Angel. (Leroux is sketchy with detail but certainly within the ALW and mytho’s surrounding him, see Susan Kay’s book this is where we’re at. But the voice definitely is cannon)

We do know for certain that he was in a circus as a child, as part of a freak show and it seems likely that his first kill was one of his tormentors.

We know that he at some point goes to the Middle East and works for a shah making instruments of death. Torture chambers etc. He is a brilliant architect because he constructs traps in the opera house. This is cannon. We don’t know how he infiltrated the shah’s court, we don’t know about his life there apart from that. But for non cannon see Kay again.

The rest is up to the reader of the character. There is no definite body count pre Christine in the book. But obviously strange things have occurred. The theatre company are scared of him. For me Erik is to be pitied and lauded. He is a man who’s genius outstrips those around him who had a voice made for stage but was unable to utilise it. He’s a brilliant composer who can’t get anyone to work for him. He has been used, beaten and abused and the first time he killed was his salvation. We are living in a different time too - murder wasn’t quite the crime then that it is now. Everyone was being murdered or doing some murdering and not much was being done about it.

His two major kills in phantom canon are the rat catcher and the scene shifter, both who have had fair warning from him. The scene shifter himself is horrible and is hunting Erik.

Raoul’s brother sits in the cannon body count though nothing is ever proven. He is never found.

Now when he meets Christine is awkward. Some say it’s when she’s a child though he never puts the moves on her until she reaches the ages 15/16/17? Who knows? Now again some question the age thing. Different time. Girls got married at 14 in France in the 1880’s. But there is actually nothing in the book to tell us Christines age: it’s all guess work. ALW doesn’t say much more. Between 18-25?

Erik is sometimes portrayed as innocent - that I don’t believe. He knows about the birds and bees, he lived in a circus, he lived on the streets and in Persia in a harem. He knows about sex. But he’s never entertained the notion of such things until Christine. She gives him hope because she is his friend even though he uses stories of angels to manipulate her into being a friend. She loves him as a voice, it’s only when she sees him that she is shaken. He falls from the pedestal he and she have given him. But she is the first real human he’s connected with and of course he doesn’t want to loose that.

She - I believe - is afraid of her awakening sexuality and the terrifying feelings that Erik inspires in her. Now I’m not saying that she isn’t into Raoul. For me he is Orlando bloom. Boyish - safe - sweet - gentle. Everything i wanted at 17/18. Of course now I wouldn’t look at him twice. Now I’m older I get the attraction of older rougher men. Clint Eastwood, Jason momoa. But Raoul is the puppy love, she does love him, but in the doe eyed teenage way that will never hold.

Erik is not gentle, he is not sweet. He is passionate and desperate and loves fiercely. And he has no other love to hold onto.

Here’s a link - this is Erik’s final speech in Leroux’s novel;

For me Erik is dangerous and beautiful- he is the scorpion. His voice of course is the perfect voice to seduce the senses and the mind. His face in anger, truly a horror. But for me I would want to look under the mask and divine the man. Not the legend; not the opera ghost or the phantom or the angel - but Erik. For me the angel is what Erik aspires to be, the opera ghost what he must be and the phantom what he imagines himself to be. He is none and he is all - he is just a frightened man, not in the flower of youth looking to find a tiny drop of happiness in an unhappy life. He is towards the end of any story in some way descending into psychosis, but he is experiencing things he’s never experienced. He probably has PTSD and numerous other mental health issues given his beginnings. Love is the worst mental health disorder going, it triggers far too many chemicals and inevitably unbalanced him further.

Christine saves him in the end, she kisses him and cry’s with him and he lets her go. The lesson is complete, yet I am never satisfied with the lesson. Because beauty can love the beast.