DCTV’s The Flash Most Popular ‘Ships’

EO
by Erin O'Neil 2 months ago in superheroes

Within the fandom of The Flash, what are the most popular character ‘ships’?

To start, for those who may not know, let’s define the term ‘ship’. In the world of fandom, romantic relationships between characters are called ‘ships’. To ‘ship’ characters is to want to see them romantically involved. While ‘ships’ can be platonic, the vast majority are not. This can apply to canon relationships within the fandom, or to characters who were never in a relationship, or even hate each other. Fans of a particular fandom will generally show their love or support of a ‘ship’ through creating fan art and fan fiction. Those less creatively inclined will go looking for fan art and fan fiction, enjoying what fellow fans have created.

Here we will specifically be looking at the three most popular ‘ships’ within The Flash. For the purposes of this list, the pairings will be listed in the order they appear on AO3. AO3 is an archive of fan fiction, and lists relationships for a fandom in order from most fan fictions to least. Before starting the list: There are same sex pairings here, so if that offends you, leave now. I’m also including a Spoiler Alert, as details from The Flash and other DC tv shows will be discussed in looking at each pairing. 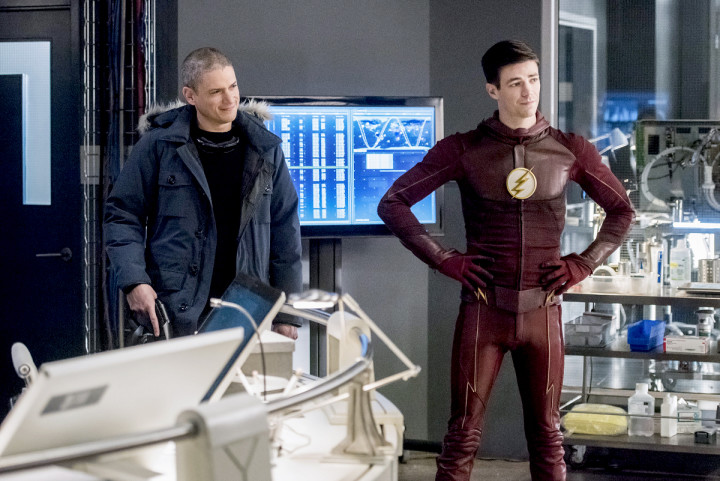 The first pairing on this list is Barry Allen and Leonard Snart, the Flash and Captain Cold respectively. While this relationship is not canon, elements of canon lend to its enduring popularity. Captain Cold is technically one of the Flash’s enemies. I say technically, because Leonard Snart stands apart from other enemies the Flash has. Unlike most villains he does have a set of morals, questionable and a bit murky, but they do exist. The most notable of which is his stance on killing. Unless he’s doing it to protect himself or someone he cares about, he sees killing as an absolute last resort. A major part of canon which fuels this ‘ship’ is the tone and feel of the interactions between Barry and Leonard, this is a credit to the actors and the chemistry they have. An important interaction we see in season one is when Leonard agrees to keep Barry’s identity a secret. In exchange for that, Barry agrees to keep out of Captain Cold’s way so long as he doesn’t kill anyone else when pulling a heist (as mentioned before, Snart doesn’t kill people as a rule, but in their previous encounters a few people have died). Barry points out that Snart is good enough at what he does, that nobody has to die. This initiates a sort of truce between the Flash and Captain Cold and his Rogues (other criminals he pulls jobs with). As the series progresses, Barry can see that Leonard has the potential to be a good person, and tells him so. Eventually Snart does go on to become a hero in his own right, when he becomes a Legend on Legends of Tomorrow. Another thing that draws fans to this pairing are the parallels in their childhoods. Both have fathers who went to prison when they were young, and it made them who they are. This is thought to be something they could bond over, and sympathize with. 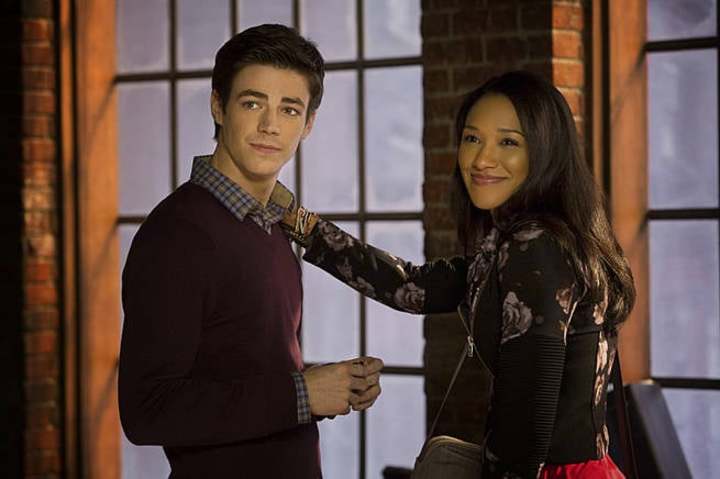 Barry Allen and Iris West are a canon pairing. We learn early on that Barry has had feelings for Iris for years. They were friends as children, and when Barry’s mother died and his father went to prison, Joe West adopted him. Before Barry got his powers he tried to tell Iris how he felt, but was interrupted by a mugger stealing her purse. Shortly after this he was struck by lightening and fell into a coma. When he wakes up six months later with his powers, he also discovers that Iris now has a boyfriend. It’s not until nearly the end of the first season that Barry reveals to Iris that he is the Flash. Over the course of the series, Iris helps Team Flash and supports Barry as he comes up against new challenges. In the third season they finally get together, and in the fourth season they get married. As their relationship evolves, we see that Barry wasn’t the only one with hidden feelings. Iris had feelings for him too, but didn’t know they were returned until she was already with someone else. Fans tend to like this pairing because of how relatable it is. Two people who are best friends growing up developing feelings for each other, but only realizing those feelings are requited years later. 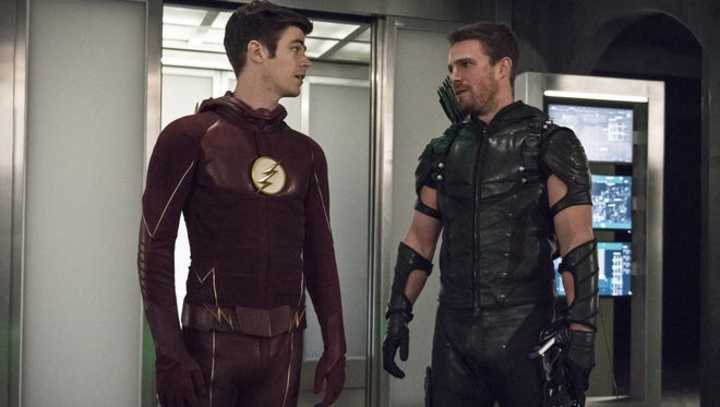 Barry Allen and Oliver Queen are another ‘ship’ that is not canon, but is heavily supported by moments from canon. Barry and Oliver first meet when Barry is investigating a strange occurrence in Starling City. While he is there the Arrow is attacked, and his team don’t know how to save him. They then kidnap Barry and ask him to save Oliver, revealing the Arrow’s identity. Barry manages to save Oliver’s life, and agrees to keep his identity a secret. After Barry wakes up with his powers, he visits Oliver to talk about what it means to be a hero. Their relationship starts off a little rocky, as they have different methods when it comes to saving people. At first, Oliver acts as a sort of mentor for Barry, until eventually they are on more even ground as occasional partners. This pairing seems to be popular among fans because of the easy comradery that develops between Barry and Oliver. So in the world of fanon, fans just take what is already there and go one step further.

I’m a huge geek. I’m a fan of sci-fi, fantasy and old horror. I’m a cinephile and love lots of movies and tv.

See all posts by Erin O'Neil →