by Something Complicated about a year ago in comics 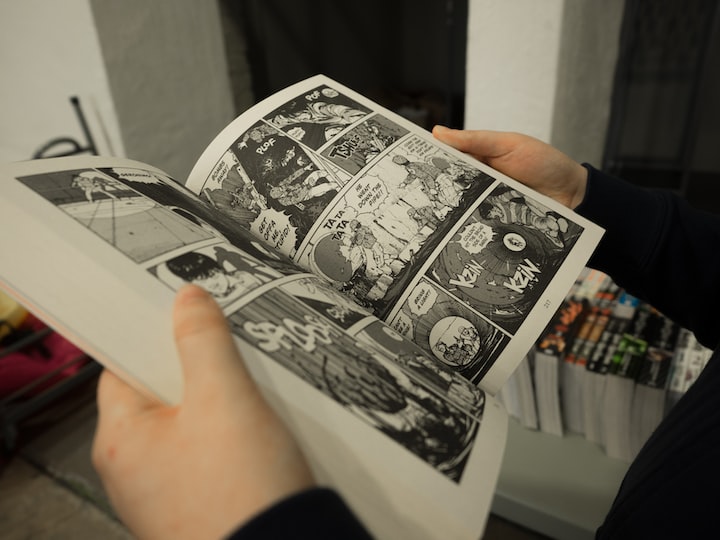 Photo by Miika Laaksonen on Unsplash

It is difficult to talk about comics to people without knowing about them first, especially as an adult in the United States, where superheroes are the most common form of entertainment for most people, but even more so for children.

Comics have long been a topic in many newspapers and magazines, and the history of the comic strip is long and rich enough. There are books that deal closely with the origin of comics and their use in the early years of the 20th century, there are also many other comics that satirise other comics. Comic box 263a, illustrated by Marie Severin, plays with ideas from Marvel comics and often the comic book is bound with thick glue. However, anyone who researches the history of comics will find that there is no shortage of books, published or not, that focus narrowly on comics in their original form and other forms of entertainment.

The origin of the term "comic" refers to the earliest comic strips originally printed in newspapers. In the United States, such comics were already in use in the 1920s and by 1930s in many other countries.

‘Funnies’ was an alternative term for a coloured newspaper supplement that is known as a comic strip. A comic book, usually consisted of only a few pages of comics.

After many horror, crime and romance titles that were rejected by readers, comic book publishers began to release comics featuring superheroes from the Golden Age. Marvel Comics introduced new and popular superheroes, making it a leading comic book publisher. These characters and comics were extremely successful and paved the way for many of the characters we have today, such as Batman, Superman, Wonder Woman, Spider-Man, Iron Man and many others. Perhaps most importantly, the comic book industry began marketing future collectibles.

By the early 1950s, readers grew tired of superhero fiction, and comic book sales began to decline, and comics were condemned socially for their supposedly harmful effects on children. In response, many comic book publishers joined forces and published the standards of the Comics Code Authority, which defined suitable material for comics. To protect the reputation of comics, the Comics Code Authority (CCA) was established to remove the publication of crime and horror genres from the reputation of comics and to create a code of conduct for all comics that contained stories of crime and horror.

The Comics Code Authority was established in the early 1950s, and the content of Silver Age comics was restricted. Without the comic code, the comic industry would probably be different very today. Personally I'd rather buy a rare unknown comic book, where the author doesn’t strictly obey this code, than 9 Batman titles that sell out in a month. The extreme of the industry is represented by the "Silver Age" of comics, from the late 1940s to the mid-1950s and early 1960s with the advent of graphic novels.

The Bronze Age signalled the more realistic style of comics, as the ageing artists who helped create the comic book superheroes of the 1930s and 1940s were replaced by a younger generation of artists, including Robert E. Howard, Jack Kirby, and Stan Lee. Bizarre World is a great example of the 1940s, and this is when comic book superheroes moved from the page to the big screen.

This period was marked by the rise of comics and albums, which developed into what we now call a modern comic book. This period was the foundation of the style of comics, that developed the instantly recognisable look and style that we all know as "modern" comics.

The topics relevant to comic books tend to be very general. If you want to enter the comic industry, there are a few books you need to read, they explain about comics, the comic code and publishers.