by Something Complicated 2 years ago in how to
Report Story 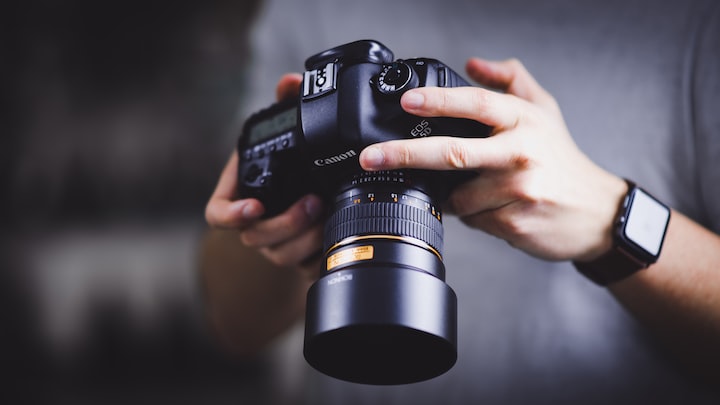 Photo by William Bayreuther on Unsplash

It is crazy to think that negative photography has been the dominant method of photo production for over 100 years, but there is a whole generation that was born in the new millennium and perhaps has no idea how it works.

Long before commercial photography was mainstream, long before compact, light digital cameras where even possible, adventurous amateurs launched cameras with balloons, kites, and even rockets.

Interestingly, astronomers have also been the driving force behind the advent of film in the history of photography. It did not take long before photography was used to capture images of the moon, stars, planets and other celestial bodies, as well as the sun.

Eastman saw the public fascination with cameras and took advantage of the growing consumer demand for photography when he invented the first Kodak camera in 1888. This was the first time in the history of photography, the camera was a camera that a person could put in their pocket.

Digital photography as we know it today is very different from film photography in the way images are produced. Photography existed before Eastman Kodak created colour reversible film, and the original revolutionary process of negative photography is still very similar to the way colour reversal films are developed for photography today.

In the early days of photography, the only way to create good quality images was to capture lots of light in the light-sensitive materials used to make the film. Early photographers and scientists focused on creating plates and prints that would capture and hold light, the field of photography was a specialised art.

Henry Cole, was an amateur photographer, and when he compiled a coffee table book entitled Painting Photography on Film for the eyes of the world in 1925, he opened up the world of photography. Holland Day led a group of photographers, writers, musicians and other artists to show the world that photography was not a basic art, but using manipulation of the subject being portrayed, the artist could tell a story.

The technologies related to photography, such as the camera, lenses, flash and the techniques in achieving good quality images have dramatically evolved since the first camera.

Historians suspect that the idea of stereoscopic photography originated in the early 16th century, but although optics and the invention of photography evolved many centuries back, chemistry was not developed well until the 17th century - as a science. Although there were already photos and illustrations of a camera device, the year of invention is considered 1839, when the so-called daguerrotype appeared in Paris. However, the reversible negative processing process, which Sir Charles introduced to the 1800s, did not commercially take place until 1842, in what is now considered a pivotal year in history and photography, Daguerre's "Eureka" was finally presented to the French Academy of Sciences and the world.

Developing film is an impressive process. The technologies of historic photography that have led photography from a laborious and complicated process to the simple contemporary digital image that makes everyone a photographer are amazing.

It should be noted that the Camera Obscurer was probably invented in the 13th - 14th centuries, and there is a manuscript from the 10th century by the Arab scholar Hassan Aswad describing a Camera Obscura that works similarly to which analog photography is based today.

Although the Camera Obscurer is known about, and there is evidence that this was the first camera, it is not recognised as such, an unpublished note was made, and then published to the Royal Society of London in 1821, documenting the earliest developments in the history of photography and published as "The History of the Camera Obscura," a clear, scientific chronicle of history and photography.

More stories from Something Complicated and writers in Photography and other communities.