9 Leitmotifs That Make Us Want to Fall in Love.

by M. Madella about a month ago in movie

What they are, and the best of the bunch. 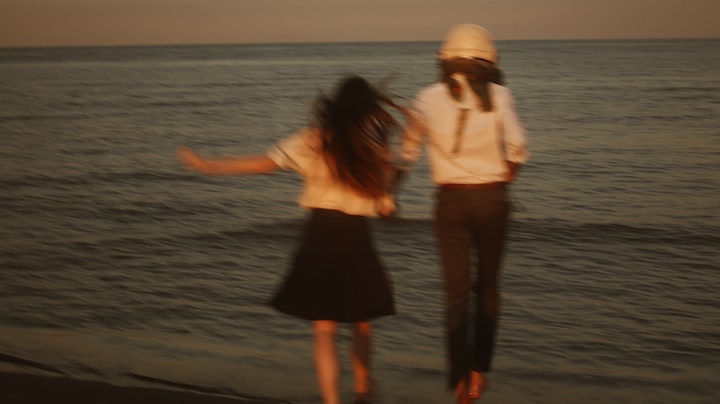 Whether it's a huge cinematic production or a weekly TV show, we all love watching plots unfold on screen. We get to select our favourite genres, and choose from a seemingly never-ending list of titles. We've felt the anticipation of waiting for a new episode to come out, or have cried our way through the final piece of a puzzle (Yes, I'm talking about EndGame).

Movies and shows don't care who you are or what you're into, there is something for everyone. Whether you're a horror lover, or love a bit of romance, there's one thing that unites us across the board: the music accompanying the scenes.

Cinematic composers have given us simple tunes that will stick in your head for weeks. If I asked you to hum the theme song for Jaws or Star Wars, would you be able to? Most of us would. It's a very useful tactic in show business, that not only stays with us, but leaves us wanting more. You whistle the Indiana Jones theme while at work, and colleagues either join in or want to know what it is. Theme music is unavoidable.

Another tactic used by these composers, is the use of leitmotifs. If you haven't heard of them, don't panic. Neither had I. I knew it by definition, but didn't know there was a word for it. Let's break it down.

Leitmotifs are songs, tunes, or even just a sequence of notes that relate to a particular character. When Darth Vader enters the screen and you're faced with that booming, villainous music playing in the background- that's a leitmotif. They're specific to a character (or sometimes an object), rather than just being the theme song for a movie or franchise. Sometimes they're subtle, other times movie makers like to make us aware that they're there.

The leitmotifs that are a bit more uncommon, are those used for an on-screen couple. Whether it's playing the moment they are falling in love, or after they've had their first fight, it's a recurring piece of music that becomes specific to them. As a listener, it subconsciously evokes a feeling in us each time we hear it.

Here is a list of 9 of the most hauntingly beautiful couples' leitmotifs.

Composer James Horner has created soundtracks for films such as Avatar and Bicentennial Man, but most famously composed the soundtrack to the beloved film Titanic. Music written for this film includes paralleled melodies accompanied by the angelic vocals of Sissel Kyrkjebø, making it quickly become one of the most adored soundtracks of the 20th century.

The melody famously sung by Celine Dion in My Heart Will Go On, is frequently heard, in different forms, throughout the movie. It plays the moment Jack lays eyes on Rose, and sets the tone for the rest of the film, very early on. This set of notes comes and goes during both the couple's triumphs and sorrows. When played to any Titanic fan now, hearing this melody summons up a feeling of melancholy, as we recall easily the most cherished love story of film.

This long-running show, now on it's 17th season, has held onto loyal viewers since it's pilot episode in 2005. The creative plotlines, big events, and complex characters have kept fans coming back for more for 16 years and counting.

One of the reasons we fell in love with Grey's Anatomy, was watching the relationship between Meredith Grey and Derek Shephard develop. Their constant push and pull over love triangles and dealing with catastrophe has made them one of TV's most treasured duos.

During most defining scenes of the couple, we can hear a melody played in the background that quickly became their personal love theme. This tune that was once a light-hearted accompaniment to the character's mutual development, became a heart-wrenching memento after Derek's death in season 11. It is still frequently played on the show, in moments where Meredith is struggling with the grief of losing the love of her life.

This novel turned film adaptation broke the hearts of viewers with it's shocking climax. If you've yet to see it, I highly recommend skipping over this section and watching it first.

Over the course of the film we watch Emma and Dexter go through the motions of adulthood while desperately holding onto their friendship. We watch them fight, we watch them love, we watch them lose, and we root for them throughout the entirety of it.

The composer of this film's soundtrack, Rachel Portman, created haunting orchestral pieces that drove this movie. Just like in Titanic, there is a sequence of notes that is revisited during the film's most crucial moments. The melody is sometimes uplifted, or slowed to compliment a particular scene and gives us something to sob to while we watch the pair keep coming back together over the decades.

The marriage of Carl and Ellie is one of the most memorable among animated films. We get to experience the ups and downs of married life in under 5 minutes, and our hearts broke with Carl's as it came to an unexpected end. The once upbeat and warm instrumental that played in the background turns to a slowed piano clip as the scene turns melancholic.

What made Married Life, the title song of this film, so popular was it's association with the relationship between Carl and his deceased wife. The song is revisited later in the film during a tear-jerking scene where Carl looks back on old memories. We are taken back to that feeling of sorrow and loss that we were introduced to in the beginning of the movie.

Patrick Doyle composed the soundtrack for the stunning 2015 live action adaptation of the Disney classic Cinderella. The orchestral compositions that created the ambience of this film, incorporated the classic Lavender's Blue, which became the core of the soundtrack and reflected developing movie themes. Each piece compliments key aspects of the film, including the ongoing pursuit for Ella to have courage and be kind and all the troubles that come with doing that.

In his track, Ella and Kit, Doyle beautifully portrays the timeless love between Prince Charming and Cinderella. The song becomes the staple melody that arrives during the couple's introduction, plays softly as the glass slipper fits, and brings the film to a triumphant orchestral conclusion on their wedding day.

6. Belle and Prince Adam (Beauty and the Beast).

Oh, isn't it amazing? Most of us grew up learning each song from this animated classic word for word. We still know them and teach emerging generations them as well. Belle's kindness towards the beast and her surprising realisation at the end, was one of the first love stories we watched unravel.

Since it's release, we've seen this story come to life in the 2017 adaptation, and listened to hundreds of covers of it's title track Beauty and the Beast. One thing we may not have noticed, is the recurring melody played during important movie moments. This melody is sung by Belle twice (once when she is daydreaming about finding her prince, and once again when she is acknowledging her feelings for the beast), as well as a dramatized version playing as the beast escapes death at the climax of this film.

Okay... so it's technically not a leitmotif. But we love it anyway. Anyone who has seen WandaVision knows it brought an edge to the current TV universe. It gave us a modern twist on the sitcoms of different decades, and there was something for everybody. Much different to the usual take on superheroes. With it's evolving timeline, also comes a constant change in it's opening sequence- and the theme song that accompanies it.

Take a look at this video, where each theme tune is analysed and the similarities are pointed out. A very clever way to connect the dots between everchanging episodes.

Primarily composed by John Williams, the music of Star Wars is well known by generations of viewers. With each tune being as memorable as the next, fans have found themselves humming along for decades. Remember when we discussed Darth Vader's theme tune? That's one amongst many of this franchise's songs that are cherished.

The tragic love story between Anakin and Padme kept fans on their toes throughout the prequels, as we watched the pair grow together. Their leitmotif, Across the Stars, is heard in many defining scenes of the couple, including their secret wedding.

For anyone who has seen this film, you know that you either fall in love with it or want to shut it off after the first 5 minutes. Whichever group you belong to, it's undeniable that the combination of it's soundtrack and the cinematography is what made this film so successful. It is a modern take on musicals, composed by Justin Hurwitz, and give us tunes that make us want to fall in love.

We watch as the star of the movie, Mia, is drawn to Sebastian because of the melody he is playing on piano. As the couple's relationship develops throughout the movie, the same melody is played continuously. Finally, Sebastian plays the melody for Mia one last time as the movie draws to an end and their love beings to fade.

On a journey of learning to express my thoughts through narratives, whether it be my own or those of a fictitious character.

See all posts by M. Madella →