Will Overwatch Be on the Nintendo Switch? Here's the Evidence So Far

by Matthew Bailey 2 years ago in nintendo

A breakdown for gamers who are wondering if Overwatch will make an appearance on the Nintendo Switch.

Blizzard is one of the biggest names in video game development thanks in part to the overwhelming recent success of Overwatch. #Blizzard has been able to keep Overwatch atop the charts by consistently updating, tweaking and introducing new content.

The steady stream of pleasing additions went a long way towards crowning Overwatch as one of the best games of 2016, and one of the most accessible shooters ever launched.

With Overwatch ruling the multiplayer arena lately, many gamers are wondering if it will make an appearance on the upcoming Nintendo Switch. Since everyone has been pretty quiet about what we can expect or not expect, it's a little fuzzy but I'll do my best to break down what we know so far on both sides of the question.

The Evidence For Overwatch Joining the Nintendo Switch

We all know that Overwatch is pretty much amazing, and it would make sense for Nintendo to want to jump on the Blizzard train, especially considering:

The only game that's even close to being a FPS is Splatoon 2, and that's not coming to the #Nintendo #Switch until the summer of 2017 at the earliest.

That tidbit in and of itself should be enough of a push for Nintendo to reach for a partnership with #Blizzard and get Overwatch on the hybrid console.

Perhaps in the upcoming months we will learn about new characters (besides Doomfist) to coincide with a Switch announcement.

The Switch is positioned to be a unique, accessible platform - and Overwatch has been the most inclusive and accessible AAA game, let along shooter, released in years.

Why wouldn't Nintendo want to include a widely praised, commercially successful game on the Switch?

Blizzard is always looking for new ways to grow its gaming empire, this could be a great step towards a mobile/handheld-friendly Blizzard Entertainment.

The Evidence Against Overwatch Joining the Nintendo Switch 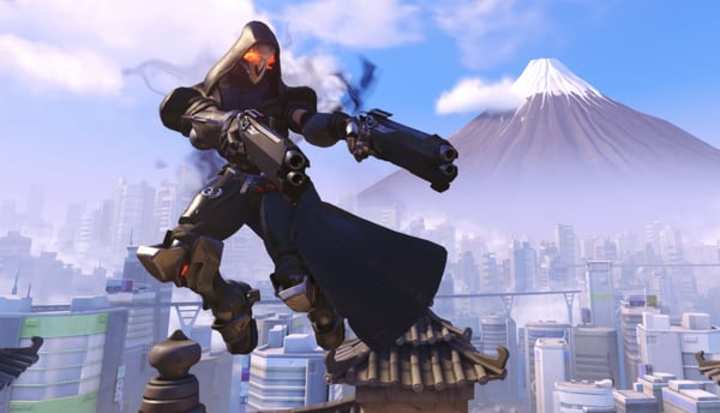 The funny thing about this idea is that there is just about as many pros as there are cons to Overwatch hitting the hybrid console train.

Many fans of Overwatch have gone to official Battle.Net forums to argue about the potential, and a big reason why many fans don't believe that Overwatch will arrive on the Nintendo Switch is because of the seeming lack in power and graphic processing.

While Overwatch is Blizzard's new flagship, the last big flagship was 2012's Diablo 3. It never got a Nintendo port, even though Diablo 3 made it to consoles for Xbox 360, Xbox One, PS3, and PS4.

While Blizzard and Nihilistic Software's StarCraft: Ghost had its own internal problems and was ultimately axed for other reasons, this failure was the last time a Blizzard IP had a real shot at heading to a Nintendo console.

So what does that all mean?

Well, it means that ultimately it could go either way, but if I had to guess I'd say no. Except, it's a very small margin because the pros could quickly far outweigh the cons considering what Nintendo could bring to the table with on-the-go play.

Now, that's not to say that that would be a big enough selling point, but for many gamers who have yet to step into the world of Overwatch, this could be a great up-sell for a version on the Nintendo Switch.