What Kind of Gamer Are You? The Answer May Surprise You!

Not all gamers play the same way. How do you like to play? 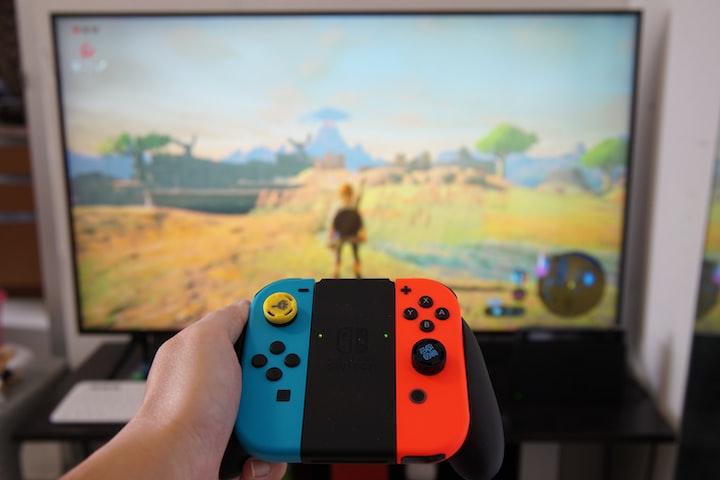 Photo by Ke Vin on Unsplash

Put a group of gamers in the same room and have them all play the same game, and you may (or may not) be surprised to find that they're not all playing that game the same way. Some of them might be more focused on battling hordes of enemies. Others might be more into exploring every corner of the available map. Others still might be trying to figure out how to get some rare and elusive achievement.

While all gamers are united by our love of video games of any type, the truth is that different aspects of games appeal to us more than others. Because of this, it can sometimes be difficult to find the games that are more "meant" for us and the kinds of activities we enjoy as opposed to games that we may absolutely dislike. Of course, you may also be like me and have absolutely no idea what kinds of activities you're drawn to when you play video games.

Fortunately for us (and game developers), an easy way to figure this sort of thing out came about in 1996 with a method known as the Bartle Test of Gamer Psychology, a method used by game developers to this day to help them build their games.

What is the Bartle Test?

In 1996, a British professor and game researcher by the name of Richard Bartle published a paper called, "Hearts, Clubs, Diamonds, and Spades: Players Who Suit MUDs" in which he cataloged his findings while researching different kinds of video game players. In specific, he was looking at players who played multiplayer online games. This paper led to the classing system that has helped game developers build their game structure around the various player types the developers hoped to attract.

And before you start thinking that this is something only utilized for larger online games, you would be wrong. Smaller games utilize this, too.

The Bartle player-type model is made up of four player-types that sit across an X- and Y- axis, in which people look at two specific things:

With this information, a series of A/B answer questions were created to determine which type a player leaned towards, and thus the Bartle Test of Gamer Psychology was born.

Before 2014, I had absolutely no idea that this was something that existed. In fact, I owe my knowledge of the Bartle Test to a video game that is sadly no longer active, an MMO called WildStar.

One of the things that fascinated me about WildStar was that it not only had a class system, but also something called a path system that you could choose at character creation. Although I didn't know it at the time, this system was based on the various player-types from the Bartle Test. Each path would lead you to different kinds of content. Soldiers, as an example, could kill waves of enemies, while Explorers might face challenges to race from one end of the map to another.

I enjoyed the concept of this system but had absolutely no idea which path would best suit me. This wasn't something I had seriously considered prior to learning about this system's existence, so I was curious to find out.

A bit of research informed me that WildStar's path system was actually based on the Bartle Test, so I hunted down an online version of it to take the test for myself.

What Kind of Gamer Am I?

Having taken this test a few times since 2014 simply out of curiosity regarding whether or not things changed, I can honestly say that they have not. As I was back in 2014, it turns out I am an explorer type.

Per the test results:

Explorers delight in having the game expose its internal machinations to them. They try progressively esoteric actions in wild, out-of-the-way places, looking for interesting features (ie. bugs) and figuring out how things work. Scoring points may be necessary to enter some next phase of exploration, but it's tedious, and anyone with half a brain can do it. Killing is quicker, and might be a constructive exercise in its own right, but it causes too much hassle in the long run if the deceased return to seek retribution. Socialising can be informative as a source of new ideas to try out, but most of what people say is irrelevant or old hat. The real fun comes only from discovery, and making the most complete set of maps in existence.

After reading that over several times, I realized just how accurate that actually was for me.

Many times, I will completely ignore the roads or established paths in games to get to where I'm going or will just let myself get distracted by something I'll see in the distance that I want to know about almost immediately. I'm the kind of player that always wants to know what's over that hill or around that bend. It's exciting for me to find corners of the map or new-to-me things in the world that I genuinely didn't know about before.

Achievements are nice. Hanging out in-game with friends is also nice, but most of the fun for me in the games that I play lies in the journey I take, and I wouldn't have it any other way.

What about you, gamers? What's your player-type? Take the test for yourself and let me know.

Find me elsewhere online at https://beacons.ai/thyanel.

If you enjoy my work, please consider donating to my Ko-fi so I can continue to create content for you all.

More stories from Thyanel and writers in Gamers and other communities.