Top 10 Most Popular PlayStation Games Of All Time

by Abbey Dowden about a month ago in console 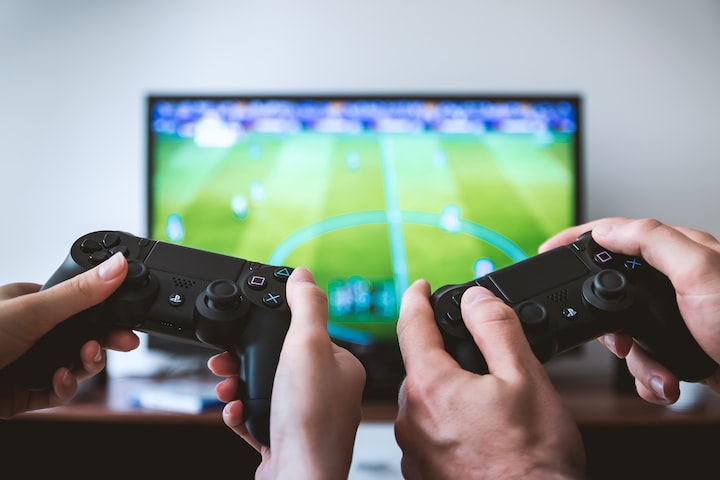 It has officially been 25 years since the original PlayStation launched, it’s time to remember the evolution of the PlayStation and its incredible impact it has had on our virtual experiences as we relay the Top 10 Most Popular PlayStation Games of All Time.

The Last of Us is as pure as any game gets, its incredible blend of stealth, exploration, and brutal combat that follows incredible character backstories that brings an unbelievable experience to the gamer. The Last of Us is among the best zombie apocalypse games out there, its heavy felt emotional packed entrance leading into the game with a plot twist captures the audience into a world they cannot escape.

Grand Theft Auto III (available on PS2) was the prime of its era. It was visually stunning and allowed the experience of walking through the streets, causing drama, completing missions, and developing the character you desired. GTA III was the first of its series to give the experience of a real-life person living in the gangster-filled cities who was able to control the character in third person. GTA blew up in popularity after the launch of GTA V (2013).

Bloodborne (PS4) has created a gothic, horror setting for this extremely intense experience. Combining magic powers, modern weaponry, and horrific enemy characters, Bloodborne has given us a nightmare to face in its randomly generated levels that developed from both old and new ideals that consumes hours beyond hours in attempt to complete its deadly challenges.

Skyrim is an action-filled role-playing game that is almost incompletable with its insane amount of quests and missions there are available. It allows the gamer to choose which pathway they prefer to take offering an unlimited number of scenarios including getting married, buying houses and adopting children. On the other hand, it also offers characters the opportunity to dive into dungeons, fight dragons, hunt for animals, and fight for what your known for – The Dragonborn.

In the beginning, there was Crash – the insane levels of Crash Bandicoot are struggled to complete to this day, it is also known for its cheeky technique where the players user face was spun around to face the object they were running away from, making it even more difficult to complete. Crash has some impact in all of the games we know and play today from being PlayStations best known mascot, to their camera angle tricks still being used in the newest developed games.

Its hard to make a list of the most popular PlayStation names without giving this one a mention. Tony Hawk’s Pro Skater 2 was the beginning of skateboard addiction allowing players to make more stylish tricks and for manual moves to last even longer. This amazing skateboarding fanatic game is also known for its punk/ hip-hop soundtrack that ring in our ears to this day.

Now of course, I didn’t forget my all-time personal favourite. Ratchet and Clank grew up with us from the beginning, they walked us through our young age as they travelled far and wide on their amazing and creative adventures. Their indestructible bond shows a true brotherhood between the two characters. The emotional and eventful roller coaster these characters share today have also become one of Sony’s most imaginative pair of mascots.

One of the most well-known and respected games in PlayStation history, Call of Duty 2 gives the player an ultimate experience that range from an insane zombie apocalypse to fend from as well as dropping them into the middle of the war grounds to defend their honour. COD 2 has been one of the most rated games and have evolved significantly over the years in order to create the detailed, intense, emotional story they have for us to play today.

And finally, we have Tekkan 3. Tekkan 3 is full of action, revenge, honour and, most of all, determination while they fight for their lives in the greatest fighting contest of all time in order to save mankind as they know it.

Hey every one! I’m Abbey, I am studying a Bachelor of Communication at University Of South Australia and have a huge passion for writing. I also work online doing proofreading and editing jobs as well as article and creative writing posts.

See all posts by Abbey Dowden →