by Rachel M.J about a month ago in list · updated 18 days ago

A list of spooky games to enjoy this Halloween, and then all year 'round. 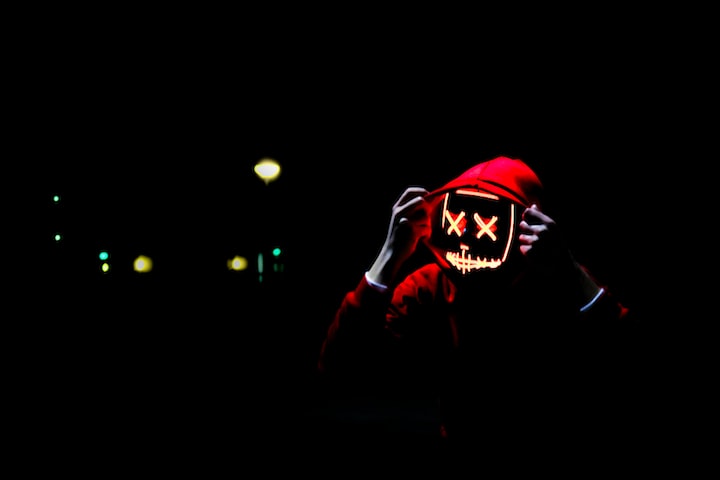 If I had to describe my capacity for spookish content, I'd say that I can stomach anything ranging from a painful stub of the toe to an ominous wind billowing through a dark forest... and that's about it. I am faint of heart, to put it lightly, but I still wish to enjoy Halloween to it's full potential. So, I tide myself over with pumpkin spice lattes, Harry Potter re-runs, and Halloween themed events in my favourite video-games.

If you're like me, i.e. you have the backbone of a wet-noodle, then fear not! I am here to make sure your Halloween runs smoothly.

Here is a list of nine spooky games that are appropriate for the faint hearted. You won't find any classic horror recommendations here (sorry Resident Evil fans) but you will find a number of games - ranging from mildly spooky to very spooky - packed with jump scares, psychological thrills, and charming atmosphere to satisfy that Halloween sweet tooth.

Let's get into the first recommendations...

A good Halloween fix if you're after a party game that is both affordable and straight forward. In Witch It you can play as a Witch or a Hunter in a comical and charming game of hide and seek.

During the hiding phase, Witch's have the unique ability to morph into inanimate objects. It is the Hunter's job to work together to find all Witch's on the cluttered yet beautifully designed maps. Find it on Steam for $8.68AUD during the Halloween sale.

Available on 3DS and Nintendo Switch

A spooky little game that can be played solo or in co-op. Solo, you play as Luigi who is tasked with clearing out a ghost infestation at a luxurious hotel. If you're looking for a fun co-op experience this Halloween, load up the verses mode and play as a ghost foiling Luige's efforts.

It's great value for a party, but can be enjoyed all year around solo due to it's charming visuals and quirky personality. Perfect for fans of Ghost Busters or Casper.

You play as Sir Daniel Fortescue; a Skeleton who has been rebirthed and given a chance at redemption after his untimely death in battle. It's the perfect pick for Halloween because it's visuals were said to be heavily influenced by Tim Burton's The Nightmare Before Christmas.

If management games are your thing, look no further than Graveyard Keeper. In a fantastical medieval town you run the local graveyard whilst also relying on your entrepreneurial skills to develop it into a thriving business (eek).

I won't tell you how... it's kind of grim... but it's equal parts charming and is the perfect recommendation for fans of Stardew Valley, The Sim's, or Jurassic World Evolution.

A first person problem solving/story game. You play as a young woman who is returning to her family home from a trip over seas, only to find the house empty. The atmosphere is ominous; exploring the mansion has you tensing for a jump scare at every corner, but the game is relatively benign.

Recommended for fans of Alan Wake or Life is Strange, Gone Home is a good option for people who want a gentle story driven game that isn't going to keep them up all night.

Moving on to the mid-tier grit, these games are recommended for everyone thirteen years of older. This is based on the assumption that you can handle dark themes, subtle gore, and a generous supply of jump scares.

Recommended for: 13+, Proceed with Caution

Although it features a child protagonist, I wouldn't recommend Little Nightmares to children. It's a puzzle-platformer/horror game, that relies on it's ominous atmosphere and spooky visuals to set you on edge.

While there is no explicit gore, the themes are Burtonesque in nature, so you might find yourself struggling to catch some sleep after a gaming session, but it's a great recommendation for those looking for a challenge, and for gamers who enjoy the likes of Limbo and Among the Sleep.

Alan Wake is an action adventure game in which you play as a renowned Thriller author (Alan) as he uncovers the mystery of his missing wife. Similar to a T.V. show/chronicle, the gameplay is interspersed with fascinating clips that slowly unravel the dark mystery.

Recommended for fans of Gone Home or Control. While originally released on the Xbox 360, Alan Wake has recently seen a remaster and is now available on new and current gen consoles.

Only two recommendations for my mid-tier grit recommendations, because I'm trying to be conservative with my spook factor. I don't want to ruin anyone's plans for a good night's sleep.

Two more recommendations remain, of which I shall succinctly class as 'pretty dam spooky but not overtly horrific'... enjoy.

Grit Level: You Shall Not Pass (High)

Recommended for: The Faint of Hearted who swear they can bear it.

The Sinking City is perfect for fans of H.P. Lovecraft or anything Cosmic Horror. It's an action adventure game set in 1920's Massachusetts, in which you play as a detective and army veteran, Charles, as he investigates the cause of his recurring and harrowing visions.

If you're interested in psychological horror, this is the game for you. But as is the case with anything Lovecraftian, be warry of gore that might serve as a shock factor; if that's not for you, neither is The Sinking City.

Available on Xbox, PlayStation, and PC

Hunt Showdown is the perfect option if you're looking for something spooky to play with friends. It's an online competitive shooter, in which you play as a bounty hunter taking down terrifying monsters for cash.

No matter what your phobia, you're likely to find a boss that's uniquely terrifying to you, and dying to it means losing your character forever. Look out for other players though, because you'll soon realise it's not always the boss fights you have to be most afraid of.