by Cereal Oatmeal about a year ago in Humanity
Report Story 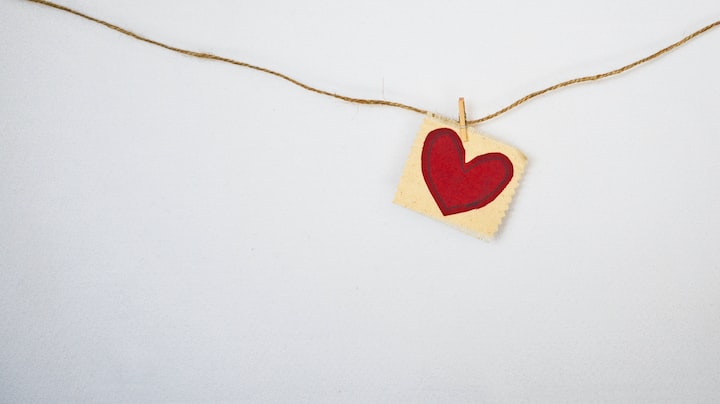 This is my thank you note, and my explanation, and my venting journal entry all rolled into one.

This was originally saved as “vent” in my Google Docs rough draft, and it will likely still read as one, in some ways.

But as I’ve been reading it I realised it’s also a thank you note to the Vocal community and to Vocal as a platform.

And I wanted to rewrite it to reflect that, since the victim mentality mindset that I was in at the time of writing it really didn’t set the tone I would like to set.

This will still be a bit of a thought piece, one that’s is largely about money struggles and about feelings of inadequacy but also one that is about gratitude and an attempt to overcome hardships that often seem insurmountable.

This piece is basically what should be in my about, if an about could be as long as this anyway. Or as prose filled.

I’m chronically ill, disabled, mentally ill, Autistic, and so much more than any one of those things.

But those are all realities with which I live, and I wanted to write about them.

I wanted to write about getting a job.

I am unemployed right now and I have been for years, since shortly after I turned twenty to now, at twenty five.

I had tried working, and I got stuck with what could possibly have been “Baby’s Worst First Job” if you can pardon the fact that I inadvertently just referred to myself as “baby,” anyway.

It was Hell, and I don’t say that lightly. I lasted about half a year.

I had known that I was sick before I took the job.

I was starting to feel the effects of the multiple chronic illnesses that I have all the way back in high school. Maybe even before.

But working that job exacerbated many of my symptoms. When I got home I could barely walk from the car to the house.

Sometimes I legitimately couldn’t walk, and needed help or a cane or a wheelchair to give me the freedom to move.

I had two doctors tell me to quit that job. That it was killing me. I was terrified when I finally quit. I wasn’t sure what would happen to me without income.

What happened was I was homeless for a year and a half after that.

Until my grandmother moved some stuff and money around and let me stay with her. Which is where I still live, thankfully so, since I get to spend more time with her and help her out when and where I can.

I’m incredibly glad I was here when Covid began. I was able to help her get groceries and medicine delivered instead of her going to a store every two weeks.

It worked out, in a way, but the hardships I had faced before were still very real. Still very painful. I’m not sure if I’ll ever write about having been homeless. It was gruelling.

And after all of that… I tried applying for disability. For four years. It was mostly because other people told me to.

People will tell you to “just apply for disability” like they've given up on you.

Not that disability is a bad thing or something anyone should ever be ashamed of getting or needing.

But that is how other people, non-disabled people, often say it.

Like they’ve totally lost all belief in you and your abilities.

Like it’s not an incredibly difficult and humiliating process.

For those who don’t know, disabled people are only allowed to have at most $1999 at a time, or their disability will be cut off.

The second thing I think about is my grandma, who’s on disability and is barely supporting the both of us on only $600 a month.

Two people surviving on what is basically $4 per hour.

I also think about the $8000 I owe in medical debt, which I’ve carried around like dead weight.

People who aren’t living in poverty often say things like “just let it age off” much in the same way they say “just apply for disability.”

So, a year ago, when my last appeal for disability got rejected because I didn’t have the money for a lawyer, I decided to start job searching again. Hell of a time for it huh? In 2020?

I got a legitimate offer right before the entire country shut down.

Now the offer is no longer valid and I’m back on the hunt… except now, due to a lot of reasons, I’d really like something remote.

When I think about getting a job, I imagine a world where my heart doesn’t twist and stab and my lungs don’t hitch when I can not engage with my interests.

Even better, ideally, I imagine being able to work and make enough money in order to thrive, while doing something I love, something that makes my heart soar and sing instead of shrivel.

Being Autistic means that the idea of working on something that I don’t love makes me feel like a rapidly built brick wall just got slammed into my face.

But the bricks are invisible.

I can see the task ahead of me, but try as I might I can not get through the wall to do it.

“you could bite through your finger like you can a carrot, but your brain won’t let you bite your own finger off”

and you immediately tried to do it.

You find out that it’s true; you can not bite through your finger because your brain won’t let you.

Your brain stops you from harming yourself.

I see so many viable job options out there for me, but I can’t do them because my brain is stopping me from harming myself. If it’s not meeting my interests, not giving me serotonin, I simply just can not engage.

Because for Autistic peeps, forcing ourselves to work on something we’re not engaged with is harmful.

It hurts physically. It makes me feel like I can’t breathe, like I want to break down and cry.

That’s how my first job made me feel, every single waking day of working there.

I’m simply unable to put myself in harm’s way for the sake of a job.

And I’m really afraid that that might mean I’ll never be hired.

We as a society glorify people harming themselves for their job.

I refuse to voluntarily add more to that list.

I just don’t know where that’s going to leave me. Or my grandmother or our cat.

And this is where Vocal comes in.

Because when I write? When I pour my heart out onto a Google Doc and upload it to Vocal?

Okay, so my first thought is one of Imposter Syndrome. And that may be my victim mentality rearing its own ugly head, but that is my first feeling.

I can not believe that anyone is enjoying any of my work.

Because no matter how much of my soul I put into a piece, I have the thought that I don’t deserve any accolades or attention.

When I get it, like I have recently, I don’t know what to do with it. I have trouble accepting praise.

Sometimes I set my hopes high, that I may win a challenge one day and be able to pay off some of this debt, move some money around and maybe take that $700 bookkeeping course and maybe maybe be worth something.

Because you’re not worth anything if you’re not making money, are you?

At least that’s how I’ve been made to feel, isn’t it?

But I also do not believe that my worth is defined by how much money I make.

It’s just that I feel that way sometimes.

It chips away at that feeling. It makes me feel less like a fraud. Less like a burden.

Thats what makes it wonderful.

I never imagined the potential that my writing could have.

For what I write, to be enjoyed, genuinely, by other people. Enough so to garner tips and favourites and so many reads.

I know Vocal will never be a job for me. I doubt any of my work will be enjoyed quite enough.

Besides, typing hurts my joints quite a bit, even if it is a passion of mine.

I don’t know what the happy ending to this story could be.

But maybe that’s a good thing?

I’ve had expectations of the worst so much in my life.

My Vocal fans have eroded my sense of expectation.

You’ve all challenged what I thought to be true about myself. And about my writing.

So maybe I will win a challenge one day.

Maybe I’ll find that dream job of mine that makes my heart soar.

If my little stories on Vocal can touch someone enough that they see it fit to tip me then maybe anything is possible.

So to anyone who has read my other work, or if you’re only just reading this, either way thank you so much.

You’ve given me back some confidence that I lost somewhere a long time ago.

More stories from Cereal Oatmeal and writers in FYI and other communities.