Some Facts That You May Not Know

by Cendrine Marrouat 23 days ago in Humanity
Report Story 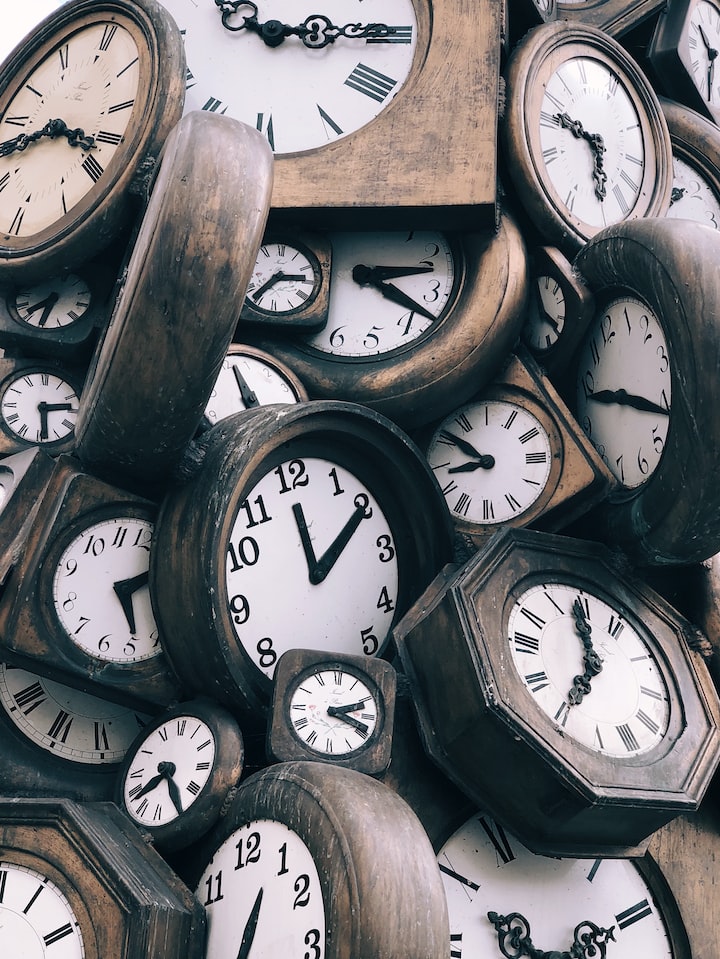 I don’t know about you, but I hate alarm clocks. I think they were created to give people heart attacks. 😜

And yet, we need them more than we know…

A few months ago, I learnt that the first alarm clock may have been a clepsydra (or water clock) owned by Plato. It was set to chime twice every day (early evening and dawn).

In the third century BC, engineer and inventor Ctesibius modified the system to include a dial and pointer, hence allowing time to be indicated. At pre-set times, the system would drop pebbles onto a gong (or force bell-jars down into water to blow trumpets).

In Europe, there were striking clocks as early as 1319. But the first user-settable alarm clocks only made an appearance in the 15th century.

These early alarm clocks had a ring of holes in the clock dial and were set by placing a pin in the appropriate hole. — Source: Wikipedia

The year 1787 saw the birth of the earliest known personal alarm clock in Concord, Massachusetts. Unfortunately, it could only go off at 4 a.m.! Levi Hutchins, its inventor, just needed something to wake him up early for work, so he did not bother improving the system.

The Latest Addition to the English Alphabet

We all know that Z is the last letter of the alphabet. But its position does not make it the youngest child!

“J” started its life as a swash, not as a real letter. It was a typographical embellishment of “I” in the Roman alphabet, and used to conclude a series of ones. For example: XIIJ / xiij (13) or CVIIJ / cviij (108).

There was no difference between “i” and “j” to express the sounds of vowel and consonant in writing until 1524. That year, grammarian Gian Giorgio Trissino asked that “j” be recognized as an independent entity (and a consonant) in an essay. In 1633, a book in English sought to explain what made “j” unique compared to “i”. Fast forward to the 19th century, and the letter finally found its place in the English alphabet!

In other news, did you know that “J” appears nowhere on the periodic table of elements? (Go check, if you don’t believe me.) The letter Q is the other one, even though it is used in temporary element names (e.g. “ununquadium” or Uuq).

The First Speeding Ticket Ever Issued

Picture this. January 28, 1896. Paddock Wood, Kent. A gentleman named Walter Arnold decided to be reckless and drive through the village in his horseless carriage (a German-made Benz) at the whooping speed of 8 mph or 12.8 km/h!

(The law also required that a man with a red flag should precede him, but he was nowhere in sight.)

An 8-kilometre chase ensued between a police officer riding a bicycle and Walter, who ended up being fined £4 7s (about £260 or $353 today). He was found “guilty” on four counts:

Walter should have known better, though. He owned one of the first car dealerships in the country.

You can read the original report from the London Daily News here.

That's it for today!

Thank you for reading! Feel free to share your thoughts about this article with me on Twitter. I'm @haiku_shack.

Interested in supporting my work? Here are three ways you can do it.

1. Visit my store and grab one of my books. You will find poetry, photography, short stories, theatre, humor, and social media guides.

2. Purchase one of my photos. Treat yourself to a mug, print, card, iPhone cover, and more.

More stories from Cendrine Marrouat and writers in FYI and other communities.