Confucius and the Secret Magic of Rituals

by George Dillard 5 months ago in Humanity
Report Story

How can repetition calm a chaotic world? 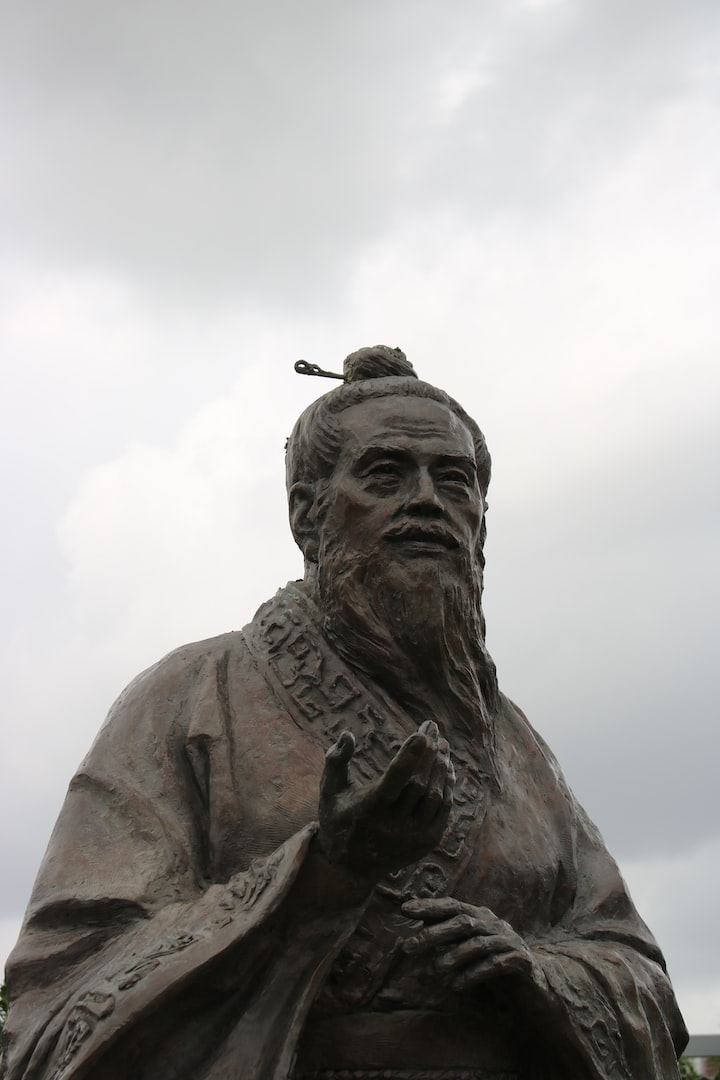 Photo by Denise Bossarte on Unsplash

If you’re like me, you probably hate rituals, and you think most social rules are unnecessary.

Why do I have to dress a certain way for some occasions but not others? Why do I have to sit through a national anthem before a baseball game or a religious service that’s the same every week? Graduation ceremonies, formal weddings, figuring out which fork to use, listening to a speaker get introduced when I can just google her bio… it all seems like a waste of time.

However, the ancient Chinese philosopher Confucius thought quite differently, and it turns out that these little rituals and rules of etiquette — big and small — might be useful after all.

Confucius lived at a time when society was falling apart in a number of ways. The Zhou Dynasty, which had ruled over China since around 1100 BCE, had been slowly losing its power since the 1100s. By the time Confucius was alive (around the year 500), various warlords in China had stopped listening to the emperors and were operating as independent kings in all but name. These warlords, as the name indicates, fought a lot of wars against each other, and the conflicts increased in ferocity throughout Confucius’ lifetime. The old rules of war were falling away, and ever-larger armies were doing ever-more-terrible things to each other and to civilians.

Much of Confucius’ philosophy — which would in time become the bedrock of Chinese culture — was a pursuit of ways to slow down or stop the chaos. Confucius was obsessed with the question of why people do the right thing, even if it’s tedious or difficult. For example, why do people get up and go to school or work in the morning when there are much more fun things to do? Confucius’ insight was that people don’t really think about the bigger reasons we do these things — a student doesn’t wake up in the morning and really deliberate about the relative merits of school attendance and its impact on his future — we mostly just do what we do because we’re used to doing it.

Your habits make you what you are.

Confucius expanded this idea to society as a whole. How do we keep from hurting each other, either physically or emotionally? How do we make sure that society works smoothly, given the fact that we all have different personalities and desires? We institute rituals that teach us how to behave and pull us together. These rituals give us a sense of community and instill good habits. They can be as simple as greetings (asking a formulaic “how’s it going?” is usually just a way to lubricate our social relations, not a sincere inquiry into someone’s inner life) or as complex as a religious service. If you teach the members of a society the proper rituals and etiquette, you will have gone a long way toward making a society that runs smoothly and peacefully.

So — next time you have to dress up for an event or sit through a tedious ceremony, you can take some solace in the idea that these inconveniences could be the secret to holding our society together.

Adapted from the original, published on Medium

More stories from George Dillard and writers in FYI and other communities.