The Sad Truth Is That We Can Adapt to Climate Change

by George Dillard 5 months ago in Climate
Report Story 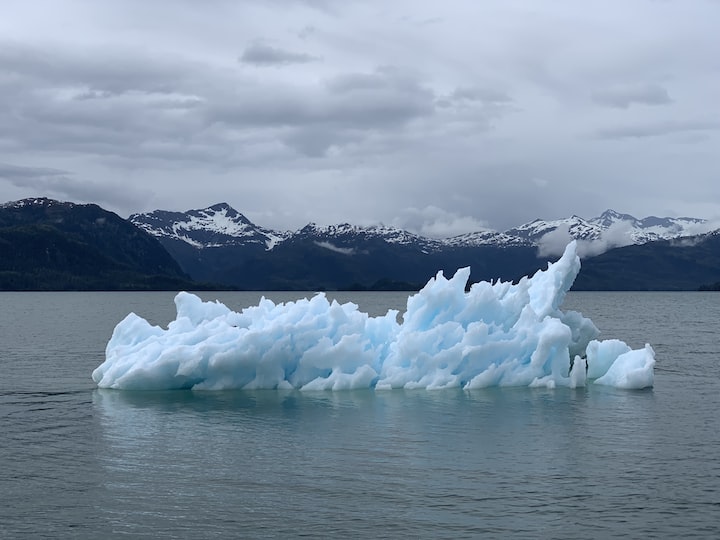 Photo by Melissa Bradley on Unsplash

Climate change is a devastating problem; it threatens to kill millions of humans and ravage the rest of the living world, catapulting the biosphere into a mass extinction. It will impoverish every society on earth and change countless systems in nature.

Here’s what worries me — we’ll learn to live with it.

Climate change is happening already — we’re already over one degree Celsius above the pre-industrial baseline. In the last few years, we have started to see clearer evidence that climate change’s effects are happening now, not in some hazy future. Hurricanes are increasing, species’ numbers are plummeting, and wildfires now define an entire season in some parts of the country.

Right now, all of this seems unusual, but it probably won’t for long. Climate change is an increasingly grave problem, but it will move slowly enough that we can mentally adjust to its realities as they change.

Climate change is a classic boiling-frog problem. The old saying — which isn’t actually true but illustrates a useful concept nonetheless — tells us that a frog thrown into already-boiling water will jump out, while one placed into a pot full of water that slowly warms to its boiling point will never try to escape. As the climate warms, we will get used to a hotter, more dangerous, and less vibrant planet. Our complacency will make it difficult for us to act. The diminished world we live in will simply seem normal to us. We’ll boil without ever being fully aware of it.

What makes me think this will happen? First, environmental amnesia — sometimes called shifting baseline syndrome — is a well-documented phenomenon. People instinctively believe that the environment in which they grew up is “normal” and healthy. Most of us can’t really comprehend the ways in which the natural world of 1900 or 1850 was different from that of our childhood. This means that generations growing up now, in an environmentally impoverished world, will simply think that this is what nature is like. They may not be able to envision the richer world that existed before the planet began to heat up.

Second, people have an amazing — and disturbing — ability not to see troubling things around them. Think about the things we’ve become able to ignore or accept as just “the way the world is.” We’re all aware that we live in a world with staggering levels of poverty, homelessness, untreated mental illness, and inequality. We’re aware of these problems on some level, but we also feel like we have to live our everyday lives. It seems like these problems have been there for a long time. They’re regrettable, but normal.

So we acclimate ourselves to these problems. We accept that, in this world of material abundance, people will starve or go homeless. We train ourselves not to see the problems, and they don’t get solved.

This isn’t new. People have, throughout history, become used to awful circumstances without thinking much about them. For much of American history, most white people lived out their daily lives in a society that found owning other human beings perfectly acceptable. Even many of the people who thought the practice to be morally questionable found a way to reconcile themselves to it. Slavery was just the way of the world, it wasn’t going to change soon, and it didn’t feel like it made much of a difference to run around shouting about it all day. This resulted in millions of people being deprived of their freedom for far too long.

We’re like fish swimming in water — and, as David Foster Wallace famously said, few of us stop to ask, “what the hell is water?” If we live with the effects of climate change for very long without acting, we — and by we, I mean residents of the rich world who can afford to insulate ourselves from climate change’s effects — will simply become used to a world full of climate refugees, terrible natural disasters, and impoverished ecosystems. We’ll be vaguely aware that things used to be better, but won’t want to think about that too hard.

We’ll shrug and get on with our days. Eventually, it will all seem normal. Most of the time we simply won’t see the damage that has been done to the planet and our societies. It will become difficult for many of us to sustain the level of alarm that solving climate change will require.

Humans are incredibly adaptable, and, in this case, that’s a bad thing. This is why we need to act now, while the changes in the climate are at least somewhat novel. It’s challenging to face up to what is happening to the world, especially when everybody around you isn’t able or willing to do so. But if change is going to happen, we have to make sure our blinders stay off, and we look directly at what is happening around us.

In this case, let’s try not to adapt. Only by seeing clearly what is happening around us will we retain the ability to fight it.

More stories from George Dillard and writers in Earth and other communities.