by David Parham 2 months ago in science fiction
Report Story 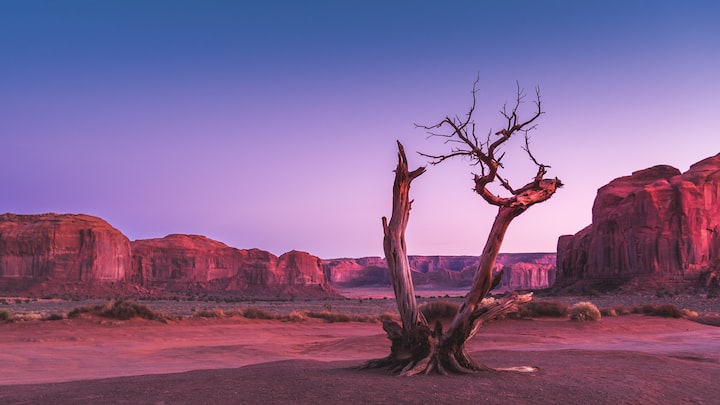 Photo by Ganapathy Kumar on Unsplash

Colonization of planets, once the dream of intergalactic explorers, mad scientists and space cowboys appeared closer to reality as Blank Days (2020-2035) swept the earth. Extreme social unrest was grinding down societies, one cataclysmic event after another. The elite governing bodies had lost control over their citizens. Cops quit their jobs in droves, farmers stopped planting for two years causing world-wide starvation. Seeds and fertilizer had been taxed out of existence. In this ‘Blankverse’ the media stopped reporting about rampaging daily violence and death tolls. School shootings, riots, terrorist threats, even wars went unmentioned. People were dying in the streets, not just in third world countries but in places like London, New York, Paris, Tokyo and LA. Horror was upon us.

I traveled a lot in those days so I saw first hand what my fellow human beings are capable of. I saw a woman shot and killed while waiting for a plane at O’Hare International. This wasn’t on a dark side street somewhere but in an airport where one has an expectation of safety. I’m sure the victim probably thought she was safe. After unloading his weapon into her back, the killer shouted. “Ain’t nowhere safe now, bro.” And walked away. No one in the airport ran after him or tried to block his escape. And there were no cops present to arrest him.

Hazen Claw, a Harvard educated environmental lawyer and frequent guest on cable news shows often appeared to espouse his latest, save-the-planet, diatribe. This particular morning he must have rolled out of bed with a new idea that couldn’t wait to be developed beyond a mere catch-phrase before being unleashed on an unsuspecting drive time audience. Just a hint of an idea. And not a good one. Hazen announced that cemeteries were racist eye sores where the privileged pointed at the poor and less fortunate, even from the grave and shouted, “I’m better than you. Look at me adorned in marble and lush landscape and you in rags.” Cancel the blight to make space for low income housing. “Because housing is a human right and the dead aren’t in need of shelter.”

The show host was incredulous. “Where will all those bodies be stored, Hazen?”

“Cremation.” Said Hazen, blithely. “It’s not hard to figure out, is it?”

These were the kind of pronouncements that made Hazen the most hated man in America for the next twenty-four hour news cycle. They also boosted television ratings.

Wilmont Change followed Hazen Claw and asked the host if Hazen would be so kind as to join them during his segment. Claw was a billionaire with his own space exploration company. He had over 50 successful launches, landed four men on the moon and brought them back safely. Change was loved by everyone. He was the exact opposite of Claw who came across as outlandish. Change was thoughtful, funny and kind. To people he met on the street he dispensed cash, to strangers and those less fortunate. His English accent and James Bond good looks didn’t hurt either.

“Why am I here, Change? I’ve got places to go, things to do.” Claw makes a show of looking at his Rolex.

“I was intrigued by your idea to clear cemeteries in order to make way for low income housing.”

“Actually that was my brother’s idea. He’s an architect and recently designed high rise accommodations for the ever increasing homeless population.”

“So Will what attracted you to Hazen’s idea?” Asked the host.

“I thought perhaps my company, Space Futures, could assist in relocating the bodies you would necessarily have to exhume.”

“How’s that?” Asked Hazen, as he looks at his watch again.

“Each coffin would be loaded into its own compact capsule and launched into space.”

Hazen laughed at him. “Your kidding right?”

“Not at all. Each capsule would orbit the earth and act as a satellite capable of receiving and sending messages.”

“You mean like cell phone messages?” Asked the host.

“That would be one application but I’m sure there are others.” Said Wilmont. “I’ve just now thought of this idea. Of course when I present it to my team I’m sure they’ll be bouncing all kinds of ideas back and forth.”

“Sounds like an ego trip for the rich and greedy.” Said Hazen. “More white privilege.”

“I don’t think so,” said Wilmont, patiently. “The deceased who where homeless in life would go first. And without charge. We as a nation can no longer afford to ignore this segment of the population.”

The applause sign went on and the studio audience gave Change a Standing O.

Every year in Las Vegas or some other convention city security companies get together to exchange information on incarceration science. These events are not covered by the news media as they are deemed insensitive to the needs of those imprisoned.

Products designed to limit the movement of problem prisoners are featured. Everything from the latest in handcuffs and straitjackets to full body containment. Among these, a plastic, sleeping bag looking thing that a man or woman could be zipped into. The face remains exposed to facilitate breathing. Then all the air in the bag is sucked out immobilizing the prisoner. I saw a demonstration of this truly ugly contraption and couldn’t imagine using it on even my worst enemy. The ‘Badbag’ as it’s called, was recommended for use when transporting high risk or flight risk, prisoners. One of the actors hired to demonstrate the Badbag was claustrophobic and as soon he was zipped in and the air sucked out, started begging to be released. Screaming he couldn’t breathe. After the demonstration one woman, a prison warden, asked, “how bad does a prisoner have to be to qualify for the Badbag?”

“We’ve sold the Badbag all over the world and it’s used effectively in a variety of situations. In some countries as soon as your arrested you go in the bag in other places it’s only used for the most violent offenders.”

Another observer asked, “how many do you recommend for each prison or jail?”

“One per prisoner.” Said the Badbag representative.

In addition to the Badbag was another, mad scientist, invention. A man about seventy years of age sat at a card table with an expertly crafted and quite beautiful, wooden cube about the size of a shoe box. There were two knobs and a needle on top of the box as well as an on-off switch. He wasn’t attracting much of a crowd. He sat quietly, drinking a can of soda and looking around at the all the people passing by. To be successful at conventions the participant has to be outgoing, flamboyant and loud. This man was none of those things. So I decided, after watching the Badbag demonstration, to find out what this guy and his box were all about.

“How does one bend time?” I asked.

“Through the use of sound waves and other things.”

“How is it relevant to the prison industry?”

“How does this work in a prison environment.”

He finished his soda and tossed it in the trash, belched and looked rather bored as he started to explain. “A man is sentenced to five years but there’s not enough cell space to hold the guy. So you hook him up to the machine here and set it for three hours. When he’s done he feels like he’s just served six years.”

“I don’t see how that’s possible. The person may be hooked up to your machine but he can still see what’s happening around him.”

“The prisoner is confined in a dark room five to ten days prior to being hooked up. By then he’s pretty much lost track of time. There is no outside stimulation, nothing to read, or pictures to look at. What he sees comes from his own mind, his thoughts, memories, both good and bad. Most of these guys don’t think good thoughts. When your bad thoughts are subjected to our patented time bending technique your stuck in your own nightmares.”

“What about a person whose lived a good life, has great memories?”

“Same thing. Your stuck. Even good memories can become a burden.”

“What happens to these guys when they’re done?” I wanted to know.

“They’re sent home; never go back to jail, I can tell you that.”

“Does it have other applications besides punishment?”

“We’re experimenting with people who’ve been diagnosed with terminal illnesses.”

“To make them feel they’ve lived a longer life?”

“Yes.” He reached into the cooler behind his card table and grabbed a soda. “Care for a grape soda?”

“Between four and six million dollars. We sell between five and ten of these per year.”

“What are your plans for the future?”

“We’re hooking up with Space futures. Space colonization project. If humans are going into space you got to have some place to confine the bad actors. This here is prison in a box.

The meeting was held in a nondescript warehouse in Modern Castle, New Mexico. MC is a tiny nondescript desert town; home to nine bars, a bank, Post Office and, an all but deserted, strip mall. City hall is the only tenant.

After everyone was seated Wilmont Change rose and made a brief speech.

“Welcome everyone. We are here, in Modern Castle, New Mexico to pick three candidates to ride into space on our first colonization mission to Mars. Our first manned rocket to Mars will launch approximately twenty months from today. Each of you has a special part to play in making this launch a success. Success in space starts with tiny steps right here on earth. Thanks for attending and let’s get to work.

The ever Changing Complexities of Life, Fear, Mysteries and Capturing that which may not be there Tomorrow.

More stories from David Parham and writers in Futurism and other communities.