The beginnings of a voyage written in the stars 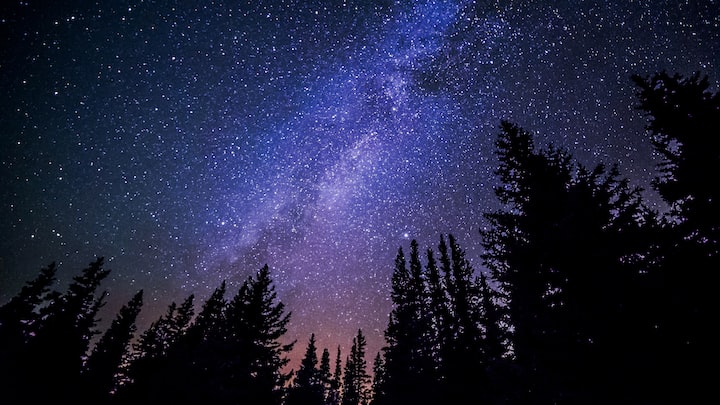 Photo by Ryan Hutton on Unsplash

No one can hear a scream in the vacuum of space, or so they say.

That’s what you said to me the last time I saw you. You said many other things; we must have sat there in your backyard for hours, but that’s something that stuck with me. We were fifteen, best friends, curious and mystified and determined to figure it all out together. You swept your arm towards the sky in a grand gesture and went on to explain that sound waves couldn’t travel in space. It’s quiet; there’s nothing—no air, even—for miles. You wondered aloud if that was why you were so drawn to the stars.

“Because of the emptiness?” I asked.

“I don’t know,” I said, “If humans can even conceptualize true emptiness.”

And you spoke about how suffocated you felt so often, and I made the mistake of looking at you and then all I could think about was how your eyes were even prettier than the stars reflected in them. And how, even in a world so jam-packed with closeness, I wanted to get closer.

I remember shaking my head, refusing to risk it. Refusing to be rejected by your family as well as mine. Your house had become my second home, and even though your family was just your mom, I loved her. She made jokes and talked about physics we didn’t understand and saw me as a second daughter, and that was enough. It had to be.

But that night, you told me that the world didn’t understand you and you wouldn’t tell me why. I could feel the words forming on my tongue: me too. I understand.

And then you told me you were leaving.

I asked where to, and you said your mother’s team was working on something. A way to leave Earth behind—not quite yet, but maybe in ten years. It’s a generation ship, something she’d been building ever since a habitable exoplanet was found dozens of light years away. They call it Liro. You called it hope. You told me that I should board the ship when it was ready, if I wanted. I got so excited, it never even crossed my mind that you didn’t say anything about yourself. That you spoke almost sadly, as if there was hope, but not for you.

It wasn’t until they found your body in a nearby river that I realized that.

I think I knew emptiness then.

There was no note, no will, no indication besides that nighttime confession where you told me you didn’t feel you belonged. And I was stupid enough to see it through the lens of my own selfish wants. I was so ashamed, so disgusted with myself, that when your mother asked me if there was anything of yours I wanted to keep, I almost said no. I did end up taking that flannel jacket you wore so often. And your telescope.

You were what sparked my passion for space. I never stopped thinking about the pull you had towards the skies, about how badly you wanted to go somewhere else. I don’t think I’ll ever stop wondering whether I wanted to go to space for myself or for you. I do know that it was my own scientific mind that got me my aerospace engineering degree, and my connection to you that got me a position on your mother’s engineering team—the team still working on that generation ship you told me about so long ago.

They’re in the final stages now, trying to get volunteers to populate it. They bill it to the public as a way to “make your mark on history.” The ship is called Legacy.

I don’t know if I believe in legacies. But I do believe in science, in discovery—and maybe I believe a little bit in ghosts.

I believe in you.

I hope you’ve found peace in the emptiness, because I never will. But I can get on this ship and do something with my life. I can go on this adventure for you, and for myself, and I can try to see what you saw in the stars. I can create a better world, even if I never see the final outcome.

Here’s to the first generation of passengers.

More stories from May and writers in Futurism and other communities.