by Kate Grafton 11 months ago in fantasy
Report Story 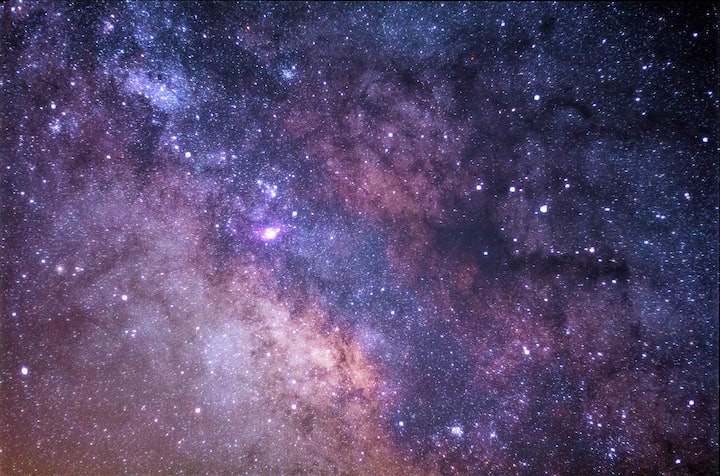 A soft wind blew through Karen’s hair as she stood on the balcony of her temporary home. Vixok was kind enough to let Karen live in a small house rather than in the infirmary. It had only been one week since she had arrived on Turnog. The citizens were very accepting of her and her nature. They had learned that Karen’s senses were bound to the paranoia of getting hurt. Though she appeared fine on the outside, it only took one misunderstanding to bring out the fierceness that was locked inside. Despite this drawback, the citizens understood that it was not Karen’s fault.

Karen herself did not understand that it was not her fault, though. Guilt plagued her heart from all the things she had done under Zark’s command. She desperately wanted to make him suffer for all the horrible ways he had tortured her, but she didn’t know how to make that idea a reality. She was stuck with no plans to make it happen. Though Vixok had offered his help, Karen was still cautious.

“The wilderness here is quite beautiful, isn’t it?” Vixok asked with a smile.

Karen jumped in surprise at the sound of his voice. She had been so lost in thought that she did not hear him walk up to her. She soon sighed and smiled weakly.

“It is quite beautiful to see the leaves shake and the grass dance in the wind,” she answered.

“I have always been in awe of nature,” Vixok stated, “Nature always has a way of bringing joy to those who can see it.”

Karen looked up at the sky as the wind blew through her hair.

“It seems that a storm is coming.” Karen stated blandly.

Vixok looked at her with curiosity.

“Our scientists do not predict a storm,” he said.

Karen remained silent as Vixok looked back at the sky.

“If you’d like, you can explore Turnog.” Vixok said kindly.

Karen showed a small smile, and Vixok led her to the stables. At the stables, Karen saw the strangest creature. From a distance it looked like an Earth horse, but upon closer inspection, Karen saw it had canine features such as paws and sharp teeth. Karen was hesitant at first, but soon earned the trust of one of these creatures.

“They are called zodua.” Vixok informed Karen, “Magnificent creatures, they can climb the steepest of mountains, and can easily attack any enemy upon the rider’s command.”

“They are definitely beautiful.” Karen said in awe.

The zodua she had been petting inched closer to her, nudging her arm to get her attention. She resumed petting its head and huffed in content.

“You can take him as you explore. I assure you, he will keep you safe.” Vixok said as he handed her some reins.

Karen carefully prepared the zodua for exploration. As she mounted the zodua, he was eager to go out into the world and began running at full speed. Karen could feel the wind rush through her hair as they traveled. Once they reached the forest, she pulled the reins to bring the zodua to a full stop. She tied the reins to a branch on the tree. Before she left, she placed a hand on the zodua’s head.

“I will return, I promise.” she whispered.

The zodua huffed and shook its head. Karen smiled as she began her trek into the forest. For what seemed like many hours, Karen had traveled deep into the forest. In her mind, she called out to the wolf that had claimed her. When he did not appear, Karen sat on a boulder and sighed.

The wind shook the trees as the sky continued to darken. A light fog began to appear, encircling Karen. She knew it was her wolf friend and smiled when she finally saw him appear from the fog.

“Your mind is troubled.” the wolf spoke.

“I don’t know what to do.” Karen explained.

“You are thinking too much, Karen. You are not listening to your instincts.”

“If I plan things out, then I cannot possibly fail.”

“You must learn to rely on your instincts. You know perfectly well that Zark is a formidable foe.”

Thunder echoed above, and the wolf smelled the air for a moment.

“Follow your instincts.” he said as he disappeared in the fog.

The fog disappeared as the rain finally began to pour down. Karen sighed as she got up to return to her zodua. She began retracing her steps, but still couldn’t find her way back to the path she had started on. Thunder roared above her as the sky spit out lightning. Karen’s sense of direction was lost as she began wandering aimlessly. Another clap of thunder echoed above her as she stopped to catch her bearings. She stood still for a second too long as a bolt of lightning hit a tree, weakening the trunk, and the tree collapsed.

I love writing poetry and fantasy stories. In high school I wrote my first novella and continue to write more.

More stories from Kate Grafton and writers in Futurism and other communities.