by Christopher Harvey 2 months ago in future 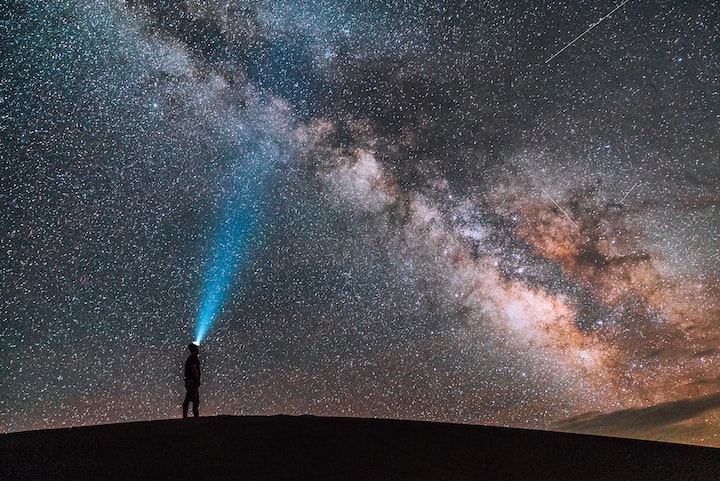 Photo by Josh Gordon on Unsplash

Elon Musk is nothing if not a master of staying in the headlines. And his latest gambit is nothing short of mad genius (with a bit of an emphasis on the “mad” part of the equation).

It’s not news that Musk has set his sights on Mars after getting his feet off of the ground here on Earth with SpaceX. But, as he elucidates his dreams more and more, we start to get a grander vision of something very 2020 but also a bit golden age scifi as well.

How so? Well, Musk sees glass domes on Mars inside of which colonists work and live. Oh, and there will be WiFi, of course.

As we said, Musk is nothing if not a master at staying in the headlines for one reason or another. Yet, as is often the case, not all of these wild visions are drawn out of thin air. In fact, it might actually be based on some kind of speculative or in-development technology.

However, before we get to terrariums on Mars, we have to make a short visit with Musk’s statements in the past. Namely, he said would we terraform Mars – potentially with “atomic bombs” if we had to do so – and this would provide an atmosphere where humans could live. What happened to that plan?

Musk hasn’t forgotten it; it just takes too long. It also would consume the entirety of the Earth’s current nuclear weapons arsenal, a fact not lost on Musk. Never one to bother with tiny details, especially those that stand in his way, Musk’s vision is unimpeded by the glacial timeframes required by terraforming.

“Terraforming will be too slow to be relevant in our lifetime. However, we can establish a human base there in our lifetime. At least a future spacefaring civilization – discovering our ruins – will be impressed humans got that far,”

he wrote on Reddit discussing future plans to colonize Mars.

Getting to Mars might not take that long, though, as Musk touted SpaceX’s next-gen reusable rocket, the Starship (capable of transporting 150 tons or 100 people into space), as the vehicle ready for the task of taking colonists to the red planet. Popular Mechanics reports that Starship utilizes SpaceX’s “Raptor Vacuum Engine.”

This gives the Starship the ability to travel through the vacuum of space and to use materials for fuel on a return voyage that can be sourced on Mars itself. For those of us out there that didn’t think Musk was taking these things seriously, this is some pretty strong evidence to the contrary.

It sounds all quite glorious and, if you hadn’t heard of it before, you might think this is all relatively new. Yet there is some backstory to Musk’s Mars-capable technology that might damper enthusiasm somewhat.

Yes, Musk claims that the tech could be ready as early as 2026, but, in reality, the Starship has encountered more than a few problems in development. For one, as Popular Mechanics highlights, it tends to explode currently.

It’s not that problems won’t get worked out between here and there, it’s just a small dose of truth that should help us set expectations accordingly. Then again, Musk has never shied away from describing these early days in terms of the “Wild West” and pioneers. There are bound to be more than a few setbacks along the road to settling the dusty sands of Mars.

As for how the Starship will use materials on Mars to get back to Earth, Musk outlined the plan for that very thing. The first voyage would provide the materials for the refueling station to be used on Mars with the Starship also acting as a kind of habitat for the people on Mars.

Speaking of which, that brings us back to the glass domes concept. Where did this emerge? Well, Musk reiterated his belief in glass domes as a potential way to support life on Mars, tweeting,

“Life in glass domes at first. Eventually, terraformed to support life, like Earth.”

If that doesn’t evoke the golden age of science fiction, we don’t know what will. It is also proof positive that Musk has tapped into the popular psyche in a way others have never had the ability to do so when it comes to space exploration. He can suggest terrariums on Mars and people simply say “yes.”

But this actually just restates a position he held in 2016. When asked about life on Mars in the beginning, Musk described a world of glass domes underneath of which mining droids build “pressurized tunnels” within which working and living spaces for human colonists could be built.

There is also the concept of terraforming the small spaces underneath the glass domes themselves. The point here is that, while headline-grabbing, Musk’s glass dome idea is nothing new for him and just a rehash of his greatest hits playlist concerning Mars exploration and colonization.

Perhaps more interesting than his restated plans to colonize Mars are his beliefs in a self-sustaining colony that governs itself. Musk has underlined this concept in multiple statements on the subject and it is a core value he thinks will help determine whether the concept thrives or fails.

That doesn’t mean he wants Martians to be all alone in the solar system. Actually, quite the opposite is the case. He envisions a WiFi network connecting Mars with the mother planet.

“Once we take people to Mars, they’re going to need a capability to communicate. In fact, I think it will be even more critical to have a constellation like Starlink around Mars. …And then of course you need to connect the two planets as well, so we make sure we have robust telecom between Mars and back on Earth.”

As for “expert opinions” on Musk’s prognostications, most people support his aims though they stress his timelines might be somewhat unrealistic. Indeed, most of the goals Musk outlines would take quite some time to see to fruition no matter how fast the technology to support it is developed.

Yet one thing invigorates everyone about Musk’s vision and that is his resurrection of space exploration and the science around it as something cool and sexy.

The emergence of space exploration as an industry instead of as an endeavor of national prestige means that we could see other players besides Musk emerge as well. All of this is considered a massive boon for astronomy and science. Perhaps Musk’s predictions aren’t based upon realistic time-frames, but his ability to sell the technology and the concept it empowers is beyond compare.

Originally posted on my blog. Check it out here: https://kryztoff.website/

See all posts by Christopher Harvey →