According to scientists, a universal flu vaccine could be available within two years.

A vaccine against all strains of virus has been hailed as a significant step toward preventing a potentially devastating flu pandemic. 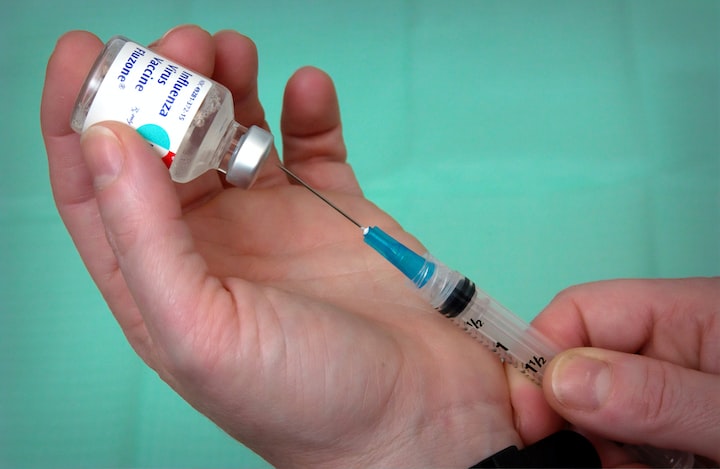 For decades, the world has been plagued by a pandemic that takes the lives of thousands every year. With no cure in sight, many have turned to preventative measures such as vaccines and quarantine. While vaccines are available for some strains of flu, there is currently no universal vaccine that is effective against all strains. However, a scientist at University College London has made a breakthrough in the fight against this pandemic. It may be only two years before we see a universal flu vaccine—one that saves

With almost 400,000 people a year in the U.S. becoming hospitalized and 70,000-plus fatalities annually, influenza is recognized as a significant global public health threat. Current methods to combat the virus are preventing 700,000 flu-related hospitalizations and up to 50,000 deaths per year in the United States alone. However, a new universal flu vaccine may be available within 2 years thanks to a scientist and his team of researchers at Texas A&M University. The vaccine protects against all strains of the virus.

An experimental vaccine based on the same mRNA technology as the highly successful Covid jabs was discovered to protect mice and ferrets from severe influenza, paving the way for human clinical trials. Prof John Oxford, a virologist at Queen Mary University in London who was not involved in the research, stated that the vaccine developed at the University of Pennsylvania could be ready for use the following winter.

"I cannot overstate how groundbreaking this paper is," Oxford said on the BBC's Radio 4 Today program. "The potential is enormous, and I believe we sometimes underestimate these large respiratory viruses."

Researchers have been working on universal flu vaccines for more than a decade, but the latest breakthrough, published in Science, is regarded as a significant step toward developing a vaccine that could protect humans from a potentially devastating flu pandemic.

Every year, seasonal flu vaccines that protect against up to four strains of the virus are updated to ensure they are a good match for flu viruses in circulation. The new vaccine is intended to prime the immune system against all 20 influenza A and B subtypes, potentially arming the body to combat any flu virus that emerges.

The last flu pandemic occurred in 2009 when a virus that jumped from pigs to humans spread throughout the world. During the outbreak, The 1918 flu pandemic demonstrated how dangerous new strains could kill tens of millions of people, despite being far less lethal than health officials feared.

Giving people "baseline" immunity against all flu strains could result in far less illness and deaths during the next flu pandemic, according to Dr. Scott Hensley, a researcher on the team in Pennsylvania. Experiments in mice and ferrets revealed that the mRNA flu vaccine induced high levels of antibodies that remained stable for months and were protective against the virus. Click: https://tinyurl.com/healthcarevc

While the animal test results are promising, clinical trials are required to determine whether the vaccine protects humans in the same way without causing negative side effects. The vaccine raises concerns among regulators. around whether or not to approve a vaccine that could protect against viruses with pandemic potential but has not yet emerged.

"This vaccine has only been tested in animals, so it will be critical to investigate its safety and efficacy in humans," said Dr. Andrew Freedman, a reader in infectious diseases at Cardiff University. "It appears to be a very promising approach to developing a universal flu vaccine as well as vaccines that protect against multiple members of other viral families, such as rhino- and coronaviruses."

According to Adolfo Garcia-Sastre, director of the Institute for Global Health and Emerging Pathogens at Mount Sinai Hospital in New York, current influenza vaccines do not protect against pandemic influenza viruses. Click: https://tinyurl.com/healthcarevc

with the potential for a pandemic "If this vaccine works well in humans, it will achieve this."

"These are preclinical studies in experimental models," he added. "They are very promising, and while they suggest a protective capacity against all subtypes of influenza viruses, we won't know for sure until we conduct clinical trials in volunteers." we have a small request. Every day, millions of people turn to the Guardian for open, independent, and high-quality news, and readers in 180 countries around the world now financially support us.

We believe that everyone has the right to information based on science and truth, as well as analysis based on authority and integrity. That is why we chose a different path: to keep our reporting open to keep all readers informed, united, and inspired to take meaningful action.

A truth-seeking global news organization like the Guardian is critical in these perilous times. We have no shareholders or billionaire owners, which means our journalism is free of commercial and political influence – this distinguishes us. Our independence allows us to fearlessly investigate, challenge, and expose those in power at a time when it has never been more important. It only takes a minute to support the Guardian with as little as $1. If you are able, please consider donating a set amount each month. Thank you. Click the link below to make a change.

I'm Alexia Campbell, and I'm passionate about writing engaging content for businesses. I specialize in topics like technology, science, entertainment, fiction, and health.