From portals to other dimensions to mind control tests on human subjects, these top secret government experiments are truly terrifying—if real.

Science fiction writers love a good twisted tale about science gone bad. Even the earliest sci-fi, like Mary Shelly's Frankenstein, started off with a scientist that pushed the envelope too far.

These days, it seems like the thread of government-backed experiments that break the rules of decency is the hot, new thing. Honestly, writers who take inspiration from the rumored experiments our "black budget" military projects involve might be onto something.

We already know for a fact that tests on unwilling human subjects happened during and after World War II at the behest of the United States government. Since then, no one really knows the full depth of what top secret government experiments have done. For all we know, they continued strange testing into the time of the Cold War.

Rumors swirl on every corner of the net, and if you ask us, these are the most terrifying ones of all. Here's hoping none of these alleged experiments ever happened, right? 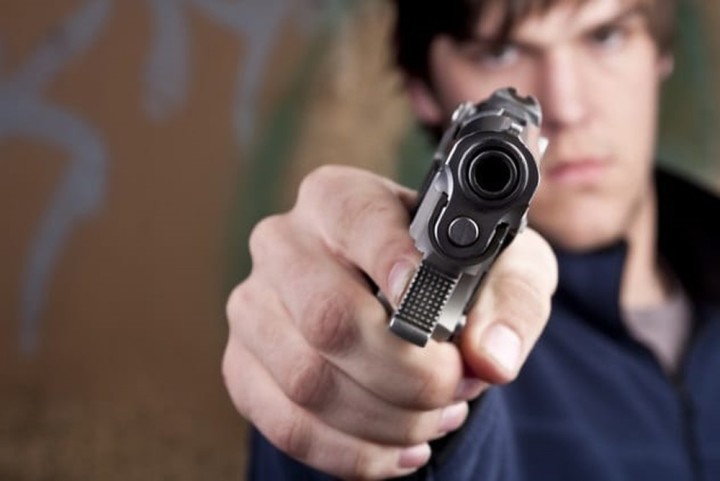 Several whistleblowers have called for an investigation into a shadowy project known only as Project Mannequin. This is a specialty project that is being carried out by both UK and US agencies, with the hopes of producing super soldiers.

These soldiers are either kidnapped kids groomed by governments from a very young age, or children who are being offered up by families of influence for reasons that have not fully come to light yet.

The soldiers are under mind control induced by heavy trauma, have been linked to UFO crash cleanup, and allegedly have the ability to physically hurt people with their minds.

It sounds like a total crock, but some legit evidence suggests that top secret government experiments like this are being carried out. Max Spiers, who blew the whistle on this project, died in very peculiar and suspicious circumstances.

When investigators came to his house, they wiped his computer and SIM card clean. So, what did he see?

You know how certain frequencies have been alleged to make people feel uneasy? If you believe the rumors, Operation Sleeping Beauty was a psychological warfare program that used high power electromagnetic pulses to disorient soldiers until they could no longer fight.

The United States government claims that this project has been over, but many are not so sure. Rumor has it that this project continued under a different name. If it's true, it's the kind of experiment that heavily, heavily relies on human test subjects.

Many of the strange top secret government experiments that happened will never see the light of day, but not Project Stargate. This series of experiments used psychics and remote viewers to "visit" targets in order to obtain knowledge.

This experiment series was particularly popular during the Cold War, and allegedly even had major name psychics like Uri Geller working under its umbrella. Recently declassified CIA files show that they had remote viewers travel to Mars, backward in time, to explain what they saw.

According to the documents, Mars was once inhabited by people not unlike us. A geographic calamity killed off the environment, and people fled. Those who didn't flee died.

It sounds pretty wild, though there have been times when the government either denied or secretly alluded to the existence of other life forms.

The CIA pretty much liked to find the cruelest experiments they could find and outdo them. When they took a look at Chinese brainwashing techniques, they decided to get in on that by creating Project QKHILLTOP.

This series of experiments involved torture, drugs, and sleep deprivation—all in hopes of getting people totally brainwashed for the government's use.

The head of the experiment, Dr. Harold Wolff, knew that testing on human subjects was unethical. Despite all that, he mentioned in a written notice that he expected the government to "make test subjects available." 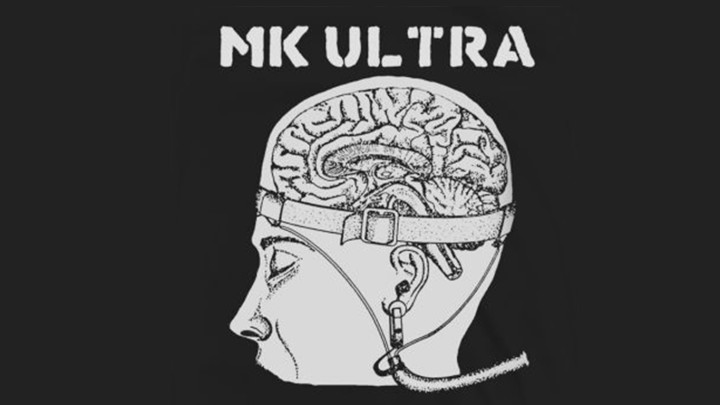 MKUltra is one of the most well-known government experiments, and it's generally considered to be fact. This massive project involved a series of mind control experiments, including involuntarily dosing people with LSD, neurological agents, and hallucinogens.

Multiple victims and survivors of MKUltra have come forth to talk about their experiences. The CIA has yet to comment on the human rights abuse they committed as well as how they expect to repay the test subjects who were exposed to the abuse.

MKUltra was the inspiration for a number of sci-fi movies and TV shows, including The Manchurian Candidate and Stranger Things.

Project MKUltra was known for being the start of many different mind control experiments performed on human test subjects, using human test subjects. The most egregious of all was Operation Midnight Climax, a CIA-run bordello that used real sex workers to get blackmail material on people.

The operation involved having sex workers run the bordello. They would lure men there, dose them with LSD, and record what happened. The men had no idea they were drugged and would often have their lives ruined as a result. 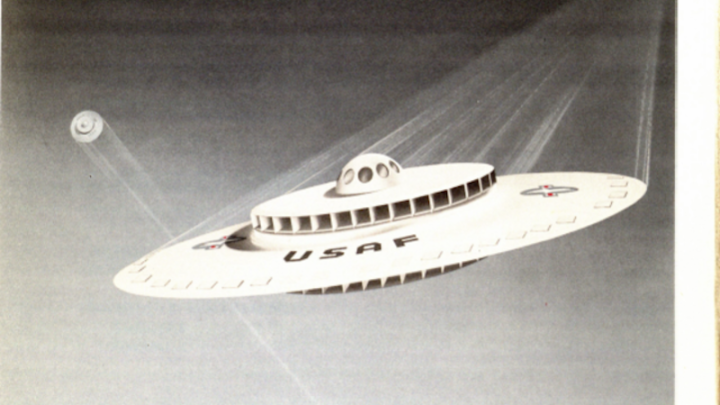 Remember back when people thought that flying saucers were top secret government experiments? It seems like the conspiracy theories may have actually been onto something.

During the 1950s, the US government decided to try their hand at creating disc-shaped aircrafts that could fly at supersonic speeds and turn at a moment's notice. Unfortunately, they quickly found out this was a bad idea.

The aircraft's disc shape was not aerodynamic in the least bit and was very likely to lose control when traveling at high altitudes. The project was scrapped by the 1960s—at least, to public knowledge. There are a number of UFO sightings declassified by the CIA, if you're interested in finding out what they have decided to share with the public.

With all the questions the US government fielded about flying saucers and UFOs, it's not surprising that the black budget sector held a grudge against aliens. Maybe that's why they called one of their stranger studies "Project Grudge?"

This creepy project was all about finding out about UFO sightings, then working to debunk them. Not all the reports could be debunked, which leaves you wondering what is going on up in the skies. Even pretty recently, there were a ton of UFO sightings in 2017 reported. 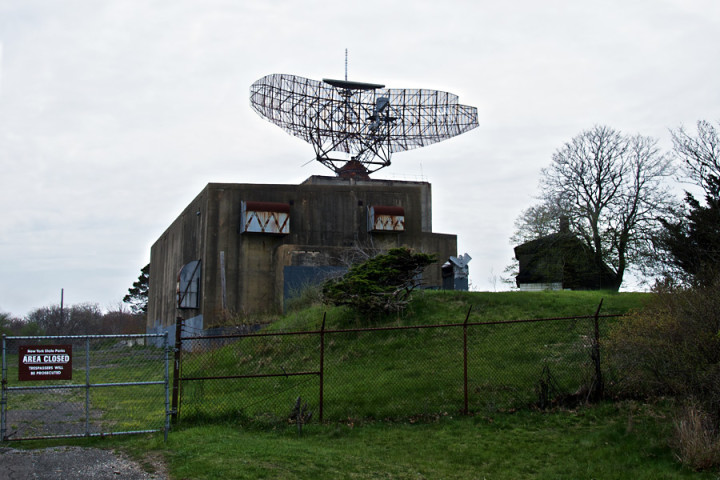 Whispers and rumors about the Montauk Project have been swirling for ages, but unlike other projects on this list, no one really knows what this project is all about. We just know that it allegedly existed and was based on the outer fringes of Montauk, New York.

The experiment in question has been most heavily linked to interdimensional travel, contact with alien life, and time travel. That said, it's not entirely certain what happened with the people involved, they could have been human subjects.

Perhaps one of the most famous experiments that has yet to be confirmed as fact is the Philadelphia Experiment. Rumor has it that this experiment involved an attempt to make a battleship called the USS Eldridge go invisible.

Witnesses who were near the Philadelphia shipyard in the 1940s saw something very strange occur. They claimed to see a large battleship disappear into thin air, and then reappear moments later.

People who claimed to be on the ship said that they weren't rendered invisible, but instead were sent through time and space. The problem with the Philadelphia Experiment was that people who came back weren't in the same state as when they boarded.

Some men were fused to the ship. Others died and were left sprawled out on the floor with an expression of horror. Still more just went mad after what they saw, with one claiming to meet someone who was long dead on the journey.

This experiment is widely considered to be a hoax, but some believers remain. Who knows what Uncle Sam is hiding from us? 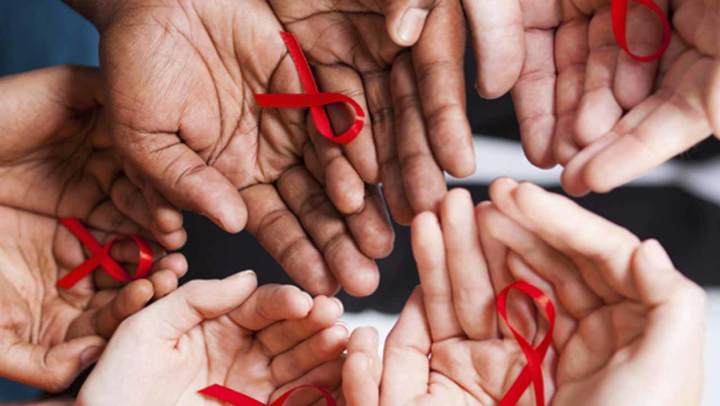 When the HIV epidemic broke out in the 1980s, it became a global crisis. No one knew how it was spread, only that it seemed to target LGBTQ community members and that it would suppress peoples' immune systems until they died horrible deaths.

Today, the amount of knowledge the public has about HIV and its final state, AIDS, is vastly different. We know anyone, regardless of sexual orientation, can get it. We have PReP in order to help prevent the transmission of the disease. People now live long, happy, healthy lives.

As people learned more about the retrovirus known as HIV, people started to hear whispers of whistleblowers that knew where the virus came from. According to some sources, HIV is a government experiment that was meant to wipe out "undesirables."