Top 10 Ecchi Anime With The Most Nudity

by Aamir Kamal about a month ago in tv review 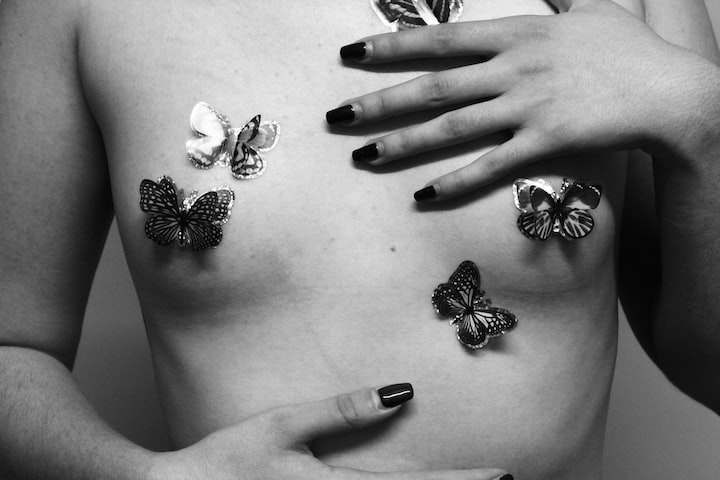 Photo by Bianca Petrisor on Unsplash

What are your top 10 ecchi anime with the most nudity?

What does it take to have an anime show with sex and nudity in it? Most of the time, it takes a very creative mind that can work up an interesting premise for a story. A lot of times, they are more into the fantasy side of things and you may not really see it on the television. However, there is more than enough content out there for people of all ages to find something that they enjoy.

If you are new to Adult Animes or you have never seen any of the great Anime that are available, this is the article for you. This is going to be a brief look at a few of the most popular and best Adult anime movies and anime television shows to watch.

This list is a ranking of the best series with nudity, sex, and lots of kissing scenes which include older series as well as brand new series featuring characters who are not naked that you might not have heard of. Watch adult anime with lots of nudity and get ready to enjoy some fantasy in your life.

Kiss x Sis is the ecchi anime series released in 2010 specially created for adult content lovers. Keita Suminoe is a normal high school student who had two sisters whom he adored because of his childlike innocence. Their surprise was that their families were married and the two women became Keita's sisters. They (Ako Suminoe as well as Riko Suminoe) aren't shy regarding their feelings, especially when they are compared to Keita himself. However, should Keita be allowed to indulge in his feelings for his stepsisters? So, this is a hot favorite and popular series among ecchi anime lovers.

Another ecchi anime series to watch that contains so many hot and sexy female characters, and it's fun to watch this series. Hyakka Ryoran Samurai Girls is a 12- episode anime series that debuted in the year 2010. It is based on the light novel series with an identical title, as you'll be able to see from the title, its primary focus is girls, samurai, and plenty of fanservice. To make a statement, or at the very least, look unique, However, Samurai Girls adopts a slightly different method of background art. It is then able to apply ink blotches and strokes like it's an actual game called Okami.

High School DxD is an Ecchi Anime that debuted in the Winter of 2012. "High School DxD '' is among the most popular ecchi as well as Harem-themed anime. Poor Hyoudou Issei. All he ever desired from life was to have a fling or at the minimum have the ability to lay his feet on a pair of breasts.

The first woman who didn't instantly shiver at his gaze ended up being the one who drove her spear into his chest, causing him to die. For his benefit, the Devil Rias Gremory has been interested in the boy as well as the power that was residing within him and transformed him as the latest member of the Occult club which is a secret club that only accepts those who belong to the Gremory family of demons. Issei is likely to need to adjust to a completely different style of living for the rest of his life.

If you really want to watch an anime that has ecchi and nude content then “Strike the Blood” is the best anime for you. The story of this anime revolves around the character Kojou. Kojou was normal until he was transformed into the fourth progenitor. In the process of acquiring new abilities, some were able to monitor him in case he happens to throw off an entire planet.

A company assigned Kojou an observer to ensure that he is monitored. Given all the troubles surrounding him, Kojou has no choice other than to utilize his powers as a vampire to bring order to the world and Kojou wouldn't want to make his new observer a blood slave while doing so.

Freezing is set in an alternate universe with a futuristic future that is not too far from the present. At this time, however, Earth was invaded by an alien force that is named the Nova. Every day is a fight to survive, as humanity struggles to recover its right to be born from the hands of its oppressors. To fight back, the human race started genetically altering girls to enable them to fight the Nova. They are referred to as Pandoras and are blessed with the ability to produce something called"volt texture" "volt texture". The series also contains some intense and ecchi shots filled with entertainment.

"To Love Ru" is such a fantastic and sexiest series ever that is popular among all the teenagers who love to watch ecchi anime. A manga adaptation was written by Saki Hasemi, and Kentaro Yabuki To Love-Ru is the life of the high-schooler Rito Yuki (Ry McKeand) who is infatuated with her classmates Haruna Sairenji (Bryn Apprill). His plans to reveal his love for Haruna go in the sand after an unidentified girl known as Lala Deviluke (Alexis Tipton) is seen in the middle of a bath. Due to the way she is portrayed with him, Rito accidentally becomes part of the adorable invader.

The ecchi series is its ability to get you enthralled with its absurd and bizarre "situations". Although a majority of Ecchi-related shows focus too much upon "fan service'', Yuragi-sou no Yuuna-san does a great job of balancing the plot as well as the "PLOT", That is to say, they let the story be the primary theme of the show while the ecchi elements become comic relief. Many shows allow the ecchi part to become the main focus, making for an unappealing show. It's a good one. Yuragi-sou no Yuuna-san actually is carefully thought out, deeply felt, and hilarious.

The anime is full of heroes and demons that fight against each other and form clans that have become enemies. Basara Toujo appears as the main character of 'Shinmai Maou No Testament'. Two hot stepsisters are quite difficult. In addition, if you've not had female members in your home, you're likely to have issues. For instance, you might walk into the bathroom while someone else is present. This is the way Basara is introduced to his stepmother.

Do you enjoy good-quality anime PLOTs or do you like zombies? If so, Highschool of the Dead is specifically designed for you. The story follows five High schoolers, a nurse from the school, and a young girl, as they attempt to survive the zombie apocalypse.

In modern-day Japan, everything seemed normal, just like every normal day in school when a rogue zombie struck a faculty member. After the faculty member has been injured and then all hell breaks loose. Every now and then teachers and students get wounded, transformed into zombies, and begin eating the survivors. Takashi and Rei are joined by Rei and Takashi to survive the initial attack of zombies.

All the Anime like High-School DxD are listed in the above article. These anime are really enjoyable and full of entertainment.

2. What are your top 10 ecchi anime with the most nudity?

3. What are the best anime series with nudity?

Highschool of the Dead, Kiss x Sis, To Love Ru, Shinmai Maou no Testament, etc are the best anime series with nudity.

4. Which are the top 5 anime that contains sex and kisses?

5. What are the sexiest anime series?

The anime listed above are the top 10 ecchi anime with the most nudity that you’ll love to watch. These anime provide all kinds of entertainment like thrill, Sci-Fi, emotional, etc. Pick any of them and entertain yourself.

What Are The Dirtiest Webtoons? Best 18+ Webtoons You Need To Check Out

What Is The Best Uncensored Ecchi Anime? Best 18+ Ecchi Anime You Need To Check Out

How To Watch The Seven Deadly Sins In The Right Order?

Receive stories by Aamir Kamal in your feed
Aamir Kamal
Read next: How to Start Selling Feet Pics