by Lana Ridlon 16 days ago in nsfw

Hi, This is Prav, from Bangalore. I am 27 years of age currently working in an MNC in the IT field. 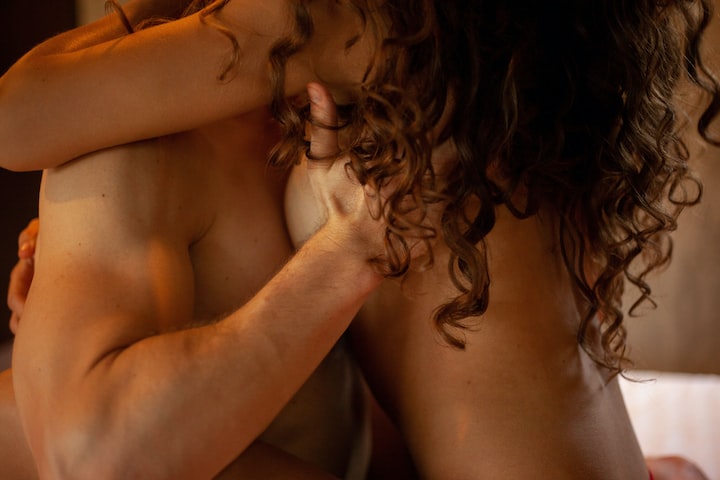 Hi, This is Prav, from Bangalore. I am 27 years of age currently working in an MNC in the IT field. I am good looking very fair guy with a height of around 6 ft, which makes me attractive.

This story happened a year back, which was my previous organization. That was a small private company. There being in IT, we used to sit in an isolated room and not interact much with others.

When I joined the organization, I was introduced to the lady. After the first intro, there was no interaction with her, and things were normal for around 7 months. Then I realized that she has resigned and will be there for the next 2 months only.

So here the main thing starts. I decided to take bold action and started going near her place, smiling, cracking jokes sometimes. During that time, she also responded well to me. One day she got work with me as I was working on her client, so she came to me and did her work and was done.

Then I started messaging her on office chat, and we chatted casually about the work and her clients and all. I told her that she would be leaving office next month so stay in touch with which she shared her number. We started chatting on WhatsApp.

Then, while we talked, I started talking about breasts and all and asked her to show the breast. She hesitated and told me that when we meet, you can see from my top. This was the time when she already left the job.

Then we had planned to visit her house before our office when her husband and daughter are off for office and school. This was the first time we met in a room and privacy, but we used to discuss sex on chats.

She was in a T-shirt and pajamas, and I was in formals. She was wearing a good perfume. Her house was full of aroma. We started having a basic conversation, and songs were played as I went there. I asked about the conversation about breast and asked to show how she was teasing me and enjoying.

I stood and asked her to dance with me, to which she was ready immediately, and we hold each other hands and started moving. We became very close while dancing, and I started moving my hands on her ass, back, neck. I planted a kiss on her forehead.

She enjoyed that and hugged me tightly and pressed her boobs on my chest. I then turned her around and started licking her neck. She rubbed my already hard on 7 inch tool on her ass, to which she was responding well. She turned and planted a kiss on my lips.

It turned out to be good 5 minutes smooch where we exchanged saliva. We then broke the kiss, and I removed her t-shirt. She was blushing and turned around, which helped to unhook her bra. As I unhooked it, her melons got free and bounced out of the bra.

It made me harder, and I started sucking and eating, which allowed her to moan and enjoy. Even she removed my shirt and started licking my body. As there was less time that day, we had to stop and go to the office.

Then we had a more intense sex chat where I shared my penis image. It made her more excited for me. Two weeks later, we again planned to meet up at her house.

To my shock, when I went there, she was in sexy lingerie, which was black in color. It was satin lingerie, which showed her cleavage and covers until thighs. I was stunned, looking at her dam sexy figure and such a bold look.

During our sex chat, she mentioned her favorite chocolate flavor condoms. I got them as I knew she likes the aroma. As I entered, the room was full of fragrance and her beautiful body. I just hugged her and started eating her back and licking her neck, which she was already prepared for. We started smooching.

This was all standing in her living room. We did a lot of smooch, love bites near her breast, hugged, exchanged saliva, tongue. Then we moved towards her room, where we were still in smooch position standing.

She then removed my shirt and started licking my upper body while going on to her knees. As she went down, she opened the belt and removed my pant and underwear. She was shocked to see my thick penis. She said to me, “My both husbands did not have such a great dick.”

She started sucking, licking, and licking my balls. She was a pro, I must say. She was continuously eating that for around 15-20 minutes.

I was about to come, so I held her up and started smooching rigorously while removing her lingerie. I was removing my other hand, rubbing her pussy, which was clean shaved. I then removed her lingerie. She wasn’t wearing a bra and panty. Her pussy was clean, shaved, and pink with long pussy lips.

She told me that none of her husbands sucked and licked pussy like this, and she never had an orgasm like this. Now she was hungry for the penis and me too, as it was too hard for my penis. I removed the condom and started wearing it. She smelled the chocolate flavors, which drove her crazy

As she bent down in dog style, I just couldn’t control and spanked her ass like mad. She enjoyed and was shouting and moaning. She was in pain, and her ass cheek became red. In that position, I just took the dick and pushed inside her pussy.

She couldn’t control and hold herself back, which inserted my full penis in a go. We both enjoyed the movement. I started jerking her with my powerful strokes to which she was shouting and enjoying like anything.

After 5 minutes, we changed our position. She made me lie on her bed and came on me in a cowgirl position. She was riding the cock like a pro. While riding, we both were moaning. In between, we smooched. I pressed her breasts and sucked it.

For around 15 minutes, it was there. Then she came and got tired. She then lay on the bed, and I started stroking her in a missionary position. As I was not yet done, I started stroking wildly. She was moaning and enjoying as she was scratching my back and ass.

I started the shower to clean, and she was there with me naked. Again my cock was erected. She also liked it again and held my cock started playing with. In the shower, we again did a lot of foreplay, oral sex, and intercourse in a standing dog position.

After around 30 minutes of the session, I finally came while she was sucking it. I released in her pussy, and she took all the load in her pussy with her sexy moans. This was one of the best sessions I had with a married woman. I had with other women too, but this was special.

She also told me it was the best session of her life and she couldn’t forget me. After that, we had a session every month until the lockdown. She was very happy with me and my penis.

Watch my profile for more!!