by Mae McCreery 2 years ago in relationships
Report Story

You can have a good relationship and bad sex, and vice versa, but that doesn't mean you should stay just for the sex. 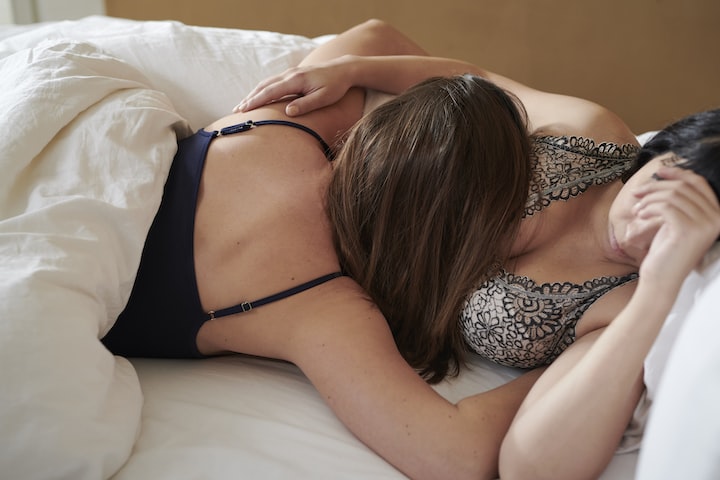 Dear 2020, you have ruined my sex life and I had PLANS for this year to improve it. I hate you. Sincerely, a lot of people this year.

I may not be that experienced in the sexual field but believe me when I say that I've never left a man unsatisfied. I have been left unsatisfied many times, but no man has ever left my bed with a complaint.

This year, I have been seeing a guy who has rocked my damn world in that department. I have FINALLY found someone to give me orgasms on the regular and then 2020 pulls out all the stops? Not the year, man.

Now, when I say I'm not that experienced, I mean I have physically been with like 4 guys. I've dated about 10 guys over the course of my life and I spent at least a year with those 4 that I did sleep with.

The first guy was the one I lost my virginity to, and to be honest he wasn't even in the top five of the list of people I wanted to lose it to. I was just so anxious to get it over with and move on, I just agreed to have sex with him. Now I wish I had stuck it out and at least waited to see if I got the opportunity to meet Robert Pattinson and have him be the first time. I was young and very into Twilight, okay? Don't judge me. All in all, we had sex a couple times and I ended it. He just wasn't exciting and I wasn't looking for a long term commitment anyway so we broke up. He was also a selfish cheating pig who ruined my high school graduation party.

The second guy was someone I met in College, he was sweet and kind and very smart. I met him in my film class and we just happened to have a screen writing class together. We didn't officially date but we didn't see other people and hung out all the time. We were in the library one day, it was so late, had to be close to midnight and we started making out and the next thing I knew he had me up against the bookcase in the way back. It was sexy, I will say that. He was so tall and handsome and strong. I think that was the peak of my relationships. We got together a couple more times after that but it just wasn't the same. No spark anymore now that we had sex. So, we said we'd stay friends but after he got married to another girl about a year later, I think she didn't like me even though we had only met once and thought we had a nice interaction. He cut me off and totally ghosted me.

The third guy, I was with for five years. The sex was okay, and it didn't start off as a relationship that I thought would get serious but we did. I thought I was going to marry him. We always talked about moving in together and getting married and having kids but then on our third year together he just switched gears on me. He suddenly didn't want kids, he wanted to get married but not tell anyone, and he wanted me to move in with him but he was still living with his parents at the time. I liked his parents, I'm still friends with his parents, but I could not live with them. The last two years of our relationship just went sideways, I was trying to fix everything and he'd just come in and wreck it all up again then get mad for things being messy between us. SO , I ended it because he was a selfish prick who couldn't decide anything on his own.

With this new guy I'm seeing, we talk about getting married but I don't know if that's a possibility anymore. This year has felt like 5 years in relationship time and we have not been doing well. Even though the sex in PHENOMENAL, its not enough to make me stay long term.

I've dated guys and girls that have not been good for me. I've put up with a lot because I thought I could handle it.

Do I regret any of those relationships/dates? No, not really. I am the badass, sparkling, gorgeous creature I am today because I've learned from those mistakes. I've grown and adapted as a human being, and that what we're supposed to do. Would I date any of those people again? Oh hell to the naw, we done with that. Bye Felicia.

Maybe I'll be happy with this new guy, maybe we'll be broken up by the end of the year.

Either way, I'll still be me. Maybe a little broken and probably a little drunk; but when I'm broken by one event or another, I think back to the time I spent at Westminster Abby in London.

There are several stained glass windows that were shattered beyond repair during World War 2, and sometimes the blasts didn't destroy the whole widow, just a corner. They didn't just recreate the portion that was destroyed to look just like it did before, they made a new scene to honor those who died during the war. The past mixed with the present and promising to restore the future. If I'm a little broken, I just fix myself with a new scene for the stained glass window that is my life.

Relationships don't make us who we are, they are extensions of ourselves, of the people that we surround ourselves with. Whether your spouse dies or leaves, you are still you and there is nothing wrong with you. You just need a little gold to fix the piece that's broken.

More stories from Mae McCreery and writers in Filthy and other communities.