Is It Normal To Have Trouble Orgasming When You're Very Attracted To Your Partner?

by Leigh Norén 11 months ago in sexual wellness

The other parts of the puzzle 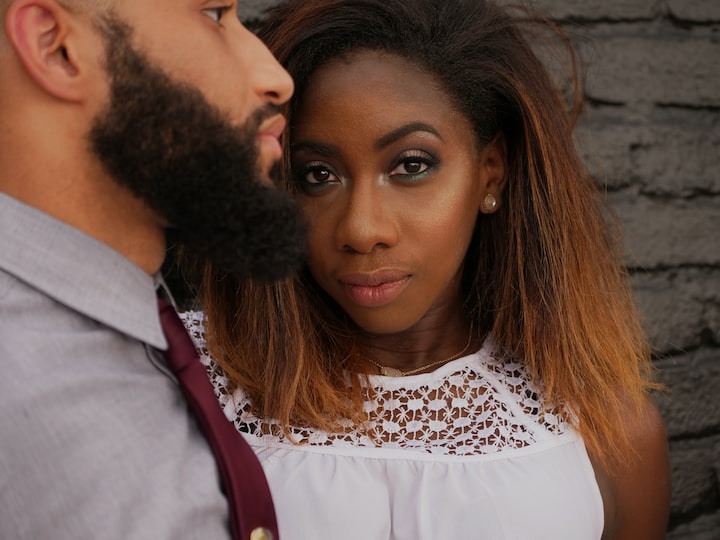 Photo by JD Mason on Unsplash

Your partner can make you go weak in the knees - so why are you having trouble orgasming?

Rest assured you're not alone and the reasons for your absent climax might not have to do with attraction at all.

Even if it is an important part of the puzzle - attraction is really only one piece of it. In order to climax during sex with your partner there are three other major parts that usually need to be in place

1. You Need To Be Turned On

Sounds simple - and perhaps you think you can cross this one off your list already? But give it a minute.

Though similar and hard to disentangle, attraction and sexual desire aren't actually one and the same thing.

Attraction can be both sexual and non-sexual in nature, whereas sexual desire is, per definition, sexual.

Attraction can, however, spur desire and desire often partly comes from a place of attraction. But - attraction isn't always enough to turn us on and feeling a pull towards your partner isn't the same as your sex drive igniting.

Your partner might be beautiful, funny and smart, but for orgasms to happen, you need to feel sexual desire. So check in with yourself to make sure you're not mistaking attraction for also feeling like you want to have sex.

2. You Need To Give It Time

Easier said than done - it's important not to rush your orgasm if you want to have one.

Because it doesn't matter how sexy you think your partner is or how attracted you are to them if you're simultaneously having stressful thoughts.

It's easy to get caught up in thinking things like: "I need to come now" or "it's taking too long."

Along with it goes your sexual arousal, too. This might mean you stop lubricating or your erection goes down. When this happens, sex can become uncomfortable or turn into a source of shame.

Being stressed because you're having trouble orgasming isn't something you've chosen. However, with a little practise, you can choose to not pay attention to the stress-inducing thoughts.

By acknowledging that the thoughts are there and returning your attention to what's going on in the moment (sex with your attractive partner!) you can forget about them and get closer to orgasming.

Try and remember, your body isn't a soldier that obeys commands - it won't climax just because you tell it too (frustrating, I know!).

3. You Need To Use The Right Stimulation

Movies and pornography would have you believe that there's only one type of stimulation, and one alone, that offers up explosive climaxes: vaginal penetration.

This is wrong. In fact, difficulty having an orgasm with a partner often has its roots in this very myth.

No matter what your sexual orientation is - for women and people with vulvas/vaginas, it's actually external stimulation of the clitoris that's usually responsible for orgasms.

This means penetration, whether vaginal or otherwise, probably won't do it for you.

And it won't matter if you're incredibly turned on by your partner in the moment, if the right part - your clitoris - isn't receiving the attention needed. You just won't get there.

If you can bring yourself to climax on your own, you might want to try using the same technique with your partner.

Trouble Orgasming Doesn't Mean There's Something Wrong With You

Our culture places a large emphasis on orgasms. They're seen as the finale of sex, and as the ultimate proof that pleasure has taken place.

Orgasms are like a symbol of good sex and a good relationship.

And even if orgasms can be amazing, they're not an inevitable result of a great connection - sexual or otherwise.

If you find your partner attractive, but still find it difficult to orgasm, try working on:

Once you have these things down to a T - trouble orgasming might be a thing of the past.

Leigh Norén is a sex therapist with a Master of Science in Sexology. She helps people reduce stress, shame, & anxiety surrounding sex-so they can get their sex drive back and enjoy their partner again. If you want to grow more vulnerable with your partner and increase intimacy, download her free resource: Intimate Q&A.

Receive stories by Leigh Norén in your feed
Leigh Norén
Read next: Jenny's Confession: He Came on Me as We Masturbated Together