A Discovery of Cynthia 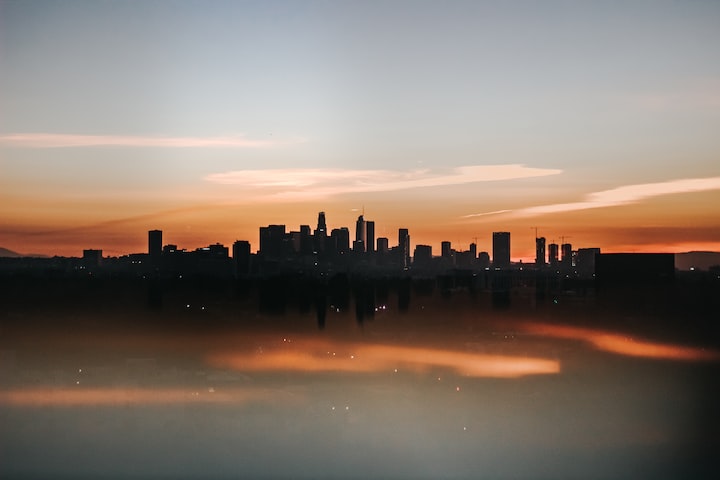 Photo by Devin Avery on Unsplash

Cynthia At The Stroke Of Seven

The light poured in from the night downtown skyline through the full window wall of my bedroom making Cynthia’s emerald eyes sparkle. Both her black smokey eye treatment and her fiery tousled red hair was fussed and mussed from our lovemaking. But there was enough light in the room for a visual verification of my one word assessment of this moment. Hot. Almost as hot as her body that pulsated around me as I spurted again and again into her very core. I collapsed in her embrace as her black painted fingernails dug into my back. I savored her fiery final flourish, finish, and moan.

Then it was morning and Cynthia was stroking me gently to salute the sun of a new day. Having a woman that initiated, talked constantly of, and performed magnificent sexual maneuvers was quite a change from the sexless marriage that had ended a few years before.

This morning I enjoyed the sensation of Cynthia’s firm white breasts pressed against my back. I could picture in my mind the pale nipples that matched the color of her breasts and aureoles. They practically glowed in any light. Then I glanced down to enjoy the sight of her fingers wrapping delicately around my cock and the contrast of her black nail polish as she slowly stroked all of me awake.

My mind drifted back to how Cynthia and I first met and with that I was fully erect. Cynthia felt my excitement, kissed me, and arose. I watched her pale slender buttocks cross the sunlit room. Her skin was immaculate.

7am to 8am Saturday Cynthia

My surprise was as great as his because I had no idea Toni was interested trying one, let alone had one. It had only been a month before that she announced she wanted a divorce. Toni was full of surprises after fourteen years of marriage. My son learned his lesson too. Don’t go through your parents stuff uninvited.

Cynthia on the other hand was proud of her collection, so now on this lovely Saturday morning I picked the average sized red colored digi dick with that extra protrusion for doubling down on the clit. My plan. Apply it judiciously on Cynthia in the kitchen while tea was being made.

I led with my hard cock and let it slide across her perfect buttock as I took my place at her side and watched the preparations. I liked that she had remained naked as had I. We were quite the daredevils considering boiling water was in play. But Cynthia had me boiling endlessly these days. The dildo had warmed in my hands so as not to be startling cold as I ran it down her spine slowly from the base of her neck where her shocking red hair ended and white expanse of her back began. Her shoulder blades alternately protruded as she worked her magic on our morning repast. But Cynthia notably widened her stance and slightly raised her ass to allow access to the teasing instruments I had presented her with on this early passion parry. Flesh or faux dick was the only mystery I had left to unveil to my invigorating Cynthia.

Meanwhile the trick dick was getting quite slippery by now and after making sure the clit nubby thingy was lubed as well as the shaft I flipped that nub upright and began ever so gently insert said nub into Cynthia’s rose bud anus with a twist for emphasis. Just a little flick and a pook of which she quickly took notice. Cynthia rose up on her toes and arched her back in a pose that pleaded to have the dildo inserted, but as our Saturday games go I had to walk away. For the time being. I left her at the counter breathing hard and said over my shoulder as I went to the sofa, “Is that tea ready yet my sweet?”

I was really thinking of being balls deep in Cynthia’s ass later that day. Good things come to those that delay.

I was just out killing time on an early summer Saturday evening. Watching a few games on the tube in the local pubs, and just generally enjoying the freedoms of no longer being one of the landed gentry. Tied down to endless weekends of yard work, home repair, and honey do lists. Divorce can in someways be quite a liberating prospect. That state of affairs also came to me unbidden and unexpected, but much less pleasurable than the situation I found myself in on this particular Saturday evening. I ended up in a local establishment that I frequented back in my twenties and thirties, and much to my surprise was still owned by the same woman. Now you could say that a man of my years has no business in such a place, especially on a Saturday night were loud music was being played by some local up and comers. But having been a veteran of some garage bands in my day, I felt compelled to pay the cover for a listen.

I was happily chatting with owner and some of the patrons. Getting the bring out your dead list from the proprietor of people we knew that used to hang out there and now no longer hang out anywhere. I was having a nice conversation with a woman, of more respectable years, about kids, sharing photo's of same, and generally talking personal histories. After an hour or so she was off with the friends she was meeting and we said our goodbyes . No sooner does this lady leave my side than this young lady rushes up to me, pinches my cheek, and demands a kiss. “Look at that smile” she exclaimed.

She was a slender attractive girl next door sort. Not floozied up for a Saturday night stalk. After all this was just your local tavern, not the downtown club scene. Shoulder length light brown hair, with brown eyes. Tight blue jeans can do much for the female frame, and her youth made them fit just right. Now being unaccustomed to such directness and comforted with the fact that she had to be at least twenty one to be in there, I happily obliged. Now she did not seem excessively drunk, which would have been my first rationale for such forward behavior, or the effects of the new designer drugs upon the youth of today being unfamiliar to me, so we began chatting. But with very close physical proximity. I am not immune to the fragrance and friction of body to body contact. One might say she was on me like a cheap suit. Many have told me that I look quite a few years younger than I actually am, but I figured with a little time and closer inspection she would realize she had latched onto a geezer.

You may ask at this juncture, just what do a man and woman have in common with such divergent chronology. Well other than the usual mundane small talk that accompanies such initial encounters, the big three hundred pound gorilla in the room is always sex. Why this woman chose me that evening I will never know. I could spend pages speculating on the whys and wherefores of her motivations and they would be just that. Speculation. To tell you the truth, with the opportunity to enjoy the pleasure of a twenty some thing's youthful body, I don't care. It was clear and simple. That night I had something she wanted, and she had something I hadn't had in a long long time.

She also had a pierced tongue.

I admired said piercing as it would flash periodically in the dim light. The shining silver ball in the middle of her tongue was sending all sorts of sensual speculations through my lizard brain. Piercings were outside my middle aged, fourteen years of marriage experience. I may be a lot of things, but I was a faithful husband. The ladies my age I have met post marriage have not been of the pierced frame of mind or body either. It was a different age.

That night I went on to discovered other parts of Sindy that were pierced, tattooed and adorned with hardware. While I can not speak to the sensations they offered her, I become hard at the mere recollection of that silver bead on Sindy’s tongue.

See all posts by Pete Symes →