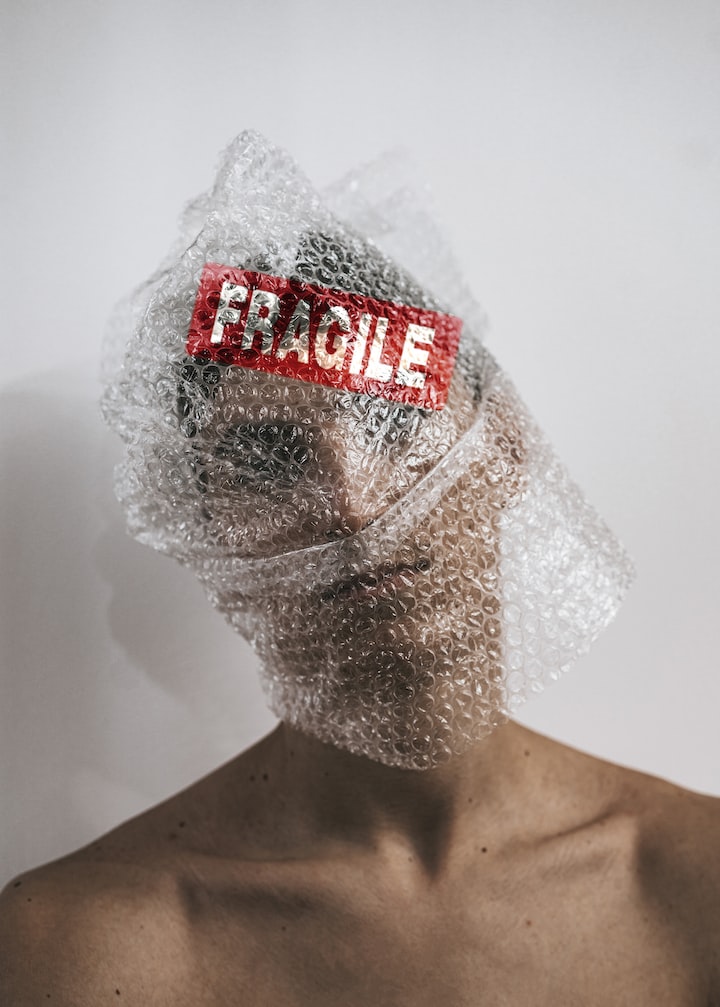 Photo by Teslariu Mihai on Unsplash

Kane is standing is standing there with his hands covered in blood, he tried to keep the blood from pouring out but it was no good, she was dead.

Luke had his muddied hands on his head, he heaved but nothing came out. He bent down and moved his hands lower to cover his eyes a sound of sobbing came Kane’s way and he couldn’t help but comment.

‘Too late for fucking water works now mate, should have thought about the emotions more before you decided stab your girlfriend with the pitchfork’ Kane spouted.

‘I did think about my emotions – my emotion of anger – and I didn’t stab her, she fell… fuck!’

Luke was standing now, I think screaming? Could have been crying but mainly it was noise he was making. He was pacing up and down the barn that his uncle owns and was there little get away together in secret and today she had asked him there to talk, not to fuck.

Their relationship started fasted and evidently ended fast too. They met in college and Luke had always found her attractive but unattainable. She was the smart one who used to always pick a spot near the front of the class, always with at least one of her equally attractive and smart friends seeming to take the same classes as her. She was his Hera. Well, in this moment he was the Hera and she was the Zeus apparently, fornicating with more than just him.

He managed to take 2 of the same classes as she did and he loved it. He loved those subjects as he could sit and stare with no interest in anything but. She used to brush past him when in the canteen, he used to try and force eye contact but she always seemed to elsewhere behind the eyes, vacant yet visible.

She was the first to say something to him, he didn’t have the balls.

It wasn’t the most elaborate introduction to each other but the first memory all the same.

‘Oh, hey Wendy. No worries at all, I think really it was my fault actually’ he stuttered and she stepped anyway from her and the adjacent ice cream machine.

Not that he was stalking her but he persuaded his parents to take him to the same Pizza Hut that she had overhead her saying she was going to. She really did look golden, in or out of college. Always wearing something beautiful, always having his long blonde hair swinging around here, creating an aura.

He looks down now to see that same hair soiled with shit and blood and hay, creating a small yet clear crown of chaffs.

‘Oh?’ he said, in between his smooches ‘talk?’ *kiss* ‘now?’ *kiss* ‘how about a scream?’ and with a wink he lowered himself down, attempting to unbutton her trousers and was fiddling with the zip.

‘Luke no, I need to talk to you’ she shot at him, pulling him away from her and up so there were face to face.

‘Luke, I… I think you better take a seat’

He laughed. ‘Babe, we’re in a barn… there are no seats… what’s this about?’

You could tell his mojo and his ego had taken a hit, he didn’t know what to do himself. Wendy looked like she was about to cry and she stood there, head down, not saying anything and so he went to console but he pushed her away. He found some hay to sit on.

‘Babe, what’s wrong? Are you okay? Is it your dad? I told him he shouldn’t gutted the garage by himself and that I was there to hel-‘

‘Shut up Luke’ she shouted at him. Her eyes visibly wet and sore. ‘It’s nothing to do with daddy, it’s us.

‘I don’t… what do you mean?’ was all he could do, his mind felt like she had shot it to space.

Wendy looked up, blinked away her tears and finally said ‘I have… erm… I have been sleeping with someone else Luke, I’m sorry! I can’t do this anymore… I’m leaving you’.

She couldn’t even look at him but all he could do was stare out at her, taking in only her, the back of her golden blonde hair.

‘Wha… what are you saying? You’re leaving me?! What the FUCK Wendy. Who is he!? How long has this been going on’

Luke stood up, couldn’t contain himself at all. He was pacing , stomping, screaming fuck over and over.

‘Well?’ he screamed ‘are you going to answer me or what? What the actual fuck Wends’

‘oh don’t give me that bullshit, of course it’s fucking your fault. I love you Wendy. Always have and always will. I fucking adore you and you cheat on me!?’

‘It wasn’t supposed to happen, I was drunk and so was he – we promised it would never happen again but-‘

‘but what? You couldn’t get enough? You HAD to go back for more? Are you kidding, really? FUCK’ she shouted and kick the post closest to him.

‘He wanted to tell you himself but I insisted I wanted to you tell you’ Wendy softly said, she seemed to have stopped crying.

‘erm, he is one of your closest friend Luke. I’m so so sorry’ and with that the sobbing started.

Luke slowly turned around, she could she fire in his eyes, his eyebrows had suddenly got sharp and pointed and was burrowing down into his eyes.

‘Are you fucking serious’ he was moving closer to her now and she was stepping backwards.

‘You cunt’ he managed to force out of his mouth through his heavy breathing. Luke lunged forward, he didn’t realise what he was doing. All of the information was too much, he didn’t want to hurt her but he was imaging this other guy was who was pummelling towards, he didn’t even stop to think of who it could be.

Both engrossed in the conversation – if you could call it that – neither of them took in their surroundings, as Luke launched towards her, she stumbled backwards over a hay bail but he was still coming after her when she looked up, she couldn’t move fast enough and she bumbled into her sending her flying, the pitch fork seemed to have come from nowhere, she hadn’t noticed it when they were entering the barn but she saw it when it was right if front of her face whilst he life flashed before her eyes.

She was trying to gulp, swallowing and failing. The pitchfork was aimlessly laying there before and now it was lodged in her throat, cutting straight through her windpipe. Her eyes bulging, her hands searching. All Luke could do was stare, what had happened?

‘NOOOOOO’ was all Luke could get out. Suddenly he heard a noise from the door and his best friend Kane was running over, straight to where Wendy was laying, applying pressure to the wound in her neck after he pulled of the impaling weapon.

‘Fuck Luke, what did you do!?’ he shouted

‘Too late for fucking water works now mate, should have thought about the emotions more before you decided stab your girlfriend with the pitchfork’ Kane spouted.

‘I did think about my emotions – my emotion of anger – and I didn’t stab her, she fell… fuck!’

Luke felt a sudden wave of reality. He turned.

‘Kane, what the fuck are you doing here? How do you know about this place?’

They lock eyes, Luke knowing full well why and how.

More stories from Matthew Grantham and writers in Fiction and other communities.