Yue and crew travel to the another Ryn holding on the edge of the Hrothrian Wastes. 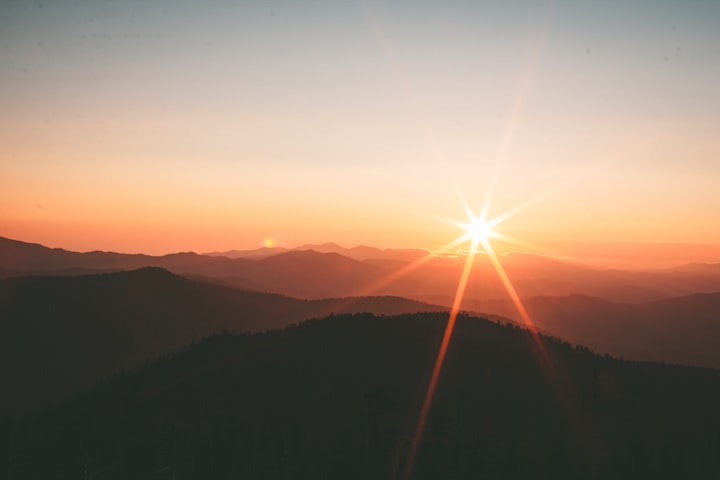 Photo by Ivana Cajina on Unsplash

Gobo, the pale star and bringer of dawn’s earliest rays, rose from the sandy seas of the Hrothrian Wastes. It warmed the air and woke the ikibo stabled a short walk from the Ellatoya’s Chantry. The massive birds had little time to warm their scaled chests before the sound of approaching footsteps set them on high alert; an unlikely collection of riders strode to the tall post fences that kept the flightless raptors from simply hopping over and disappearing in the brush (or worse yet, wreaking havoc in the city below!). Kimikimi broke through the horizon next, casting its faint reddish glow on the grasslands; there would be no riding today until the ikibo had eaten their fair share of meal worms and grain, which the kind, if not a little senile, stable hand left in plentiful amounts along the grassy knoll’s fence. The birds chirped a jovial tune, a signal to their riders that today would be a good day.

Yue had never seen ikibo devour so much feed in a single meal, and there was little doubt in her that Hochi, her personal mount, would be fat enough to cook by the time she left this place. If only the meat didn’t taste like rotted lizard. Hochi’s sea-blue feathers shimmered in the morning sun, the immaculate yellow and orange chest scales (unique to Batani war-birds) filled the young chanter with pride. A gift from her birth mother, Hochi had been with Yue for almost three years now, he was one of the sole reminders she had of home. The others approached their own mounts, saddling them with an air of expertise that Yue hoped she’d projected too. Kudje’s ikibo flared its spinal fan as she adjusted in the saddle. The bird’s crest revealed a brilliant, ruby speckled sunset, warm hues blending to create an illusory horizon, and it pranced, hopping with anticipation. Without warning Kudje smacked the beast’s side; the ikibo yipped and dashed towards the gate that Etokocho barely managed to open before the bird zipped past. Orirosa gave a hearty laugh as she spurred her own mount to chase after Kudje; Yue hesitated, unwilling to let the Tian at her back, regardless of the trust Orirosa’s expressed in the salamander. A minute later he was ready and exiting the stables, Yue followed.

The group rode hard for several hours, passing pristine stretches of grasslands. They travelled North, following a path ran parallel to the edge of the Drake’s demesne, an unforgiving desert terrain. On the crest of a particularly steep hill, Yue thought she could see the red sands of the Wastes, and both rider and beast certainly felt the stifling heat of the still, dry air. The four rode this path until well past noon, only stopping once to water the ikibo, who’d grown restless in the heat.

At some point in the afternoon, the trail diverged from the desert’s edge, and the riders once again found themselves back in the rolling plains of the savannah. Yue was completely out of her element, uncomfortable with the realization that without her companions she would have been lost, She rode on, in a haze of uncertainty. For the young Onjisae, this moment should have been one of elation – she’d been granted the full investigative power of the Batani, first to yield this at such an early age, at a mere 51 she was a full two decades younger than the next youngest member of the War Council. Yet, next to this heretical duo and the salamander, she felt, with mixed horror and depression, the weight of her inexperience.

It is true that Orirosa had managed to somehow broker peace with the Drakish savages, a feat both impressive and diabolical – a smack in the face to the conservative doctrines of Yue’s bloodkin. How could a heretic whose Chant was shared with the foreigners, whose temple was built by scaled hands, how could this lowly, nobody matriarch make Yue feel so close to dirt? And Orirosa’s easygoing grace, her absolute deference to her people, and the love and respect they returned – is it possible that Orirosa had found a better way? And if she had, what did that mean for Yue, a tempest of fury and battle, trained from youth to be the fiercest defender of the Ryn way of life?

None of the other riders spoke, but a palpable sense of dread rung like a clarion bell between them. The ikibo slowed their pace, stamping at the scent given off by distant plumes of smoke visible in the distance. Orirosa turned to the rest of the group.

“That’s coming from Gori Temmin. All of you, be on guard.”

Want more words from this guy? Check out the first installment of the Sci-Fi serial, "Cheno's Crash Landing" here!

If you enjoyed this piece, please take a moment to heart, comment, and/or subscribe. Either way, thanks for reading! :)

Nice to meet ya, you can call me Ishi (she/they)! Just a simple person trying to make their way through the galaxy. Hoping to return to the root while whippin up weird fiction, so-so scifi and downright bad poetry. Thanks for reading!

More stories from J. A. Ishibaka and writers in Fiction and other communities.