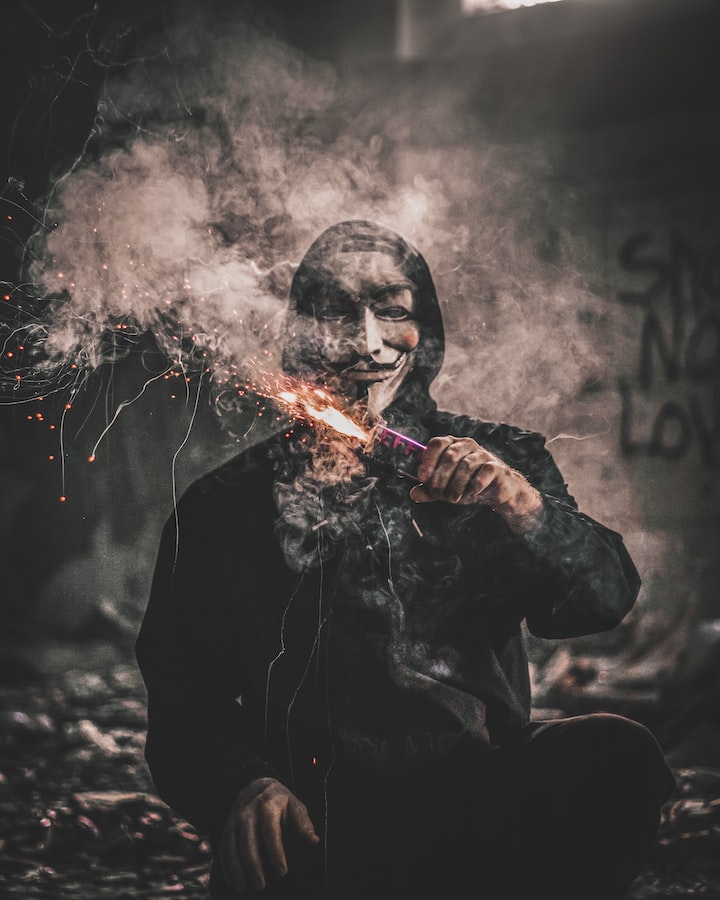 My grandfather said he talked to them once, but I didn't believe him. He was quite the storyteller. He said he was a descendant of the great American Indian war chief, Geronimo. He also said he was Elvis Presley's cousin. I laughed off his stories, but they entertained me.

I stayed with my grandparents off and on when I was young. My grandfather loved to watch Sammy Terry. That character scared the crap out of me. Still, I watched his show every Saturday night with my grandfather because I loved hanging out with him and hearing his stories.

One night Sammy Terry was talking about UFOs and aliens. Grandpa looked over at me and said he had something to tell me and a gift for me. He made me promise I wouldn't tell anyone because he said people would think I was crazy, and my parents wouldn't let me hang out with him anymore. I said, "I promise," and meant it. I haven't breathed a word about it until now. And even though I know people will think I'm crazy to believe an old man's tales, I'm sharing the story because it may help save millions of lives. Even if it saves one life, it is worth the risk.

Grandpa said he was watching TV late one night when he heard a loud noise in the distance, like a freight train tearing through trees. Then the dogs started going crazy, barking, howling, scratching at the door to go out. My grandpa had a houseful of dogs. The dog he called 'Boots' terrified me because he would always try to bite me if I got anywhere near grandpa. I could never give grandpa a hug when Boots was around.

Grandpa said Boots started growling and showing his teeth. So, he put Boots on a leash and went outside to see what was going on. He thought maybe it was a car crash or something serious since there was no storm, not even rain. It was a warm summer night—the moon lit up the sky.

Grandpa said he saw smoke coming from the woods behind his house. He walked about a quarter of a mile when he saw a huge crater and the source of the smoke. At first, grandpa thought a plane had crashed. But it didn't look like any plane he had ever seen. It was round like a saucer and covered in tinted windows. Boots, who had been quiet as they walked through the woods, started barking and growling again. Then the strangest thing happened. The smoke started coming towards them.

He yanked on Boot's leash and started running back towards the house when he was suddenly surrounded by strange-looking creatures. He said they looked like a mix between a praying mantis and a bald eagle. They told him that they are shapeshifters and can come to Earth in any form but often come in the form we imagine. I guess grandpa pictured aliens as insects and birds. I imagine them as zombies. How do you see them?

Grandpa said the aliens talked to him just like he was talking to me. They told him they were on a scouting mission to obtain PU94 and miscalculated their landing, which caused them to crash. They put up an aura ring which made them undetectable. They surmised that the aura ring did not cover grandpa's house due to the close proximity, which is why he heard the crash and saw the smoke.

The aliens told grandpa they could wipe his memory, but they weren't going to because no one would believe him anyway. They said as long as humans took care of Earth, they would keep their distance. If we continued to destroy their precious resources, they would be back to take over Earth for planetary protection.

They said they will destroy humans if necessary, and the humans will think they are killing each other. The aliens said they will come in the form of smoke and infiltrate human bodies. They will immobilize our senses and get us to do their bidding. They said they will continue to whisper to receptive minds to protect the Earth so they don't have to destroy us.

Grandpa said the aliens told him they will have no choice but to destroy humans if the polar ice caps melt because it will impact Earth's rotation and make it where they cannot return to obtain the resources they need for interplanetary life. They told him the first sign that they are here to carry out this mission will be a worldwide plague.

Grandpa opened his hand, which contained a heart-shaped locket. It had a blue-green rock inside it that looked the same as the jewelry grandpa wore. He said it was turquoise and would make me invisible to the aliens. "You have to wear or carry the locket with you for protection," he said. I asked him if that is why he wears so much turquoise jewelry. "Yes, turquoise is the precious stone of my people," he said.

I didn't believe him, but I loved that he gave me a gift the same as he wore and told me a Sammy Terry-type story to go with it.

Grandpa is long gone to be with the great war chief in the sky. I put the locket up years ago for safekeeping. But since the pandemic, I think it's time to get it out and put it on!

More stories from Kathy Chaffin Gerstorff and writers in Fiction and other communities.