by Charles Turner 3 months ago in Love

The oldest daughter wasTheresa. And she liked me. 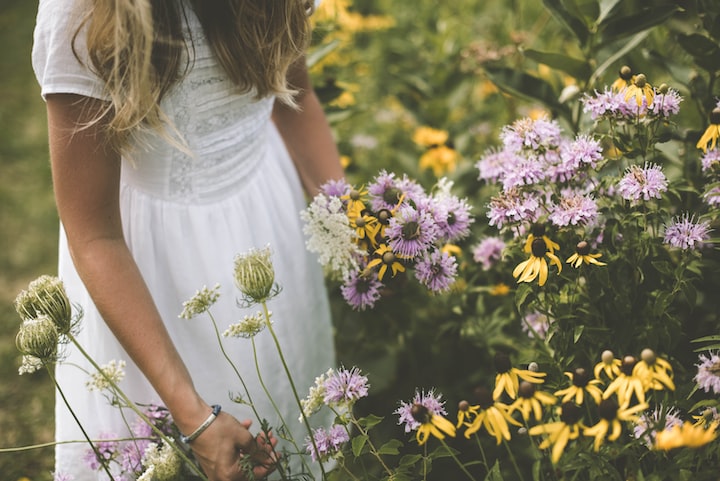 Sometime in 1955, late , I suppose, my family took up residence on the property of a distant aunt of my stepfather. Her name was Appie Lane. Appie was an old time Virginian, transplanted to Fresno, some twenty years before. She was a stern old woman, but kind. She took to my Mom as to a new-found daughter. Her home faced a south-side street, and there were two houses on the strip of land behind it. In between those extra buildings stood an outhouse. The larger back residence had been tucked near the fence, just yards from a vineyard. We stuffed ourselves into it, all twelve of us, and proceeded to make the best of a situation. The schools we attended were thoroughly integrated, and I appreciated the diversity. We had just a few hours, after dismissal, to be playing in the yard. For, in the evenings, we crowded into Appie's house, to watch that new-fangled thing called television.

She went along with us on viewing much of what we liked, but drew the line with Disneyland, except when it featured Davy Crockett. "I can't go no more of it," she'd say, switching channels. "No wonder they call it Dizzyland." Her truest love became Gunsmoke when that show transferred over from radio.

It made for a satisfying evening, sitting among the adults, breathing the blue air, so turned by the cigarettes each one chain smoked. Even getting bitched out for squirming on the plastic covered sofa could not dampen the spirit.

Across the fence, on the left side, lived a Mexican family, every bit as large as our own. The bigger kids over there were all girls, and we about broke our necks, getting out to stare at them on bath day. The fat old mama washed them in a tub, behind the house, then they paraded, single file, naked and dripping, around, in through the front door. The lone exception, the oldest, was Theresa. She was my age, and it soon became obvious she liked me. A lot. When she chased other boys, to sock them, she would say to me, "I'm not going to hit you." I often found her by the fence, waiting for me, but I was not that nice to her.

She was fourteen, slender, and her skin had that fresh, translucent quality, so common with very young women. Her nose looked slightly flattened, and she was buck-toothed. But, her overall appearance made her mouth not seem so bad. I did like the girl, but I also felt that we could not be close friends.

Her grandfather, the occupant in the big house out front, shaved Theresa's head to rid her of lice. I guess that's what prompted my two oldest brothers and I to begin speaking of her in derisive terms. As we joked about her bald head, I recalled a name out of a comic strip. "Baldilocks," I said. And it stuck.

She laughed at me one time, saying, "You go to the dump and bring back junk." It was true. Beyond the vineyard, a dump beckoned, with boxes and bags of family refuse. We dug through the cleaner boxes, looking for books and anything of value. She would have come, too, I'm sure, but her parents usually kept a tight rein on her.

On Halloween night, my brothers and I would be out until after nine PM. We always would fill a galvanized tub, beyond heaping, with penny candies, gumballs, popcorn balls and the like. That year, I went home early, though I can't recall why. My oldest half brother filled me in, the next day. He described a boy backing Theresa against a tree, and her laughing, "Stop that f-king me."

There were evenings she serenaded me. "Don't be cruel. Oo oo oo," she sang.

One late evening, she stood close to the fence, and my fingers began probing her clothing. "No." She backed away.

Then she beckoned me come over, and we could hide in the outhouse. I leaped the wires with the steadying help of a post. What followed was an awkward bit of groping by a boy with no knowledge of the other sex. After a few minutes of it, I knew to get home before we were seen.

As I jumped down on my property, the mother happened in the driveway. Hearing her call Theresa by name, I ran for the house.

For a period of hours, I lived in dread. By the time I got home from school the next day, it seemed I must be in the clear. As I walked near our outhouse, however, Theresa's father called at me over the fence. He leaned against the wire, with both arms thrust through, waving and reaching as if to grab and throttle me. "Come here. Just you and no one else."

His wife called on him to get away from there. "He was f-king her," he began shouting.

Mom heard the commotion and came outside.

"I'm going to call the police," he threatened.

"Why don't you," she replied. Then he quieted down and went back to the house.

It was not many months after that, we moved to Texas. I did not expect ever to see Theresa again, but, I did. In 1965, after I left military service, I stayed for a time with Appie. Appie was frail, now, and she tired easily. One day, I came out of her house, and there sat Theresa, across the fence, with her three children. She had gotten very fat, and her teeth now protruded as they had not in an earlier time. She looked my way, and turned to the kids. I heard her tell the oldest one that she had one time been in love with me.

Later that year, after I went home to Texas, Appie died. Everything moved quickly, and she was buried before I could think about going there to say a final good-bye.