The love of two trees

by James 4 months ago in Love
Report Story

The puzzling thing is that a few days after he was pushed down, she also fell out of leaves and fell "with a bang", falling in his direction of him. 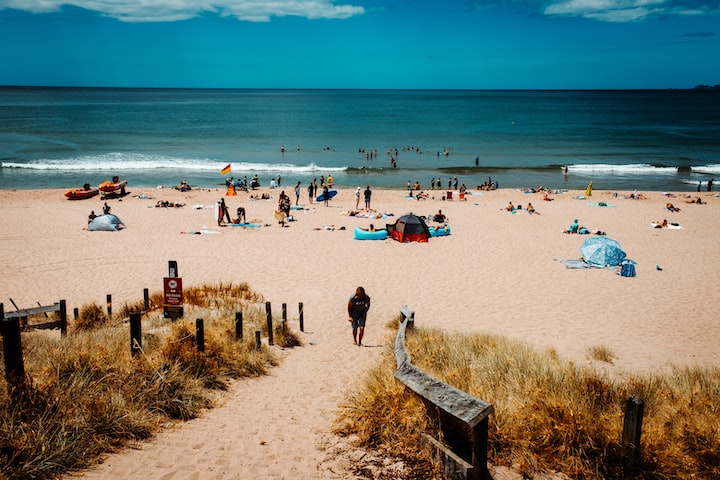 Photo by James Coleman on Unsplash

I don't know the year or the month or the day, but a little bird was carrying two laurel seeds happily flying over the mountain stream, and the two laurel seeds were left behind and fell on a piece of barren land beside the path. One seed was next to a piece of wet mud, and the other was next to a rock, more than a meter apart from each other. The seed next to the wet mud quickly sprouted and grew roots. The other seed had been lying next to the stone for a few days, and she felt a little sorry for herself as if she saw death beckoning to it. In her drowsiness, she heard a faint call from the roots of her kind as it drew closer and squeezed through the hard clay. She woke up and took advantage of a thunderstorm to suck in the moisture around her, bursting her thick shell and sprouting two light green leaves.

After a rainy season and winter snow, they grew like crazy in the first spring, the tallest branch being taller than the ordinary grass. They finally met this spring. Growing next to the wet mud, he saw her at once. After all, she was too far from the wet mud, too close to the stone, and sickly. His heart seemed to be struck by something and then tried to stretch the roots to continue to it.

Inspired by him, she picked up her spirits and tried desperately to collect the rain and dew, no matter how cold the midnight airflow was, she straightened her back and opened her leaves, just to suck in a little more of the moist midnight air. Even though the hot sun scorched the rocks during the day, and the scorched rocks burned her body, she was fearless. Her strong growth attracted more kinds of favor and affection, but she politely declined, because her eyes were only on him. She knew better, without his inspiration, she would have rotted in her shell. When another winter came, she was a meter tall, and he was far more than a meter tall and could block the cold wind in the mountain stream for her.

This winter, he was suffering from the cold wind, he was often blown off the leaves by the cold wind, but also by a frost frosted boughs. She was looking at the pain in the heart, but what can be done? She is too thin, no matter how can not reach his closest to her a leaf. The only thing she could do was to stare at him with her eyes, eyes full of gratitude and encouragement, and a little tenderness. So he got stronger, doing his best to spread his boughs and straighten his trunk, ignoring the wind, rain, and snow, forgetting the fact that he was still a seedling.

After a spring breeze, he finally touched her roots, and she touched his leaves. Only then did he realize that her root beard was covered with wounds; she realized that the leaves he had shielded her from the wind were frozen and oozing with painful sap. He wrapped his roots and whiskers around her, transporting a constant stream of water for her; she gathered the warmth and wrapped it around his pain.

The winter and spring, spring and winter, he and she grew to flourish, although she is a head shorter than him, but not the slightest look sickly. On the contrary, the contrast, he is so great, and she is so soft. Looking at his magnificent body, she had the idea of asking him to embrace her; looking at his tenderness, he dreamed of kissing the tips of her leaves. He seemed to see through her mind and grew happier; she seemed to have insight into his thoughts and did not feel closer to him.

He and she finally embraced and grew into a tree, blending into each other. She was embraced by him and grew happily together, from an obscure tree to a big tree, already a "crane" in the mountain stream. Now she has no fear of being burned by rocks, nor does she have to worry about him being frostbitten by rain and snow. They listened to the wind together and watched the meteor shower together. They also met every mid-autumn to bloom, dense throughout the autumn.

Their fragrance has finally been discovered, along with their considerable value. On a cold spring day, they were uprooted and transported to an unknown faraway place. As they were being uprooted, people laughed hideously as it was discovered that they appeared to be one tree, but were two trees, worth more than originally thought. For greater value, they had to be split into two trees to be sold. But their roots were so tightly entwined that they could not be separated. But the desire for value did not stop the people. They were brutally separated with the sound of a "whirring" chainsaw.

They were placed on two different hills in the city park, echoing each other. People gave them a nice name - Cowherd and Weaver.

To embrace her again, he straightened his bruised heart and desperately stretched his roots in the direction of her. But the steel and concrete here are hundreds of times harder than the dirt, he can only be futile, only to add new wounds. When all the roots were scarred, he finally withered and the leaves fell to the ground.

When people discovered the fact that he withered, they lamented and then pushed him down.

The puzzling thing is that a few days after he was pushed down, she also fell out of leaves and fell "with a bang", falling in his direction of him.