A secret group bound to save the world. 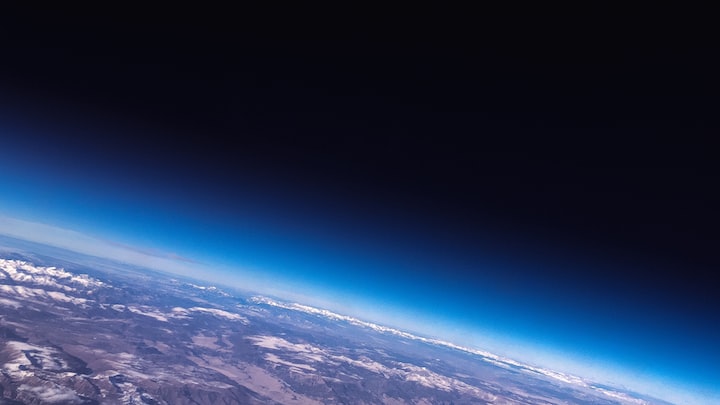 The invasion wasn't a surprise, yet most had assumed there was never a genuine threat. But then again, no one's afraid when they think they are at the top of the food chain.

Most didn't give evidence of these alien's malicious intent a second thought. Yet, there was a handful who'd been documenting this creeping invasion for millennia. They watched for them. They had assessed their capabilities and tried to understand the threat from a distance.

The first great chronicler of their arrival and secret spread went by the name of Bigby.

Bigby was a lone wolf. He lived out in the woods. He enjoyed the solitude and the time. He watched as the aliens captured and abducted those who lived nearby. Most never returned.

In watching their activities, Bigby knew that this was only the start. He chronicled their tactics and strategies, and he did his best to pass along his knowledge.

The next great chronicler wasn't until many, many years later. His name was Iorek. He took learning about the creatures to the next level by disseminating knowledge. He taught as many as possible. He knew that these happenings must be going on worldwide, and it was time to share stories.

They took those teachings and formed a group. They called it The Foundation.

It would become one of the most powerful secret organizations in the world. They had spies stationed in homes, research facilities, and businesses around the world.

It was a domestic spy, Benji, who first proposed the idea. Willow, current head of The Foundation, now embraced. It was big. It was drastic. But with things on the brink of opening up in new and terrible ways, maybe it was necessary.

Vlad reacted first, "You're overreacting. I mean, I haven't seen things change too much within my lifetime. Things are what they are. We're outgunned. Let's enjoy the détente while we can."

Side conversations erupted as everyone tried to absorb the idea on the table.

Since the invasion had begun in earnest, this council had met regularly using astral projection technology. This form of communication was their only advantage. Their foe surpassed them technologically in almost every way imaginable.

It had started as far back as Bigby. It had started with reports of strange craft that mysteriously maneuvered in the atmosphere. Willow's people, in particular, had been documenting their arrival for years. Only recently, they decided to share their information far and wide.

It seemed incomprehensible that these strange ships and their pilots would dominate their world. Yet, over time it happened. The Foundation had been planning countermeasures for years at this point. Willow thought it may already be too late.

She made a firm statement, "Look, for the safety of the planet, we need to work with each other to get this done."

"Hold on," chipped in Nancy, "how do we know that this idea will even work? I mean, isn't this going to hurt us too?"

"What are you worried about exactly?" Willow put to Nancy.

"Well, for one, maybe Vlad's people are immune, but what about everyone else?" asked Nancy.

"We don't have it easy," shot back Vlad, "I mean, why do I and mine have to sacrifice our peace and happiness to 'save the world?' Where's our back-up?"

Everyone added their two cents at once like an overrun wishing well. Willow brought them to order.

"The short answer is that it has to be someone who can get in close to and pass it along with as few noticing as possible. Our past test incursions have been all about Billina and Jodie's people working it into their food supply. We need to diversify. We need to find new cracks in the system. We need to be playing chess while they still aren't aware that we're playing a game."

There were mumbles, but most Foundation members were silent.

"Well," Willow considered, "What if it's a two-pronged attack with Vlad's team and also Rollie?"

"I'm still not crazy about putting my people on the front line," Vlad interjected, "but mitigating the risk is a better idea. I mean, you have to understand, I'm worried about retaliation. These creatures aren't exactly known for their measured response."

Rollie seemed distant but eventually spoke, "It's hard to volunteer for a task like this when you don't know the outcome. But I look around, and I see so many lives lost. Families are torn apart. They have hunted and eaten us. They have used our bodies for trophies. They tell their children that we are dirty animals, that we are food. Now they seem intent on destroying our homes in the name of their own gains. For that, I will work with all of you to get this virus into this creature and get them out of our world."

With those words and a passing vote from the Foundation, Willow of the Sharks nodded in agreement. She disconnected from the Astral link and was back in the cold waters of the Atlantic.

Her husband Bruce swam up to her, "Is it happening?"

"Vlad and Rollie will be the ones to release the virus into the human population. I think this time, it'll finally work."