by J.S. Kohout about a year ago in Short Story
Report Story

A couple decides when and how their relationship will end. 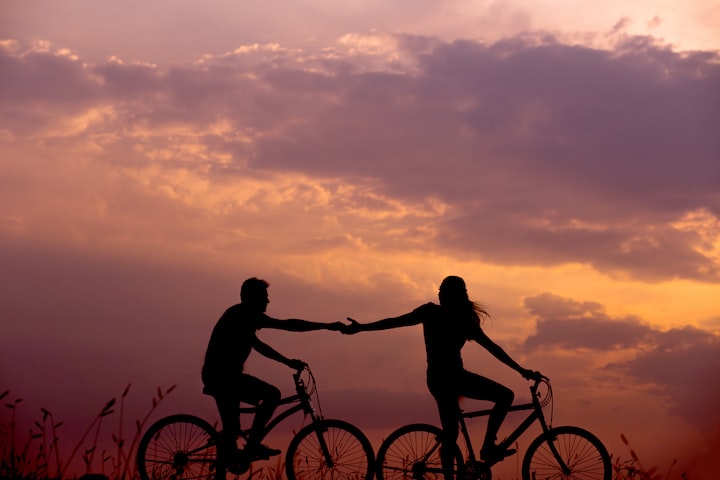 "I've been thinking a lot about anniversaries," Rebecca said as she grabbed a slice of pizza, "They're a bad idea."

"Oh?" replied Rob, "What's so bad about celebrating an anniversary? Seems like a nice thing to do. No?"

"For starters, it's completely arbitrary," she began. "There is no way to know when a relationship will end. They never seem to end in complete years. At any point, there could be a break-up or a death. It's messy and uneven. I want something better. I want something cleaner."

"Well," he sat down next to her, "What are you proposing?"

"Take the start point and the endpoint, and divvy it up into, say, 100 equal units. Then celebrate each unit."

"That doesn't sound much different from an anniversary. In fact, it sounds like you just want more of them." He smiled at her, "Plus, I think you're overlooking an obvious problem."

"Oh?" she asked as if not understanding what he was getting at.

Rob tilted his head, "Ok. I'll bite. How do you know when it's going to end?" Rob punctuated his question with a big bite of pizza, knowing he would sit and listen for a while.

Rebecca smiled, "To your first point. A year is a clunky piece of time with little real bearing on your own personal growth. It marks school years and holidays, but most of our lives don't have that kind of structure. Cars break down whenever. Pets die whenever. You move when the lease is up, but some leases are month to month, and what if there's a fire? You and I don't do our jobs by a yearly calendar. We do them until we don't. Relationships are like that too; you do them until you don't. But, within the time you're at the job, you grow, get better, get promoted, and continue. Unless you burn out and quit. Then the cycle starts again. I'm proposing that we forget celebrating the specific yearly unit of time and instead mark and enjoy these smaller pieces. We celebrate each piece in smaller ways, with the distinct knowledge that someday, these units stop. It increases our need to stop and appreciate what we have while we have it."

"Ok." Rob swallowed, "but that still means predetermining a firm ending. We never really know when things will end. Plus, how would we celebrate each unit? Would we have the option to renew?"

"Oh! Of course, there's the option to renew, but I think that's the point where you renegotiate the contract. Make sure priorities are still aligned. But I haven't finished answering your first set of questions!"

Rob took another big bite and gestured for her to go on.

"Yes," Rebecca continued, "If you divvy it up into 100 equal pieces, that makes more celebrations. What I'm proposing is that each celebration is smaller, more intimate. Then each unit is its own entity. For example, say, 25 could be the unit where you focus on childhood stuffed animals. Everything within the unit has an element of 'stuffed animal' to it. That way, you'll never forget anything that happened in unit 25. It will have memorable 'tags' attached to it. I mean, my parents couldn't tell you everything that happened in the year of their 25th wedding anniversary. But if I had a two-month span of my life that revolved around my teddy bear, I'd remember that forever."

"Sorry," Rob interrupted, "I need to stop for the sake of clarity. You're suggesting 100 'themed' units of celebration throughout our relationship?"

"I mean, if you want to be boring, we could use the traditional wedding anniversary themes for each unit." she replied, "The themes don't matter, babe. It's the units."

"Uh. Ok. Fine. Still, how would we ever choose an endpoint? Even if we pick an end date, how can we be certain something wouldn't divide us before that point?"

"It's about the units you spent together," Rebecca paused, then continued excitedly as if she just thought of the answer, "To make it more neat and clean final break, we could have a crash kit!"

"Yeah!" She exclaimed, "In the restaurant. If the computers all fail, we have a box of dupe pads and carbon paper for credit receipts. We never use it, and most of the staff wouldn't know carbon paper from toilet paper, but it's the safety net. It's security. We should have a box set aside that we only take out if the relationship stops before the expiration date! It's a clean-break, last-hurrah to seal the last unit!"

"Say I agree to all this," started Rob, "What is our agreed-upon end date? How would we even pick that?"

They made it to their 67th unit.

As Rob cleared out the closet, he happened upon a brown paper box. It was behind some boots, and underneath a pile of appliance instruction manuals, including for the broken TV that had long ago gone to the dump. There were also some genuinely ancient paystubs and a wildly unrealistic stack of self-help workbooks.

This box was a little smaller than a milk crate. At first, he had no idea what it could be. The answer came when he saw "Rob & Rebecca Crash Kit" scrawled in sharpie on top.

It'd been fun making the kit, at least from his end. They had each put together their piece in private. He'd assembled a smaller box and sealed it. He then gave that box to her, and she placed it, still sealed, into this larger box with her half of the crash kit surprise.

Rob had made what he called a "Forever Dinner."

He did a lot of research into "proper cooking." He bought and reassembled some freeze-dried, canned, and powdered meals and food elements. With these nonperishable food items, he'd constructed a proper three-course meal in a box that would be shelf-stable for a very long time.

Inside his were ingredients and cooking instructions. It started with spam meatballs, then Tomato-Butter-Miso Ramen with pickled vegetables, and it ended with astronaut ice cream sandwiches. It also included Vietnamese coffee and berry tea. Every part was inspired by meals and events in their early dating life.

He didn't know what Rebecca had left behind. Knowing her, it could be anything. It depended on her state of mind at the time and how she might perceive their units coming to a premature end.

He took the box out of the closet and put it on the kitchen table. He wasn't sure if he should open it or throw it away. Even though she wasn't in the room, Rebecca was in total control of how this last unit would end.