by Bella Blue 9 months ago in family
Report Story

This is what it means, to be loved.. 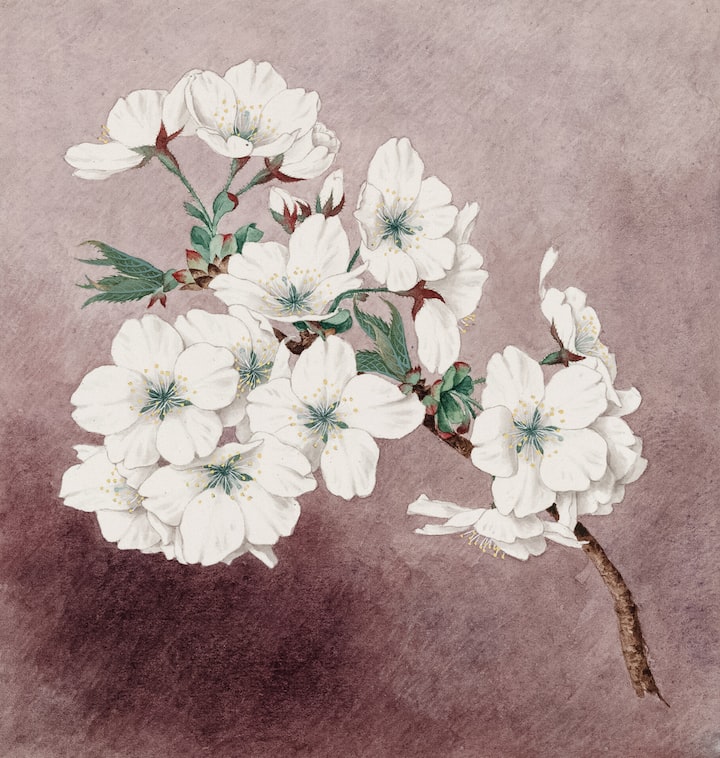 At 10 am , we stopped for coffee. I knew my mother was getting anxious and rather than smoke a cigarette, meditate , use drugs, or indulge in any other suggested method of relaxation , she chose to drink caffeine, lots of it and as quickly as possible . I watched her worship the paper cup that held her hot salvation.

Back in the car , we buckled up and continued towards my sister’s house. Former house . I corrected myself . Mom had insisted on driving .

“Do you remember the street?” I asked , slowly , my voice giving no indication that anything was wrong.

“Where she lived “, I continued.

“I’m fine” she replied. It was her standard response whenever she didn’t want to respond.

She reached for her coffee; her hands shaking as she sipped .

I looked out of the car window. My sister chose well. It was a perfect day to die; grey; cool; with a mist of undecided rain in the air.

We turned down an unfamiliar street . Mom shook her head but continued in silence . She turned left and drove down the next street . Again, it was unfamiliar .

“It’s a dead end street. Both sides of the street have a row of white trees with flowers . Rhododendrons .” She said emphatically.

My sister’s block was lined with Bradford pear trees. The white flowers were in full bloom when she and Joe were newlyweds and bought the house.

“It’s a sign !” she had exclaimed gleefully, taking my hand, and pulling me into the master bedroom where the bay window offered a magnificent view of the street below.

I rolled my eyes. “Everything is NOT a sign!”

“It is too !” she had insisted. “ Pear trees are signs of life and fertility . To some they mean rebirth since they bloom every spring and, in many cultures, they are protection against evil . “

I insisted that the only protection she would need was from the Mary Kay representative dressed in a pink suit, carrying a sample case, and making her way down the block towards us.

“What’s it called?” my mother’s inquiry broke my memory.

“The Avenue” I responded. No name. No direction. Everyone knew the street where the trees created a canopy of white blossoms.

She turned right at the end of the block and onto The Avenue. It was easy to see why my sister had wanted to live on the street that became a scenic postcard every spring.

My mother turned into the driveway of house number 17. It had been another “sign” according to my sister. She interpreted it as a good luck omen for her new life. “ 17” was a lucky number.

We found Joe sitting at the kitchen table, drinking water out of a plastic jug, looking defeated. He stood up and I shook his hand . It was a firm handshake.

My mother stood behind me and glared at him.

“Hi, Ms. Mae” he said meekly. He had called her Ms. Mae since the beginning of their relationship . He had never sought to change it.

My mother narrowed her eyes at him. If she needed a scapegoat , she had found one.

“How did you let this happen?” she growled at him.

Joe sat down and covering his face, cried silent tears. His face had flushed red and was covered with fat rivulets when he looked at my mother and said earnestly, “ I didn’t know. She said she was ok. She was feeling better. She was fine. “

I looked away in disgust. “She was fine.”

My sister had always been what polite people called “pleasingly plump”.

Every year, our doctor would comment that my sister’s weight fell outside of the “normal range” of numbers for her age and height. Every year she tried a new diet with a new name and new promise of fast and easy weight loss . Every year she was haunted by the numbers on the scale.

In college, my sister had discovered the secret formula for weight loss, returning home for Christmas break , 30 pounds lighter and with a new routine that included early morning jogs, 16 different supplements that she swallowed in rapid succession and the elimination of all carbohydrates from her diet. She could devour an entire roast beef by herself but would run away from a piece of toast .

While I was helping her pack for her return to school, I noticed a prescription bottle.

She grabbed them from me and secured them safely in her purse.

It was the first of many lies she told herself.

After college, she met Joe. They married and bought the house at 17 The Avenue.

We had a family dinner on Sunday every week, rotating houses, and menus. My mother made the traditional Italian sauce with pasta. My sister grilled steak . My wife had different trays of food catered when it was her turn , hoping to broaden everyone’s palate .

My sister never sat down at dinner, always running for a missing condiment, or extra ice . She would feed her two dogs at the same time, preparing their food, after everyone was served.

“Eat!” she would insist, mixing kibble with canned food. We ate .

On cue, the dryer would mysteriously ring and she would disappear to fold laundry until everyone had finished their meal. She was an amazing hostess, but she never consumed what she prepared.

My sister looked pale in a new dress . Joe had taken a new sedentary job , which caused him to gain weight . The buttons on his new shirt were straining to stay closed. When I commented on the safety pins, she had used to keep her dress from sliding off her shoulders she told me she was “fine” , and she only appeared to be thinner , standing next to Joe. It was a matter of perception she insisted.

“Your sister what ?” she exclaimed , “It’s my fault?” she was seeking to blame someone ; to point her finger and demand answers to questions that no one had wanted to ask.

“My sister died of heart failure. She took the dieting too far. “ I stated without emotion. If I didn’t feel the words, then they weren’t true.

“And she weighed less than she did at 9 !” I screamed back.

“I need coffee !” my mother shouted as if the person who was loudest would win the round and an imaginary prize. She opened cabinets and searched frantically for the can that held the ground beans for her magic elixir. The coffee would solve everything.

Joe walked outside into the front yard . I followed him.

“They took her away and I don’t know what to do” he said plaintively.

“How can I help?” I asked half-heartedly. I didn’t want to help; I wanted my sister back. I wanted to convince her to stop this obsession; to drink protein shakes; to take more vitamins… to want to live.

“She was always cold. For the last few months, she lived in sweatshirts. She could never get warm. I want her to be warm. “

“She told me she was drinking protein shakes. She emptied them out when I wasn’t home and filled them with water. She drank four of them a day in front of me, but it was only water. “

“Joe, no one could ever get my sister to do anything she didn’t want to do”

“Your mother blames me,” he said flatly.

“My mother blames everyone” I replied.

“You can sell the house, come live with me and Terri, take some time .” but my voice trailed off as I offered suggestions just to fill the air with words and kill the deafening silence .

“Your sister loved this house. She loved the white blossoms of the pear trees that lined the street . They meant life and protection to her . They meant this place was something special. There was even something in a book about rebirth. I’m never selling, Vince. Your sister will always be here. “

I put my hand on his shoulder. I wanted to comfort him.

“My sister would say, that's a sign !” I said smiling.

Joe laughed. I laughed too. Sharing my sister, would keep her alive.

We sobered quickly when my mother opened the door .

She glared at us long enough to express her extreme disapproval before barking ,” The coffee is ready !”