by Ana Lewett 4 months ago in Young Adult

Finding yourself somewhere between dreaming and awake 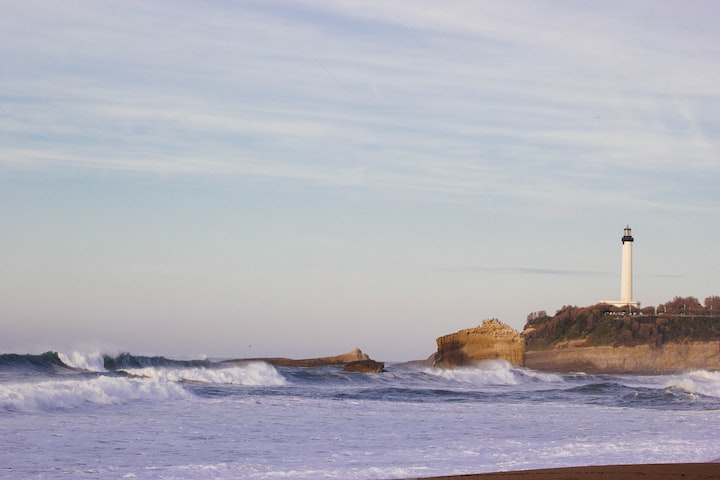 I moved on a whim. To be fair, I was being pushed, hurried, towards leaving. After four exhausting years in a city I was beginning to detest, the city I grew up in, it was due time to leave. The dreams I once had of pouring out all my secrets to a star-crossed lover stroking my face as we were falling asleep... of climbing up the career ladder after months of late nights, early mornings, coffee-runs for Big Boss (not because she asked, but because I wanted to) … of following a spiritual path and growing my broken soul surrounded by vast nature and a bustling city holding hands by a Golden Gated Bridge… The very dreams that landed me back in this town in the first place were now so far removed from my reality. I was in fact failing, and straying farther and farther away from my Truth that I once held in such confidently high standards. Life was kicking my ass left and right, disappointment after letdown, for me to stumble and redress myself upon the right path. So no, I did not move on a whim, but I was moved to do it in a mysteriously whimsical way that I’m still trying to understand.

I woke up from a horrible nightmare. The kind that wakes you in sweats, furiously checking your whole body to make sure you’re still there, heart pounding, “FUCK!... that was just a dream!” type of relief. In my dream, rats were dancing. Except, the rats weren’t rats, they each had a different face of my closest loved ones giving me vile looks. With each pirouette, Kasey or my father or my coworker Lilla would cast a sharp-toothed, evil grin with frowning eyes at my lonely self on the sidelines, so offended that I wasn’t invited to the big rat gala. They let me know that they were mad at me in their own mean rat way, and this all made perfect sense, I was the world’s biggest loser in my nightmare. I ran out of this strange celebration in heaping sobs; sad at the abandonment, scared of the judgement, and disappointed at my own sheepish evasion (Why couldn’t I hold my ground? They’re just rats dancing and they don’t even look cool doing it). I was ready to delve deep into the symbolism of my dream - a curious self-awareness I often have while dreaming - when suddenly, a fuzzy barn owl swooped low to my face and began tugging at my teeth with its beak. I screamed and flopped and fought this tiny gray creature with all the fight I had in me, which is close to none in Dream World. The tiny owl was vicious. It fought back and fluttered around my head with pounding wings and blinding blows. I can still feel the panic as these words flow out of me. The owl vanquished, it tugged and tugged at my teeth, grabbing a few as my hands covered my mouth in bleeding horror. This is when my eyes shot open, and I made it back to Awake World just in time to get ready for work.

That week, the owl taking my teeth left me with such a strong sense of unease that I had no choice but to act. The commute to work was uneasy, the state of the world was uneasy, but the uneasiness of my life was mine and I was in charge. Dreams took over that week. I began to remember retired dreams from a life come and gone. Goals I had easily put on the back burner because they were so far-fetched at the time: jump ship and move to a country across an ocean or two, learn to speak words of love in a new language, know absolutely nobody wherever I end up. Dreams of soft jazz, tea-soaked mornings, and cold beaches. I began to remember visions so real and tangible in my mind’s eye that it would’ve been blasphemous not to reach out and grab for them. Something much larger than I moved me to act spontaneously, urgently, courageously. On Tuesday, I decided that Friday was the day I would tell Big Boss that I was leaving. On Friday, I quit my job. In two weeks, I would leave the country. There was no plan. I had enough money saved up to leave and sustain myself for a few months. On Friday, I cried nostalgic tears, an homage to a past self that would’ve been so proud to see me not sheepishly evade my Truth.

It's now been a few months since I moved. This new life does have soft jazz, and tea in the mornings, and colder than I imagined beaches. I am living the very dreams I once put on the back burner, it’s a true story. The finer details have quite literally been lost in translation: nothing unfolded the way I once dreamed they would. The magic is found between the cracks, in the unpredictability, and in the alignment of knowing I landed exactly where I was supposed to land in the most unconventional way possible. My neighbor hates soft jazz and buzzes my doorbell every time I play it on my Bluetooth speaker, and yet a local pub has a jazz night every other Tuesday, an unassumingly raucous occasion to drink fine wine and lean back in dark, velvety shadows. The tea I drink lifts my spirits on the harder mornings and forces me out of the comfort of my too-big-for-me bed in my lonely studio apartment. At the beach, where I make a daily pilgrimage, I’ve been drenched up to my waist several times while trying to casually let the waves lick my toes, the local surfers scoffing as I laugh hysterically at myself for doing it again, colder and happier than I’ve ever been. Uneasiness comes and goes, I’m learning that uneasiness is life and life happens in the delicate force field between Dream World and Awake World. Be ready to have dreams so uncomfortable that they move you to act in optimistic rebellion, and don’t be afraid to lose a couple teeth doing it.