by Mariann Carroll 6 months ago in family
Report Story 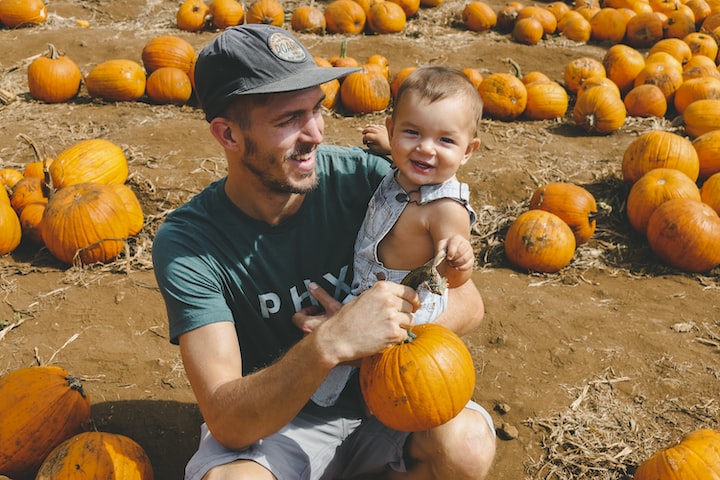 Photo by Derek Owens on Unsplash

Chad finally got married in the fall of 2022. He married Melione in a very grand ceremony.

They had a grand barn wedding near the edge of farmer Wubbels pond.

The theme was green. The bride wear green bridal gown and the groom wear a green matador suit.

The town folks were all invited to this grand wedding.

Carlos John was born, 10 pounds baby. Melione had to get a C section.

Chad was such a proud father. There were complications to the pregnancy

And Chad had to bring the baby home first. Melione had to stay in the

hospital for 2 weeks after she give birth to Carlos.

Everyone was worried about Melione, Chad visited her everyday with their

Melione had to go back to work . She had a game app she had to finish

that she started before her pregnancy. Power Up Dragon 2. She will be

abroad for 3 months. She have to live Chad and the baby.

Chad became a pro at changing and feeding baby Carlos. They have plenty

Of helpers in the farm. When Chad had to make the major decisions , he

Would call Melione’s parents or his parents to take care of the baby.

Chad took the baby with him to visit his wife to Thailand. Everyone on the

airplane was in love with baby Carlos. Chad made sure he had everything

Smell up the whole plane cabin. Everyone was so nice and supportive about

it they offer to help. Chad talk to the baby while changing him and Carlos

Just giggle away . Chad give the baby a hug and kiss. He took the

They arrived at one of Bangkok’s airports , Suvarnabhumi.

Melione was there waiting for them. They hug and kiss . Melione held and

Keep kissing baby Carlos on their way to the car . Carlos did not cry.

He seem to remember his mommy from the everyday video calls .

Melione try to put Carlos in the car seat but was having difficulty. Chad had

to secure the baby in the car seat.

Melonie took them for a tour around the traffic congested Bongkok City.

Carlos fell asleep in his car seat. Chad was amazed how his wife was able to

drive. They arrived at the compound.

“ You are in for a treat. The country’s king and Crown Prince will be

visiting the compound tomorrow.” She told Chad as they were

getting ready for bed.

Carlos was sleeping on the crib next to their bed. Chad and Melione

had a steamy love making reunion in the shower , so as not to make up

the baby. When the got to bed , they could not help themselves.

The baby sleep thru the noise in his crib.

Melonie was not in bed when Chad woke up. The baby was still sound

Asleep. Chad went to used the bathroom . When he came back the baby

was awake. Chad pick Carlos up and making soothing sound so the baby

won’t cry. He change the baby diaper and went in search of his wife.

The compound was like a mansion but used as a technology facility.

Melione was in the study of their suite, with high tech computers screens

surrounding her. She heard noise behind her and turn around with a big

Smile on her beautiful face. Melonie have long blond hair and turquoise

eye color. Chad could get lost in her eyes. You can’t not help but stare at

“ Ready for breakfast, babe? Can I feed Carlos or did you feed him

“ I will get the bottle ready for you, honey.” Chad went to the little

kitchenette that was part of their suite and a bottle for the baby.

He handed her the bottle while giving her a long kiss. He could not get

enough of her . “Babe , we can continue this later.” Giving him a

mischievous sexy smile of hers. Chad can tell she was completely turn on.

Carlos was just looking at his parents and cooing.

She caddle the baby and fed him his bottle that he was reaching for.

Carlos was holding the bottle. “ He can hold his own bottle, now?”

“ Yes, he start holding it last month. “ he answered.

“ I feel so bad , I am missing some of his milestones.” Melonie said looking

“He is definitely growing fast, I took him shopping for some bigger size

Baby clothes. He wears a size 12 months and he is only 4 months old.”

“ He going to be big and handsome like his dad.”Melonie said giving their

baby and her husband a loving smile.

Bebe, we better get ready the King and Prince will be here soon.

Ready to met the king of Thailand.

They were already at the grand foyer of the compound , when King

the baby and holding his wife’s hands and took a bow together , before the

They had lunch with the Royal family.

emergency. It was a bettersweet reunion for the couple. Melonie will be

home by Christmas . Melonie was glad she marry Chad , he is such a good

I hope you enjoyed the third story of Chad and Melonie love story.