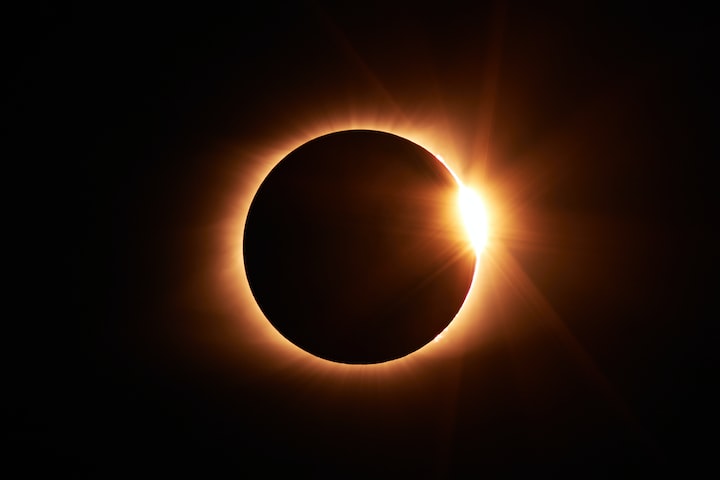 Photo by Jongsun Lee on Unsplash

Nobody can hear a scream in the vacuum of space, or so they say. However the sound registered, however, a lot of people heard it on multiple worlds. The monks on Teoa could hear it perfectly though only while they were in their meditative state. It seemed to register with different races across the galaxy in different ways as well. Empathic species like the Hassos couldn’t just hear it, they could feel it and millions of them joined in the Scream, their fur standing on end. Later on, they described it as one part terror and one part anguish. The warrior races like the Nidoi-Cang and the Oorlogskreet, declared the Scream a battle cry, and they armed themselves for war. The governments on human-controlled worlds didn’t acknowledge the Scream at first, in fact many of their so-called experts and pundits scoffed at the notion of someone or something making a sound that could carry across more than a third of the galaxy.

Sound didn’t carry in space, so it must be mass hysteria or probably a Nidoi-Cang plot. A prankster later claimed credit for the Scream, and people were so on edge they accepted the explanation without considering further how an audio signal was only picked up by people or species that had some sort of altered state of consciousness or who were openly psychic. The Scream was largely forgotten. That is until a few standard months later when it was heard by far more people, even ones without any sort of abilities. It became more pervasive, to the point that a lot of people couldn’t tune it out. Some people were so affected by the Scream that they turned to stronger and stronger sedatives, sometimes with disastrous results.

A passenger liner carrying over two thousand people ended up crashing into Verlore Spaceport, killing over twenty thousand people because the flight crew were sedated while they were flying the ship. There were so many medical malpractice claims from surgeons who were out of it trying to get some respite from the near constant sound that many insurance providers wouldn’t even cover any further claims. Then just as suddenly as it all started, the Scream ended. Across hundreds of worlds, people rejoiced at the blessed silence. Bit by bit, governments throughout the galaxy relaxed. A couple of government agencies were still investigating, but for almost two years, the Scream was silent.

Other items took precedence in the news. A new alien species was discovered. They were called the Mentiders. They were highly intelligent, humanoid, and almost supernaturally beautiful. They were intrigued by the Scream and had heard of it during trades with other cultures, but they had never heard it themselves. Even though their ships were formidable, they apparently were peaceful. Unlike first contacts with other species, humans welcomed the Mentiders with open arms, probably because they were so much closer to human than other races like the Hassos or the Nidoi-Cang. Soon, Mentiders started appearing throughout the many different star empires including among the Terrans.

On the Terran colony Llanca, a, such things seemed far away. Only a few settlers on the planet had heard the Scream, nor had they ever met a Mentider. That is until one day, a ship docked that had a family of Mentiders aboard. A lot of people gathered round the newcomers, and welcomed them, fawning over how beautiful they were. People that had been on the same ship clasped the Mentiders as they passed by, their smiles like those who had met old friends.

Up in the hayloft, a young boy stiffened. He could hear his uncle Allan bellowing again.

In the shadows of the barn, Robby could easily see his uncle out in the yard but knew he couldn’t be seen by him. His ear still stung from when his uncle had cuffed him for being ‘mouthy.’ Robby could almost smell the cheap booze on Allan’s breath even from his hiding place. Robby clutched his backpack but waited until his uncle staggered off.

He came out of the barn slowly. Allan grabbed him from around the corner.

He pulled the backpack. Robby struggled. Allan fell backward. Robby grabbed his backpack and pelted up the road.

“Get back here!” Allan bellowed and fell trying to chase him.

Robby could hear his uncle cursing but kept on running. He sat on a log, catching his breath. He opened the backpack. A Yorkshire terrier popped his head out, sleepily looking around. Robby patted the dog’s head, his hands shaking. If he could hide well enough, he hoped that he and Houdini could stowaway on the transport that just got in. He didn’t know where it was going, but anywhere had to be better than here.

“We have to keep running awhile, boy,” Robby said, keeping a wary eye out for Uncle Allan or anyone else who would try to take him back.

As Robby approached the town, he could see a crowd of a few dozen people gathered around a few newcomers. They were taller than even Old Chris Marlowe, and eerily beautiful, with long amber colored hair, and a shimmering gold aura about them. The tallest of them seemed to be looking right at him. Robby felt a curious sensation of fear, as though some predator was stalking him. The leader of the strangers turned away. Robby said a quiet thank you. With everyone focused on them, no one was watching the ship. He snuck aboard the transport and made his way to the cargo hold. He found an empty corner behind some crates and fed Houdini some of the food he’d stolen from Uncle Allan’s pantry. Sleep had been a stranger for many weeks since he had come to Llanca to live with Uncle Allan. Life became a series of slaps and punches during the day, and sometimes at night…

He found himself getting anxious.

Houdini growled softly, and pointed towards the outside, where the newcomers were.

He fell asleep, but it wasn’t restful. How long he had slept he didn’t know, but Robby felt the ship lift off. He woke up to find Houdini growling and barking softly in his sleep. He shook him gently awake. Houdini blinked up at him but drifted back to sleep. Robby settled down, but it took a long time for sleep to find him, and when it did, there were nightmares of a hungry ogre chasing him and a group of golden eyed strangers watching him mockingly.