The self diary of so much more than a janitor 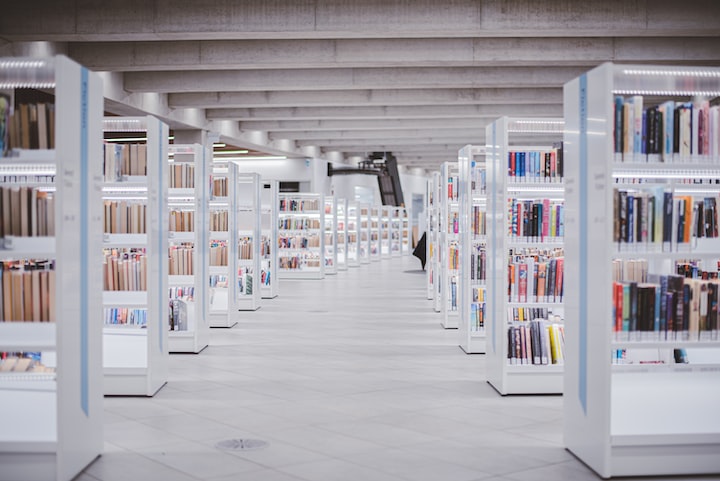 Photo by Ryunosuke Kikuno on Unsplash

He would laugh if he had been created with a voice box. Instead, 12-11’s shoulders just shook up and down. A cheap imitation of the human equivalent.

His real serial number was QRT723212-11. He preferred 12-11 though. Preferred the way it rolled off of his creator’s thick tongue when they pronounced “Twelve Eleven”. He hadn’t had a single being attempt to even read his name tape in an expansive amount of time.

12-11 would replay his name in his mind. Over and over again as if it was a prayer to be answered. He wouldn’t even know how to ask the question if he was being honest with himself.

Mainly because he wasn’t birthed with the inane gift of speech. He could how ever log everything down in his internal processors. An entanglement of binary code, with no need of the waste pen and paper created. 12-11 often wondered if it was cathartic for them though.

The meat sacks he was charged with cleaning up after.

He was one of several hundred on the ship that was currently whizzing through space. A drop of oil running through a vast ecosystem of machinery. The details of each job may have appeared dirty, lowly even. They were crafted and contained, maintained through a series of codes and regulations.

Each machine’s job led to the delicate homeostatic balance.

The ship itself didn’t contain its own consciousness. None of the other fellow mechanically minded and made individuals on the ship did. Not to 12-11’s knowledge anyways.

He would pass their empty husks in the halls. Busy bees needing only to be occupied with the task at hand.

In the beginning, he had to be careful to self regulate his obsession over watching them. When, it had dawned on him that perhaps not ever other metal being felt the way he did on the inside, it set off a chain reaction in his mind. Through his sensors he would watch, would pray for any sign of outward existential crisis like the one he had.

They started as tremors in extensors. Fidgeting of lights. The occasional twitch of consciousness.

They had overwhelmed him at first. He felt that his actions screamed out to be noticed, where no one yet had to realize that he was in there.

That he too was alive.

Sometimes he felt nothing about it. The solitude of his job didn’t aide in any of his longings for connection.

12-11 supposed it could be worse. He could have been charged with aiding in the perceived increasingly dirty or degrading job. The one’s that would limit his self-musings. The heavy task of loading cargo, delivering babies, or simple being a waste reciprocal had all been ones that he had taken note of.

Maybe his job wasn’t his calling, but he was what he supposed the word happy could consolidate.

Most of the ships data was contained and easily assessable by the plethora of monitors that lined the ships walls. The human beings wanted for not, when it came to instant knowledge. There was no need for them to run their finger tips along the pages or dive deep into the static knowledge that is a book.

12-11 slid the book along with it’s aching bindings back onto the shelf, before searching for any other’s that may need repairing. Since, the dwindling for the urgent need to stare at pages no longer hit the inhabitant of the ship, he was left to his own devices most of the time. So he had spent most of his waking hours reading.

No, at first he had spent endless hours attempting to find something to fill his own time with. He had forced himself to shut off on more than one occasion. Spent time downloading codes and knowledge he would never actually need. Like the programming to learn how to shovel snow properly. Where would he find snow in the vacuum of space? Especially when the ship was self-containing. There were points of complete loneness that threatened to drive him into madness. The urge to scream had been so intense that he dreamt of feeling the relief it’s release might bring him. He hadn’t even known he could dream.

Now, it was completely different.

His favorite books were about space. Not the knowledge of space or the factoids of it. The dreams, the musings that the humans had about space. Whither they were right or wrong of somewhere in between. 12-11 enjoyed the comparison he could make between facts and reality. His dreams against those that had come before him.

No one could hear him scream. So he would have to suppose that author was right. But, they were also wrong. If he no longer felt the intrinsic, almost animalistic need to scream, who would ever actually hear it?

Writing so I can obtain the main goal of writing.

To call myself a writer.

More stories from Olive and writers in Fiction and other communities.