by Abi Alexander 2 months ago in Series
Report Story 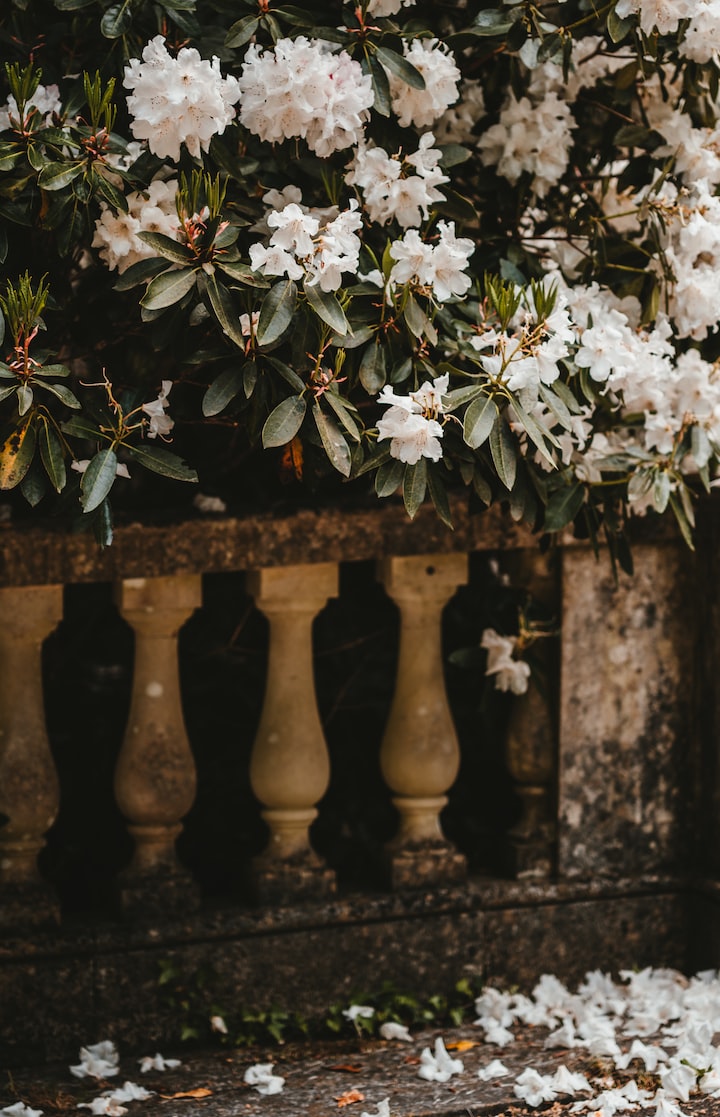 A vibration next to her arm pulled Norah back to the now and the comfy leather armchair she was sitting in. She blinked twice to re-orientate herself and her eyes shifted from the diary to her bright phone screen where a photo of a young Norah, smiling broadly, was wrapped in the arms of a striking woman whose head was thrown back with laughter. ‘Mum’ flashed above the picture.

Norah felt sick to her stomach. Long gone were the days where the two of them spent any time laughing together anymore.

She considered letting it ring off to voicemail but realised that would cause more problems than it solved in the long term.

“Hi Mum!” she affected a cheery tone, which her turned-down mouth countered. “I was thinking about giving you a call this weekend.”

A snort came through the speaker close to her ear.

Norah flinched at the harshness in her mother’s voice and thought of how unfair that was. She, honestly, had been thinking about calling her mum and had decided against it for the exact reason she was now wishing she had let the call go to voicemail.

Not wishing to get into a phone argument in public, she feigned ignorance.

“I guess it was. Good timing. How are things?”

A long pause met her question and she began to pick at the corner of the fraying armchair out of habit. Years of therapy had moved her own from picking her own skin to inanimate objects.

“Have you heard from your father?” her mother sniffed as she said the words, as if she had suddenly got the whiff of a bad smell.

“Not recently, no” Norah answered honestly feeling a swell of relief she wouldn’t have to lie for him this time.

“I suppose he is off enjoying his galivants too much to bother keeping in touch with his family it would seem.”

Norah pulled the phone slightly back from her ear in case the venom in her mother’s voice somehow travelled down the phone line and spat itself at her.

For once, Norah slightly agreed with her mum. Not that she would ever let her know. It had been a couple of months since she had last spoken with her dad and he had promised to be back in touch with her soon. The regular updates of him and his yacht in various sunny locations on his social media meant that she knew he was well and, yet, here they were, both still waiting to hear from him. She hated being put in the same boat - pun intended - as her mother at any time but especially when it came to her dad. Their relationship was supposed to be different.

Still, not looking to start a fight, she didn’t rush to her usual defence of him and tactfully changed the subject .

It did the trick. Her mother’s mood changed instantly and she launched into a five minute gushing tirade of how beautiful the various flowers were and what would be in bloom next.

“You really should come and see it you know Norah. It would be nice…. to see you.”

Norah nearly spat out her mouthful of coffee in surprise. It had been years since her mother had invited her to visit, let alone imply that it would be a pleasant thing to happen.

“Um…um…um… I mean, er, yes I will. I mean I’d like that too” and she found herself surprised for the second time in as many minutes that she actually meant it. Her voice softened “How about the weekend after next?”

“Yes, that sounds perfect. I’ll pencil you in.”

“Ok, I look forward to it mum,” and not wanting to give either of them the opportunity to ruin this gentle peace they had created, she wound the conversation down.

“I’ve got to go now. There’s someone coming to deliver a fridge to the new place. I’ll see you in a couple of weeks then” she paused for a fraction of a second “I…. I love you mum.”

“Ok my sweet. Make sure they put the fridge in for you so you don’t strain your back” There was again, a seconds pause, “I love you too.”

The line went dead and Norah, brow furrowed stared blankly into space as she tried to work out what had just happened. It felt like she had briefly entered into another universe where her and her mother had avoided a catastrophic-style falling out over nothing and had actually engaged in a positive interaction.

Still locked in her inner world, she hurriedly packed herself up, smiled distractedly at the kind lady behind the counter and whipped around to the door colliding with a bundle of curls, that had the contents of her bag spilling everywhere.

Cursing, Norah bent down to pick things up whilst the owner of the curls crouched down beside to help her.

Norah cut herself off as her eyes met the woman she had smashed into. Pools of hazel stared back at her and she was utterly lost in them. She forced herself to look away and swallowed, her cheeks colouring.

“That looks like a well-preserved book. Must be a much loved one” a sweet voice came from the woman as she passed her back the diary.

“I mean… if a diary about a closeted lesbian from the 1920s is your vibe, then yes I would say so.”

Norah hitched her bag onto her shoulder and found herself staring up at the hazel-eyed goddess.

“Wow! That is definitely my vibe. Is it new? I’m usually all over any new queer media, especially anything with a nod to past, as you may have guessed.” she gestured to her clearly vintage swing skirt which cinched her waist in perfectly, or so Norah thought.

“Oh, it’s not a book. Well… I mean I guess it is, but it’s not a published book. It’s a real diary. Don’t know how to say this without sounding a bit weird but I found it in under the floorboards of my flat.”

She shrugged as she accepted the oddness of what she had just said.

“Well, it looks like under the floorboards is where I’ll have to start looking for all my new material then I suppose.”

There was a light tone to the curly-haired woman’s voice that Norah knew well because she was usually the one using it. Was she flirting with her? Was that just wishful thinking?

“You’re welcome to come and look under my floorboards for more elicit diaries whenever you like.”

Norah had to physically stop herself from cringing. What was wrong with her? What was it about this person that was making her lose her well-known cool?

“Steady there, tiger, Let’s go for a coffee sometime first and you can tell me all about this one. I might even ask if I can sneak a little peak at it.”

Ok, now there was no doubting it. This woman was definitely flirting with her.

It was an odd sensation for her to be experiencing this away from a seedy, poorly lit bar at two o’clock in the morning but it wasn’t an unpleasant one Norah had to admit. That, in itself troubled her.

Flirting in the dark meant one thing and one thing only. It was like wearing a neon sign that flashed ‘hook ups’ - but flirting in the day time in adorable cafes was another. That could mean dating; waking up next to someone, having feelings for someone. All things Norah was trying to avoid with the same ferocity as catching a virus.

“Here, while you make up your mind, here’s my card. I really would love to take a look at that diary and if you do fancy that coffee, well then give me a call.”

She lent over and tucked a business card into the card pocket of Norah’s jacket, unfazed by the fact Norah had just frozen up. She gave her a light wink and wandered over to the counter.

“Teresa” she sang out, “and how is your world on this wonderful day?”

For the second time that afternoon, Norah found herself speechless. It was not a habit she was keen to get into. Aware she was just stood in the doorway like a lemon, she turned and, after ensuring she was not going to mow anyone else down, left the café and headed back to her apartment. After several wrong turns, which she told herself was taking the ‘scenic route’ Norah found her way back home to tackle the mountain of unpacking she had left.

More stories from Abi Alexander and writers in Fiction and other communities.