by Tyler Delmotte 2 months ago in Short Story

A Killer's Confession by the Pond 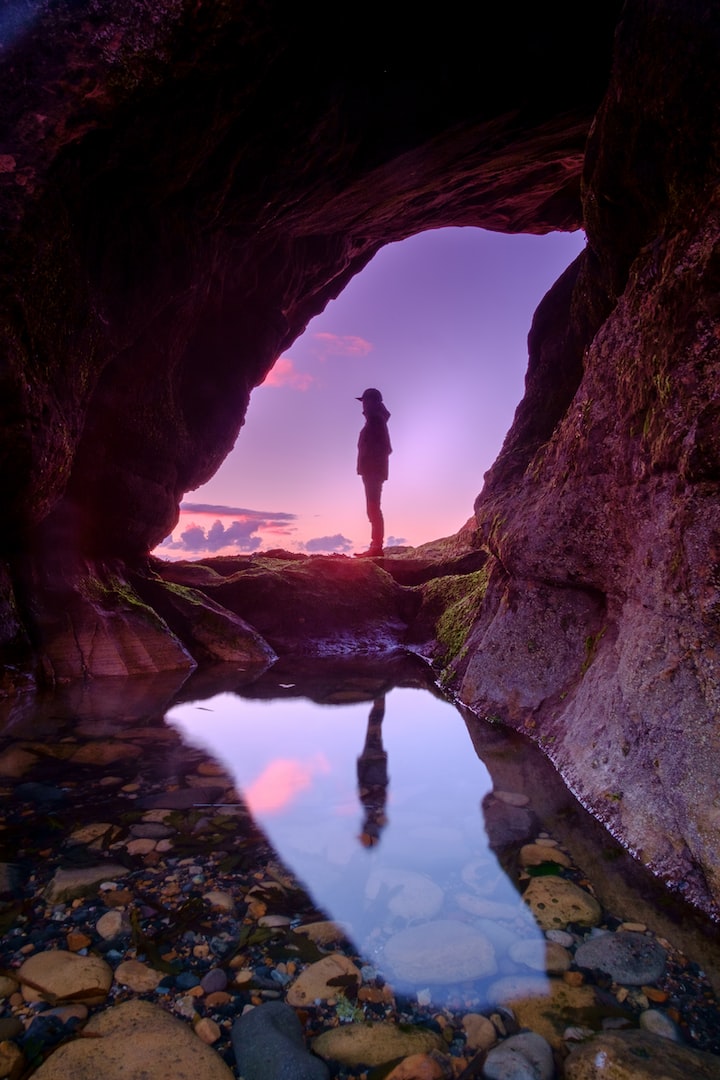 Photo by Luke Leung on Unsplash

My sister Barbara went missing Thursday, October 1st of 2017. I loved her more than anything, as did the rest of my family. I can still remember how worried my mother was when my sister hadn’t come home from school. It wasn’t long before my mother’s worry turned into panic. Barbara had left for school that morning, but never got there.

My brother Eric was off at college, while I had just started my sophomore year in high school. Since my brother was away, my parents had to go through this turmoil alone.

Mr. and Mrs. Sebold sat on their couch as the police questioned them. They stood mere feet away from the married couple in as stoic a manner as possible. It proved difficult, especially for Officer Milton, a young officer. The senior officer beside him – McBride – instructed Milton to keep his emotions in check.

“The families of missing kids aren’t always the most stable. I mean, imagine losing your kid. How would you feel? Would you want to sit around answering questions for hours on end? Keep the questions simple and brief. We want as much info as we can from them, but we don’t want to upset them,” McBride told his subordinate.

Milton stood quietly in front of the Sebolds and took out his notepad and pen. “Mr. and Mrs. Sebold, what time did Barbara leave this morning?” Milton asked.

“I fed her breakfast and she was out the door by 7:45,” Mrs. Sebold responded tearfully.

Milton wrote down the time. “What was she wearing?”

“Her school uniform – she goes to Nightingale Prep,” Mrs. Sebold said while rubbing her eyes. When we called her school though, they said she hadn’t went in today.”

Mr. Sebold looked into McBride’s eyes. “You should speak to her friends,” he handed the officer a piece of paper, “and talk to the school too.”

McBride nodded. “We’ll look into this right away Mr. Sebold and we’ll do all we can to find your daughter.”

“We won’t stop until we find her,” Milton interjected.

The officers walk outside the Sebold residence and into their cruiser. McBride is shaking his head. “You shouldn’t say things like that to the families.”

“I was just trying to give them hope,” Milton said sheepishly.

“That’s not gonna help them any if we can’t turn anything up!” McBride exclaimed.

I remember watching my parents hold each other on the couch; my mother crying into my father’s arms. I wonder if the officers really thought they’d find Barbara. I’m sure my parents were far more hopeful than they were.

Eric drove home the next day to be with his parents. When he walked through the door, his parents held him tightly, afraid to let go. The three of them spent the following few days putting up “missing” posters for Barbara. A local newspaper even interviewed the trio. They were on the front page with the headline: “Where’s Barbara Sebold?”.

After speaking to Barbara’s friends, teachers, and anyone else she interacted with, the police came to the conclusion that no one she knew had seen her the day she went missing. Typically, Barbara would go to school, walk home, and either attend a study group or visit a friend’s house multiple times a week. She would rarely if ever deviate from this routine. They had nothing.

Eric sat at the kitchen table with his father across from him. Mrs. Sebold was sleeping on the couch with a bottle of sleeping pills on the coffee table beside her. Outside, snow was falling and Christmas lights were covering the neighboring houses. The Sebolds however, had taken a turn for the worse. No one knew where she was or what happened to her.

Eric looked at his father. “Do you think we’ll ever find her?”

Mr. Sebold looked at his son with concern and quietly shook his head. He struggled to hold back his tears.

My sister was always the talk of the town – so was Eric for that matter. Barbara though, was talked about even more after she went missing. However, instead of speaking about her aloud, people would talk about her in secret. I guess it’s not quite as easy to talk about someone’s daughter once they’re missing for a couple of months. My brother and parents were crumbling. There was only silence in the house. It started to pain everyone too much to even utter Barbara’s name.

By January 2018, the police had stopped actively searching for Barbara. And with Eric being sent back to college by his parents, Mr. and Mrs. Sebold were alone in the house. Neighbors stopped coming over the house and would instead stare at the family from afar with piteous eyes. A once well known and well regarded family had essentially become outcasts. Everyone found it difficult to face them, for fear of saying the wrong thing.

Barbara, like our brother, was brilliant. My parents noticed – at an early age – Eric and Barbara were highly intelligent. In order to foster such “brilliance”, they sent them to private schools. But me? Well, I didn’t score as high on the tests given to us as children. I was sent to public school where I wasn’t given the kind of attention that my siblings got. My parents didn’t care about my grades or my achievements. I was already an idiot, so why would it matter if I got an A or not? It’s not like I’d amount to anything. I was basically deemed the black sheep.

Sarah Sebold was 15 years old and a sophomore in high school. She had shoulder length brown hair and was of average height. As she walked down the street, people walked right past her. No one noticed her, nor did they care to.

In town, was a large park. It had numerous footpaths that surrounded a large playground. However, what most people didn’t realize was, that past the abundant trees at the back of the park, was a large pond. Sarah loved to sit on the grass beside it and watch the water as she would draw or write.

My parents would walk through the house thinking only of their first two children: their precious Eric and Barbara. There wasn’t any space for a disappointment like me. My parents never thought to ask me about whether or not I’d seen Barbara. Even the police that came to the house didn’t think to speak to me.

On Thursday morning, Sarah was standing over her desk. Her expression was solemn and her fists were clenched. She put on her jacket, grabbed her backpack, and left the room. As the door shut behind her, Sarah’s drawings could be seen on her desk – defaced with crude words and images.

Sarah walked down the stairs and into the kitchen. Her father kissed her mother and Barbara goodbye as he headed to work. For Sarah, her father simply nodded and offered a “have a good day” and a wave. Sarah went to the fridge as Barbara and their mother laughed together at the kitchen table. They didn’t even notice Sarah as she walked past them and out the front door.

Barbara’s school was a fifteen minute walk from home and the park that Sarah would frequent was in the center of her commute. Sarah waited at the park’s entrance for her sister.

Barbara couldn’t help her arrogance...it was ingrained in her. Eric was arrogant too, but at least he was never cruel. Barbara couldn’t stop herself from thinking that the world revolved around her. And she loved to keep people down.

Barbara was walking to school when she noticed her younger sister standing at the entrance to the park. “What the hell are you doing here? Did you forget your school is in the opposite direction?”

Sarah was angry, but she wouldn’t let her sister see it. She remained calm and stone-faced. “Can I show you something?” Sarah asked.

Barbara shook her head and approached her sister aggressively.

Barbara rolled her eyes and walked into the park. “Alright idiot, just hurry up and show me what you want to show me…”

Sarah led her sister down a footpath that led beyond the trees in the back of the park. Barbara walked closer to her sister.

Sarah was clenching her teeth and holding back the urge to scream. She remained quiet as she led Barbara to the pond.

“Woah,” Barbara whispered. Barbara could see the pond in all its beauty. It was large and surrounded by vibrant green grass. The trees around it added to the beauty. Barbara continued, “so is this where you go all the time?”

Sarah nodded. “This is where I come to clear my head.”

“I didn’t know you had anything in your head,” Barbara joked.

“Cruel. You mock me, make me feel worthless –”

Barbara interjected, “that’s because you ARE worthless. I mean, you’re a moron who won’t ever succeed,” Barbara turned away from Sarah, “Me and Eric will have these great lives – we’ll have families, money...a future. But you Sarah, won’t have any of that.” Barbara looked at the water as she laughed.

She shouldn’t have turned her back to me.

Sarah leaned down and picked up a large rock from the ground. She walked up to her older sister and hit her in the head as hard as she could. Barbara fell to the ground without uttering a sound. Sarah un-laced her sister’s shoes and used them to bind her wrists and ankles. She filled Barbara’s backpack with heavy stones.

Barbara started to wake up and moan in pain. She slowly opened her eyes to see Sarah filling a second bag with stones. “W-what are you doing?” Barbara asked.

“I could have dealt with being ignored. Even with being the black sheep of the Sebold family. But you…” Sarah tied the second bag of stones to the shoe laces around Barbara’s ankles. “You had to treat me like I was filth. Why? Because I never went to the fancy private schools? You’re so full of yourself. I wonder what kind of future you’ll imagine when you’re drowning in this pond.”

Barbara started to cry as she struggled to move. “Untie me you bitch! Stop! Y-you can’t do this!” The stones in Barbara’s backpack and her bound wrists made it impossible for her to move.

Sarah pushed the large bag of stones connected to her sister’s ankles toward the water. “That’s where you’re wrong. I can do this. And I will. I’ll never have to hear your voice again. I’ll be able to go through the rest of my life without feeling worthless. Any last words?”

Sarah pushed the bag into the water. It pulled Barbara in, dragging her through the grass – with a slight push from Sarah, Barbara sunk into the depths of the pond.

My family finally started to notice me after I graduated high school and showed them how I got full-ride into art school. It was the first time I’d ever impressed them. I visit them on vacations from school, but they had the opportunity to care – too little, too late. I did love my sister more than anything...but that was a long time ago. It wasn’t necessarily her opinion of me that made me kill her. It was her cruelty.

Come to think of it, no one even found out or otherwise mentioned how I got to school late that day. Invisible. Non-existent. It’s January, 2021 as I write this. I’m sitting under my favorite tree beside the now frozen pond – my sister’s grave.

Here to post my thoughts, short stories/excerpts from screenplays and poetry.

I'm also part of a podcast: