Find Out Who You Really Are

On such a large planet, under the same land and the same sky, is there really no absolute purity of a piece of paradise? 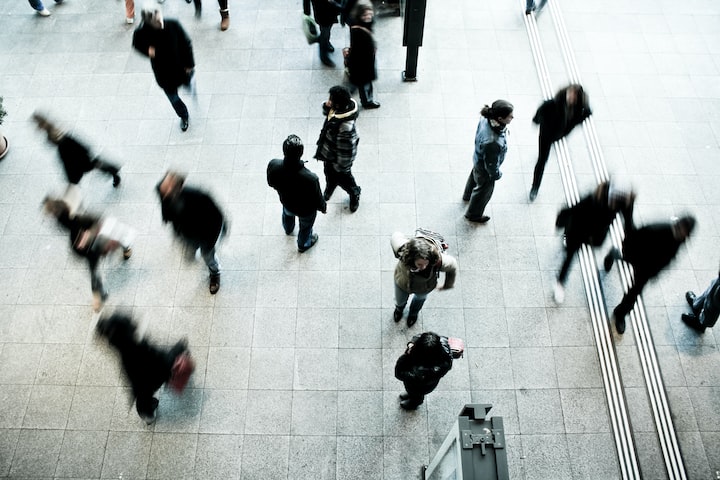 Photo by Timon Studler on Unsplash

No one daresThere is no one who dares to say that in my life from the day I was born until today, I have not done a single thing to make myself or others suffer. I can live with a clear conscience. I have not moved to hurt others because I have not harmed anyone yet! I'm afraid Confucius could not give a definite answer even if he lived to this day! Some people say that even Romeo and Juliet might have been separated even if they had lived up to now, so why is that?

If the leader of a country, the leader of a business is to make us in the lower class of the people live better so that our lives become happier, then in their hearts is not also the existence of the desire for power, in their walk up the stairs, is stepping on the failure of how many people, and how many people's blood and tears! Maybe in that feudal dynasty, those emperors are stepping on the bones of countless people to their throne, in this so-called civilized world, there is no one to sacrifice and die. I hear all kinds of gossip every day, is not true I do not think, but undeniably, but there is such and such subterfuge in the silent wandering along with everyone's heart! Everyone is drowning in a sea of subtle rules and subterfuge! Perhaps you will say, I do not go to subterfuge others, I will be subterfuge by others! Just this idea of not hurting others will be hurt from which era, in the end, does it begins to appear? Does it mean that in the era of the apes have already appeared? I don't believe it, I don't believe it, I don't believe there is even a minute of silence in the world! Not even a minute of innocence! We used to say that children are the most innocent in the world! But what about now? Looking at the reports on the Internet, can you still say so justifiably? Are children innocent?

With our human technology advances day by day, in distant outer space there is no more harmony than we love the simple intelligent creatures. Why are every novel and every movie about how simple the intelligent creatures in outer space are? It's like the peace-loving Autobots in Transformers, why are some of them so peace-loving and non-aggressive? Why in Ni Kuang's novel there will be some intelligent creatures in outer space to save the Earth by all means and even sacrifice themselves, in so many intelligent creatures for us humans to sacrifice when we always learn not to be good, can not learn to return to simplicity! Why do we like to watch more and more youth idol drama, because the simplest time is simple? Remember the "Death Maiden" inside the Watari said, only when you can not cross I will appear, will become the god of death to take you away, turn you into the cornerstone of the bridge for me to support the bridge! How many people can not cross the barrier in life, and become the cornerstone?

When you go out every time, facing so many people with obvious purposes but pretending to be pure, what will you think? Besides coping with the false smiles of these people and falling into the same category as them! How much you are yourself! Don't you think these people are machines? A group of machines that can not express their thoughts, only hide only hypocrisy! Even the words and expressions of each one of them are so amazingly similar! More in tune with each other than twins, more in tune with each other than relatives!

The real soul hides in the shell of its construction, whether because it is afraid of being hurt, or afraid to face its true self! Fear of seeing the reality of ourselves as so small, hypocritical, cruel, and aggressive! If at this time someone says, in hurting others attacking others at the same time I am also hurt and condemned by their mind! Then why do you still want to tirelessly attack? Just because of the fear of being hurt by others? Could it be that you have become accustomed to this way of survival, once you let yourself not attack others, you do not even know how to survive? That is to say, attacking others, and laughing until the end, has unknowingly become part of your life, and can not be divided that part! Is it like a snail? Without the shell of the body is fragile, a gust of wind will hurt themselves! So only with a shell that will hurt others, looking at the people they hurt, smiling away at the same time, but also to laugh at his weakness! And also with the crowning reason to comfort themselves, I did the right thing, or else the hurt must be me, rather than watching their own lonely sad licking their wounds, it is more interesting to see them fail!

So, in the future, humans will disappear because of selfishness, cruelty, and? Or maybe the countless civilizations that may have once existed on Earth are disappearing for this reason? Or even migrated to outer space just to get rid of the evil side of human nature! Then at this moment in time, I just hope I don't see this day happen in my lifetime, or even in my children's or grandchildren's lifetimes!

The greed, ruthlessness, aggression, aggression, cruelty, selfishness, and that insecure mistrust of human nature! I don't want to see more and express it more clearly!

On such a large planet, under the same land and the same sky, is there no absolute purity of a happy land?

Looking at these busy people, I just want to ask, how long will it take for you to wake up and find yourselves? Only then will you realize the world in a new way!

In this society, how many people are completely unable to find themselves, completely lost? Even if you give him a chance, he will never be able to find himself! Is there a little bit of sadness and regret? What is the reason that makes you so completely lost, refusing to face finding your true self? Is it the utter disappointment with the reality of society and human beings, or is it the fear of seeing a different self?