by Colleen Borst about a year ago in Fable
Report Story

A retelling of The Golden Goose, as collected by the Brothers Grimm. 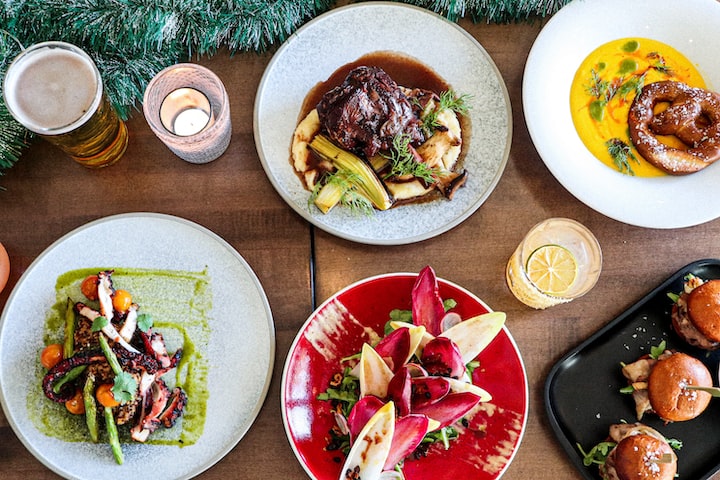 Photo by Aleisha Kalina on Unsplash

There was a man who had three sons, the youngest of whom was called Dummling, and was despised, mocked, and sneered at on every occasion. "The Golden Goose", as told by the Brothers Grimm.

Our table hasn’t always been full. And sometimes more empty chairs surround the table than not. But today there are so many of us here that we had to drag up the extra leaf hiding in the garage and bring out portable tables to set up the food. Someone has pulled out a few twin sheets and laid them over the tables as makeshift tablecloths, and we pile mismatched plates, cups, silverware, and napkins on one side of the food table.

Sophie pops her head into the living room turned dining room, flour clinging to her hair and dusting her shoulders like she just walked in from the snow.

“Cass,’ She roars at me, ‘come help carry shit to the table!”

I start laughing when I walk into the kitchen. In true Sophie style, cooking dishes and utensils are piled high on the counters, ingredients and appliances lay about with no apparent rhyme or reason, and peppered in the chaos are realized dishes waiting to be served.

Sophie points to a dish, “Vegan ham toast points, put ‘em by the dishes.” and another “Green salad, put it at the end, and grab some dressing from the fridge.” The list and pointing continues. Chickpea salad. Fried Chicken. Vegan fried chicken. Chili in the slow cooker. Cornbread waffles. Smashed potatoes. She instructs us not to touch the cake.

She turns to me and smiles.

“The mess is half the fun. But I ain’t cleaning it up.”

Rosco hands Sophie a glass of white wine on her way out of the kitchen, which she grabs before making her way to the head of the table. Everyone serves themselves, heaping their plates high, before settling into a seat. The table was originally meant to seat 12, but with benches in place of at least half the chairs, and armchairs set out around the table’s perimeter, there could easily be room for 20.

I settle into an overstuffed olive green armchair behind Rosco and Sophie and look over the table. We’re a chaotic sight, a mix-mash of ages and backgrounds, some of us wearing jean shorts and tee-shirts, and others of us dressed in vintage shop femme finds with old mink stoles around our shoulders, or draped head to toe in black and cheap jewels like a 1990’s teen goth dream. The whole room swells with the cacophony of joyous conversation.

Rosco taps his glass with his fork, an effective technique to quiet the room. He raises his glass and proclaims “To chosen family!”

Everyone raises their glass in return, and Sophie responds “To family!”

I smile. This is nothing like the family dinners I grew up with. While it’s true we all gathered around the table, the perfect picture of the nuclear family, there were rarely smiles, let alone laughter. Last I heard, my two older brothers, both the shining stars of my mother's and father's eyes when we were young...well, they weren’t that bright these days.

That’s the magic of social media…. Your family can kick you out on your 14th birthday while calling you a sissy, refuse all contact from you for more than a decade, and you can still find out all the shit they’ve been up to with a few simple clicks.

It’s not that I wanted them to exactly fail, but I’d be lying if I said I didn’t feel a little vindicated. My eldest brother was on his way to becoming an MD, until he was caught pilfering pain killers. I don’t shame him for stealing--but I do judge for hoarding it all for himself. Where I sit, we all know the US health system is fucked, and we all do what we can to make sure the people we love have what they need to survive. It’s called mutual aid. My brother though? He was just selfish. And now he’s lost any chance at that lucrative career.

My other brother, the middle child, blew his knee clean out his second year in the pros. I’d been out of the house a few years by that point, but I do know he’d spent everything he earned as quick as it came in on himself. And then, in one single minute...poof. It was gone.

So now they all just had eachother, and their sadness, to keep them company.

But the family I have known for more than a decade is one that knows how to laugh, and knows how to share joy even when shit falls apart around us. Sophie get’s up from her chair, disappears for less than a minute, and comes back with decadence in her hand. The 3-tier chocolate cake is decorated in edible bronze sparkles and gold leaf, and she’s piped rainbow flowers in a thin ribbon that snakes around the cake.

“Cake with dinner!” She announces. Her love language is to share what she creates, to fill bellies, and satisfy sugar cravings. It’s how she built this chaotic family, and I couldn’t be more grateful.

As an artist and a writer, I love pulling strands of folklore into our current world, imagining what could be, and paying respect to the past.

More stories from Colleen Borst and writers in Fiction and other communities.