by Amaryllis Blake 3 months ago in Sci Fi
Report Story

in stunning leak of classified government documents, the world reels in... 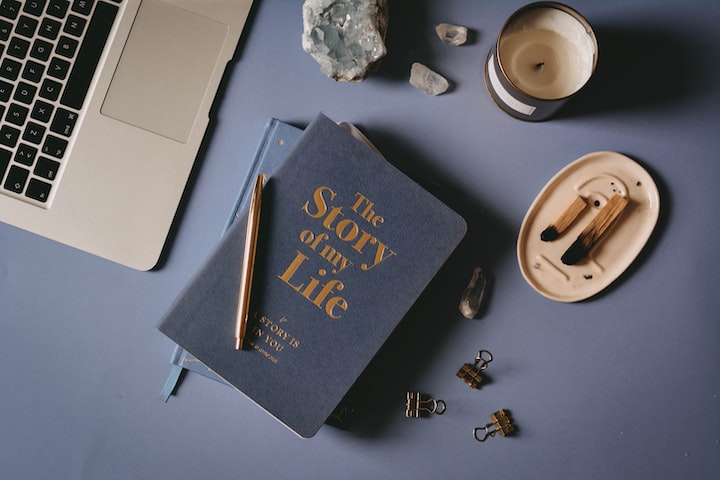 There weren't always dragons in the valley. They used to reside in the mountains and oceans but as man's hunt for wealth, and profit brought them to ocean sides and mountain tops dragons slowly shifted from oceans and mountains to valleys. A handful of valleys nestled in between mountains so tall man hopefully could never find them. Unfortunately, man's greed was never ending and eventually they were found. The dragons we hear about in myth and lore of razing villages and terrorizing peasants are just that myths. In reality dragons tend to be pretty peaceful. They do hoard treasures and things, but their treasure hordes depend on the dragon's nature. I have met dragons that horde books (Layla) dragons that horde clocks (George) and even dragons that horde different flowers seeds (Arla of the Mecka line weirdly enough) . They horde what they are passionate about similar to humans. Some dragons can breathe fire but that is more of because of the sulfur and similar gases that ignite upon contact with oxygen when they expel them. Dragons were long living intelligent and benevolent in most cases. As with all species there are the outliers and exceptions. Arthur the Black for example enjoyed setting fire to villages and terrorizing peasants -he's actually the reason why you have most of those stories in history. And Belinda of the Opaline line loved to steal girls with fair skin and eyes and keep them like pets. But again, they are the exceptions. So, when man finally discovered dragons were in fact real and not mythical, and they finally quit trying to kill them they brokered a treaty of sorts. Included in the treaty was humans would cease attacks on dragons, hide and protect the fact that dragons were real- so only a select few within the government actually know about them- they in turn would not harm humans, would keep to the designated locations, and most importantly share their knowledge -as mentioned before dragons tended to hoard what they were passionate about and while dragons were few they had quite a long time to collect a few different hobbies in which they were passionate about. Many technological advances were made with the help of dragons in fact some people believe it was aliens but in reality, it was the dragons who gave us the leap forward. Dragons were kept within a handful of mountains valleys and protected facilities around the world. Partially because of the difficulty of moving them secretly and partially because of the fact that dragons believe in grave tending. Mountains like Mount Everest are actually burial grounds of dragons. Dragons being such long lived creatures continuously grow just at a slow pace, so the older the dragon the larger the dragon and when they passed on they tended to pass on after a very prolonged period of not moving which the accumulation of dirt and other things tended to form mountains which is why there are some mountains that have high calcium deposits within them and some have formed volcanoes (certain lines tend to have more firepower shall we say. ) And as I'm looking at this rambling mess of a page, I've written I realize why my supervisors hate my reports. I do in fact jump from one thought to the next with very little to bridge between them.... Maybe I should take that reporting course that Aaliyah was talking about. Let me start over.

My name is Alistair Blake, I am a Dragonologist and medical researcher in the US branch of Goplex Incorporated. The main company involved in dragon-based advancement. My dragon partner is Sasha of the Kamisora line. And together we work on advancement in the medical field. The most recent thing we helped create was the COVID 22 vaccine. Back in 2019 when the COVID 19 pandemic hit it really messed up the world. Government shutdowns, borders closed, people in self-contained quarantine, the whole nine yards. It was awful and took us 10 whole years before it got even slightly under control. Now with the latest variant being discovered on August 8, 2186, the vaccines are similar to the flu vaccines. Sasha and I are working on a vaccine that will hopefully eliminate it for good. However the fact the dragons exist was leaked and the world is now losing its collective mind the progress is at a standstill. So to keep me occupied since I can't sit still I plan to use this new journal to record for prosperity(I hope) the changes that will undoubtedly take place as the world at large learns of the existence and contributions of dragons.

I am mother, wife, and domestic goddess with a bit of hippy gypsy flavor. I write, dance, create and/or manage chaos daily. A lover of fantasy, romance and strong female leads. New to sharing my work hope to gain experience an confidence

More stories from Amaryllis Blake and writers in Fiction and other communities.